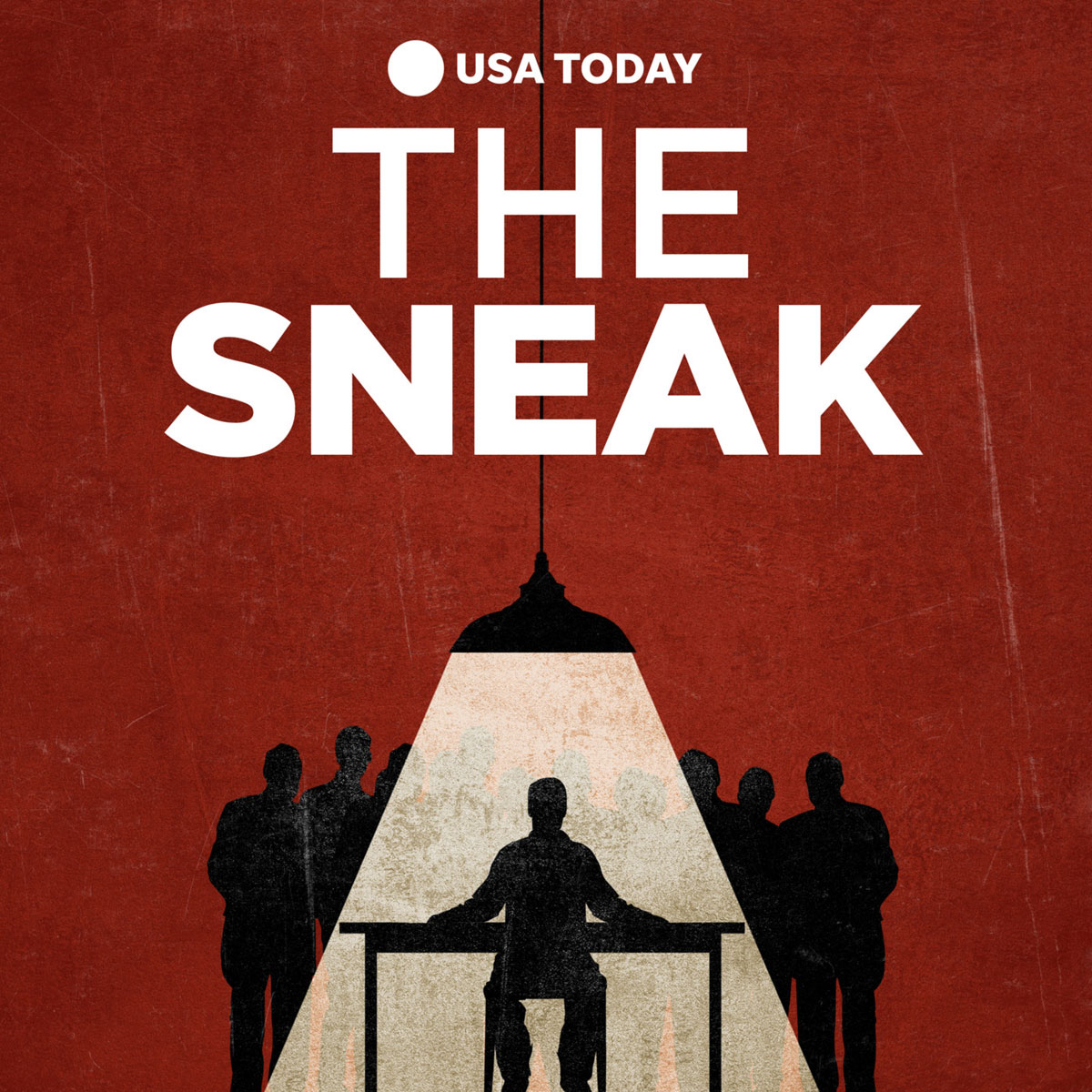 The Sneak: Murders at Whiskey Creek

So, the question is, are there just more crimes, or just more people out there to talk about them on a microphone? Because, judging by the number of true crime podcasts, you’d think we were in the midst of some sort of murder renaissance. Even when the crime, like in the case of The Sneak, happened back in the 1960s. These podcasts have become so popular and voluminous that even USA Today Sports has moved into the genre. I mean, sure, the subject of this one, Jack Roland Murphy, was a one-time surfing champ, but that seemed almost incidental in a life that included everything from violin virtuoso to famous jewel thief to murderer to minister.

Why then did I pick this pod over the hundreds of other true crime stories out there? Like most others, I listened to a little sample without any kind of plan to see it through and then just found myself getting absorbed by the story. Often it’s the approach of the pod host that actually scares me away. So if he or she is actually inoffensive or decent, of course, it can heighten what would otherwise be just another so-so true crime story. I’ve begged off of pods five minutes in when the narrator’a voice annoys me or the narrative methodology is irritating. Luckily, in the case of The Sneak, host Nate Scott does a decent job of bringing us along in his journey with Murph the Surf, whom he manages to interview multiple times and seemingly befriend before his untimely demise. Murph’s, not Nate’s.

The tale of Jack Murphy is a pretty engaging one on its own. He’s a bizarre dude; athletic and smart and a musical prodigy. Only to end up being the guy responsible for the biggest jewel heist in American history when he broke into the Museum of Natural History in NYC and made off with priceless gems and jewels. After spending years of swindling old, rich ladies. Everything he did was savant-like. It’s just amazing a guy this talented and this charismatic chose to use his talents for illegal nonsense. Only to somehow use that same charisma and chutzpah to talk himself out of a life sentence and into a new life as free man ministering to other convicts. A non-religious guy accused of theft, robbery and murder who has some epiphany. The “call.” The weird thing is, in all the interviews he has during this pod, he talks more with pride about all his misdeeds than he ever does about Jesus.

And therein lies the main question here: is Murph the Surf an unrepentant thief and possible murderer who is faking his conversion? Or is he truly a changed man, trying to make good for a lifetime of crime? If you listen to the other folks interviewed for this pod, the shit is for real. But Jack made a career of talking his way into and out of things, so perhaps these people are just as blinded by his latest ruse as they were in his previous undertakings. The secondary question is what the heck happened at Whiskey Creek, where two young women were brutally murdered? Jack implicates himself in all sorts of shenanigans. Including some episodes where some bad guys had “accidents.” He doesn’t seem shy or even evasive when telling stories that often start off with him going to get a pistol. But when it comes to this core crime, his transparent stand falls apart. He’s clearly spinning a yarn and doesn’t want to cop to anything. Because jewel heists are cool and sexy. Killing ladies, not so much.

Anyhow, there’s a reason that there’s been a lot of interest about Murphy over the years. He is this distinctly American character type that we’re fascinated with. People like Frank Abagnale (the Catch Me If You Can guy), Jesse James and even Ted Bundy. People with skills, talent and brains that seemingly could have been put to use in ways that didn’t lead to lives of crime, but did anyway. Murphy seems especially interesting in that he can do everything from play sports, music and influence at the highest of levels, but was presumably bored by all of that. And instead decided to rob, shoot and crime his way into infamy. Even in his new interviews he seems almost nonchalant and even prideful about his exploits. Despite the fact he’s supposedly now a reformed man preaching the righteous path to inmates. His friends are convinced it’s for real. But our narrator remains skeptical. Especially for the fact he won’t come clean about the worst of his alleged crimes that ended up with two dead women. I too remain skeptical because you can’t change a man’s true nature. All of this makes for a pretty interesting listen, even if we really figure the man out.