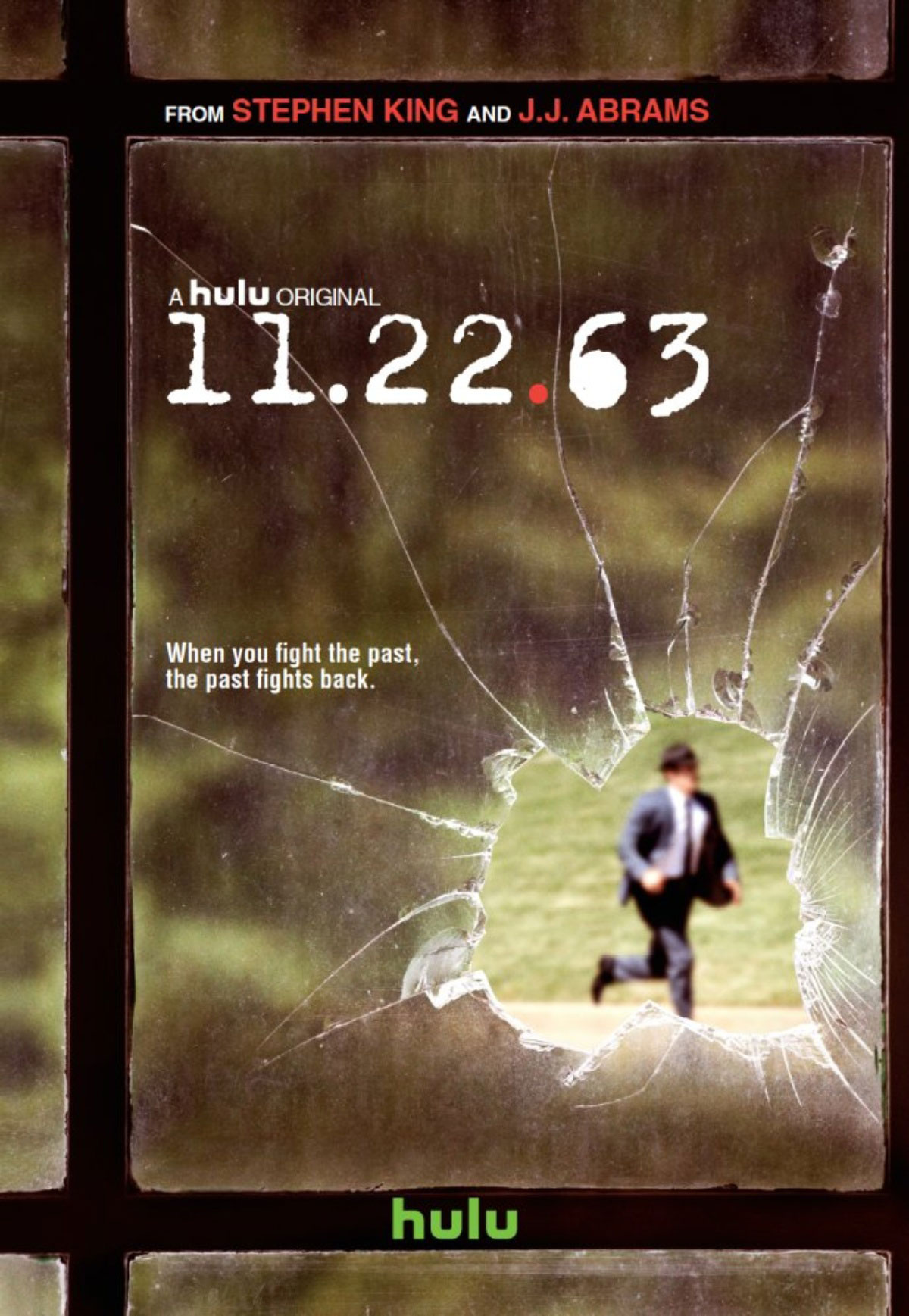 I read Stephen King’s 11/22/63 on a beach in Anguilla. Anguilla beaches are beautiful. So I could probably read a book on Hungarian agriculture and be happy with it. But, as I recall, it was a pretty entertaining read. Making a mini-series out of it makes a lot of sense. People love Stephen King. And people love stuff about the Kennedy assassination. In fact, I read 11/22/63 precisely because it intersected my childhood reading habits, which included both King novels and several books that in retrospect were probably dicey conspiracy books about the whole assassination plot. Voila.

Making a period piece is tough. You figure super-monied networks like HBO would do a wonderful job with it. Something like a TNT, less so (despite them trying it on several occasions). Having not much experience with Hulu originals, I was a little skeptical about their ability to put the production quality into something this stylized. The results were mixed, but relatively positive.

The second concern is James Franco. He’s certainly an interesting and sometimes very funny guy. But I think of him more as a “features” guy. You know the guys. The Ja Rules and Ludacrises of the world. Sean Paul. Shaggy. Pitbull, even. Dudes who you’re happy to hear from for a couple bars, but would tire of quickly in a complete song or album. Franco burns hot. He’s a twitchy guy. His acting is not subtle or naturalistic. He’s the guy in the acting class who reads angst and anger into every script and feels the need to out-act everyone else. That’s just the gear he’s in. And maybe it’s his face. He has resting rage face. There’s something active in it even when it’s at rest. And that smile. That absolutely psychotic smile of his. He has the smile of a serial killer. Even when he’s supposed to be smiling warmly. His smile says, “I’m gonna fucking kill you and eat your bones.” And sometimes in this series that’s exactly what he’s thinking. But most of the time it’s not. And it’s off-puting and confusing.

So, could they have found a better actor for the high school teacher turned time traveler? I think they could have. He’s inconsistent. I don’t really buy him as a teacher. And the edits that they made from the book to the series remove some of his motivation to move from a resistant participant to a pro-active actor willing to murder people to secure his desired outcome. All driven by the master of over-acting, Chris Cooper. Seriously, his character is diminished greatly from the novel, and Cooper seems to want to make the most of his screen time mostly by yelling and throwing himself around. It’s a little cringey.

The plot is relatively simple for one of these time-travel shows. Simplified considerably from the book. Teacher Jake Epping goes to his local diner and discovers through a conversation with its owner that there’s a time portal in the diner’s pantry. The owner has used the portal to try to go back in time to stop Kennedy from being assassinated, but has failed and is dying. So he passes his mission and notes to Jake to take on the responsibility. It’s unclear why he’s taken this on. And it’s even less clear why Jake would volunteer to continue his wacky adventure. So we’ll ignore the set up and concentrate on the execution.

The thing is, the execution suffers somewhat due to the abbreviated world building. A large amount of the tension in the novel is based around the rule that Epping going back in time does affect the future — despite the fact the past tries to push back. But once he returns to the present through the portal and then goes back to the past, everything resets. It’s a pretty silly construct, but works in an almost video game kind of way. The show sets up the rules the same way, but streamlines Epping’s activities in a way that doesn’t take advantage of that tension.

So where does this put us? It leaves us with a show that feels stuck in neutral for large swaths of it. We watch Epping in the early 60s setting up his life, meeting fellow teacher, Sadie Dunhill (Sarah Gadon), and falling in love. But also going back every night to spy on Lee Harvey Oswald (Daniel Webber). With wire tap equipment he is somehow an expert at using despite his former life as a school teacher. Add to that his somewhat violent, angry tendencies, understanding of firearms and all sorts of other personality traits and skills that don’t seem like something inherent in him. Which gives us a bit of a character-building disconnect. It’s a little jarring. Plus, again, Franco’s maniacal smile. Which doesn’t help things.

In all the show is a little all over the place. There are moments that are fine. But mostly I found my attention drifting. The tone was weird. The narrative lost a lot in translation. And I realize now that Franco kind of creeps me out.