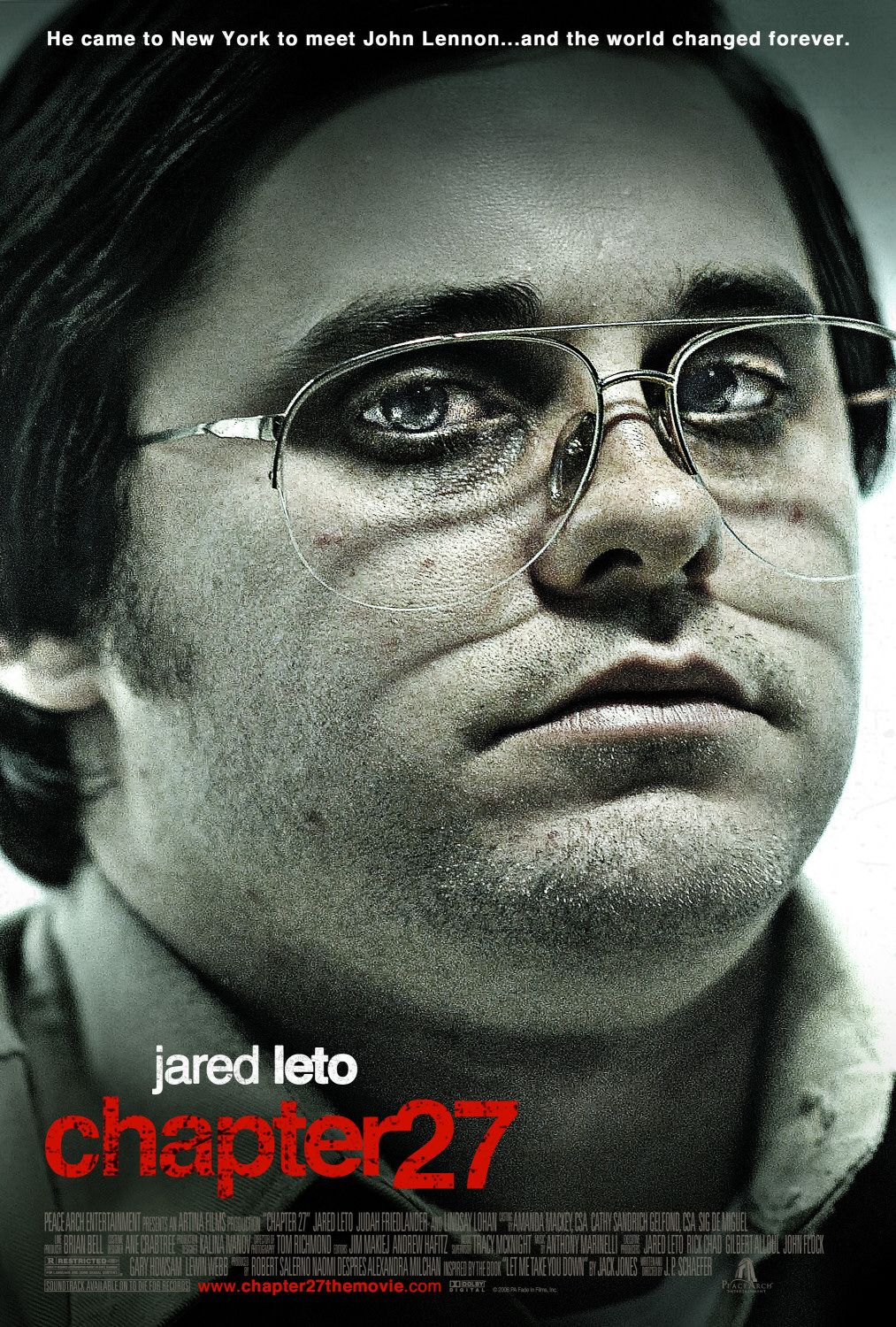 This was one of the most painfully bad movies I’ve seen in quite a while. It’s so bad that I think had John Lennon been forced to watch it, he would have begged Mark David Chapman to shoot him.

And to think that Jared Leto gained like a million pounds for this movie. This is a guy who loves to fuck up his perfect face (or at least David Fincher does), as he did in Panic Room and Fight Club, but he went way overboard this time. This was no make-up job. The guy drank melted ice cream and olive oil shakes and put on weight so fast that he couldn’t stand on the set and had to be wheeled around in a wheelchair. And for this piece of crap! There’s suffering for your art, and then there’s just being a dillweed. Sorry, but this was a dumb move.

And then Lindsay Lohan and Judah Friedlander come along and serve completely useless roles, reading off cue cards and trying not to get grossed out by Leto’s fat face. Then Lennon finally shows up, and we don’t even get to see the big reveal, as the casting director couldn’t seem to find a guy who looked enough like Lennon to show his face (despite casting a guy whose name is Mark Chapman in the role!) And then I threw my remote at my new LCD and asked for 100 minutes of my life back.