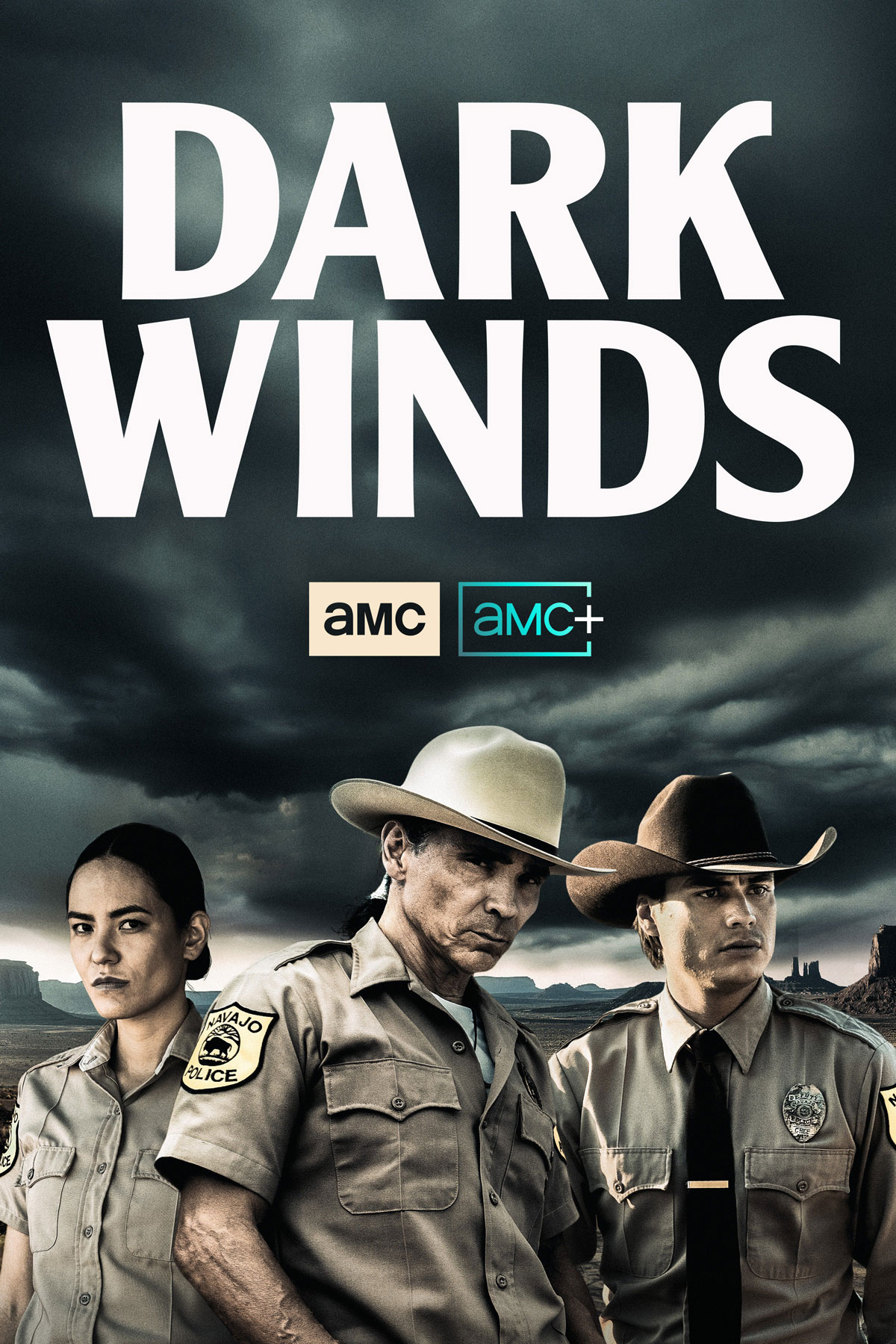 It is difficult to watch Dark Winds, and anything kind of in this methodical crime genre set in the 1970s, and not think about No Country for Old Men. But, of course, maybe that’s just me. Maybe it’s the tone. Maybe it’s the brutal crime angle. Or perhaps it’s that washed-out palette that only the desert surroundings can bring out. What unfolds in this tale, though, is a reasonably intricate cop investigation that plays out within the insular Navajo community on a reservation in New Mexico. Entangled in the investigation are the 1970s politics of Native American sovereignty, exploitation and just the interpersonal drama of families in a closed society. And witches.

Okay, perceived witches. Because there are traditions and superstitions amongst Navajos that play into the crime, the cover-up and the pursuit of the bad guys that would obviously not play a part if, say, this was Heat. Yet, just like Heat, the crime in question is a bold robbery of an armored car, wherein two security guards are killed. And when the getaway helicopter disappears over the Navajo reservation, all eyes turn to the community and who might be involved in the caper and murders. The whole thing starts with yet another murder, but this one is more of a mysterious spiritual thing. One that takes place during a Navajo ritual with a blind medicine woman in a motel room. Setting the scene for the push and pull of straight-up police work and the superstition and magic ingrained in the Navajo culture.

I suppose this wouldn’t be a series without Zahn McClarnon and his character, Joe Leaphorn. The dude is always the bedrock. And, like his character on Reservation Dogs, he plays a senior police officer in the Tribal Police. Tribal Police, of course, having a weirdly limited authority. Especially when federal authorities are involved. Which brings us to new Tribal deputy, Jim Chee (Kiowa Gordon). He’s this buttoned-up college boy. A pretty boy who drives a fancy sports car and shows up wearing a suit. So, it’s pretty clear from minute one that something’s up with him. His new co-worker, officer Bernadette Manuelito (Jessica Matten), is suspicious of his motivations. Which turns out to be a pretty good call, considering it becomes obvious from moment one that he’s an FBI agent sent there to either undermine or keep an eye on that armored car robbery investigation.

I won’t really go into the twists and turns in the investigation, but suffice it to say there are some people who are not who they purport to be. There’s some sexual tension between Chee and pretty much anyone who comes in his orbit. And there is a whole lot of history between Joe Leaphorn and pretty much everyone. It complicates an already tense situation as the three cops battle with their desire to solve the case, while resisting implicating their own people in the crime. There is certainly a lot more gumshoe stuff going on that your typical modern whodunit, what with it being in a time way before cell phones and computers and whatnot. A lot of McClarnon pulling up to various places and dismounting from his old 4×4 cop truck. People meeting across tables. Conversations in cars and in the police headquarters. No texting. No watching people type on computers. No ability to phone in from remote locations. It makes the mechanics of things feel way more visceral. But, weirdly, also depends on a lot more coincidences and immaculate timing. Which I suppose it fine; but certainly becomes more clear when watching a period procedural.

All in all it’s a very well-made show. The characters and scenery are rich and appropriately lived in. The narrative is a bit of a slow burn, and there are parts that feel as though they’re a little stuck in the mud, but it kind of mirrors the pacing that one used to see in 70s cinema. And, frankly, in that period’s crime fiction novels. So it all kind of feels of a part. Now, would there be three cops as good looking at the three we have? Yeah, probably not. And can Noah Emmerich play anything but an FBI guy? Also, probably not. But it is certainly fascinating and enlightening to see this culture represented on screen (the showrunner and writers are all Native American) and hope that we can expand on this world in the second season. It certainly has the potential to keep rolling out with these six-episode seasons ad infinitum. And, personally, I’m here for more adventures with McClarnon and crew.