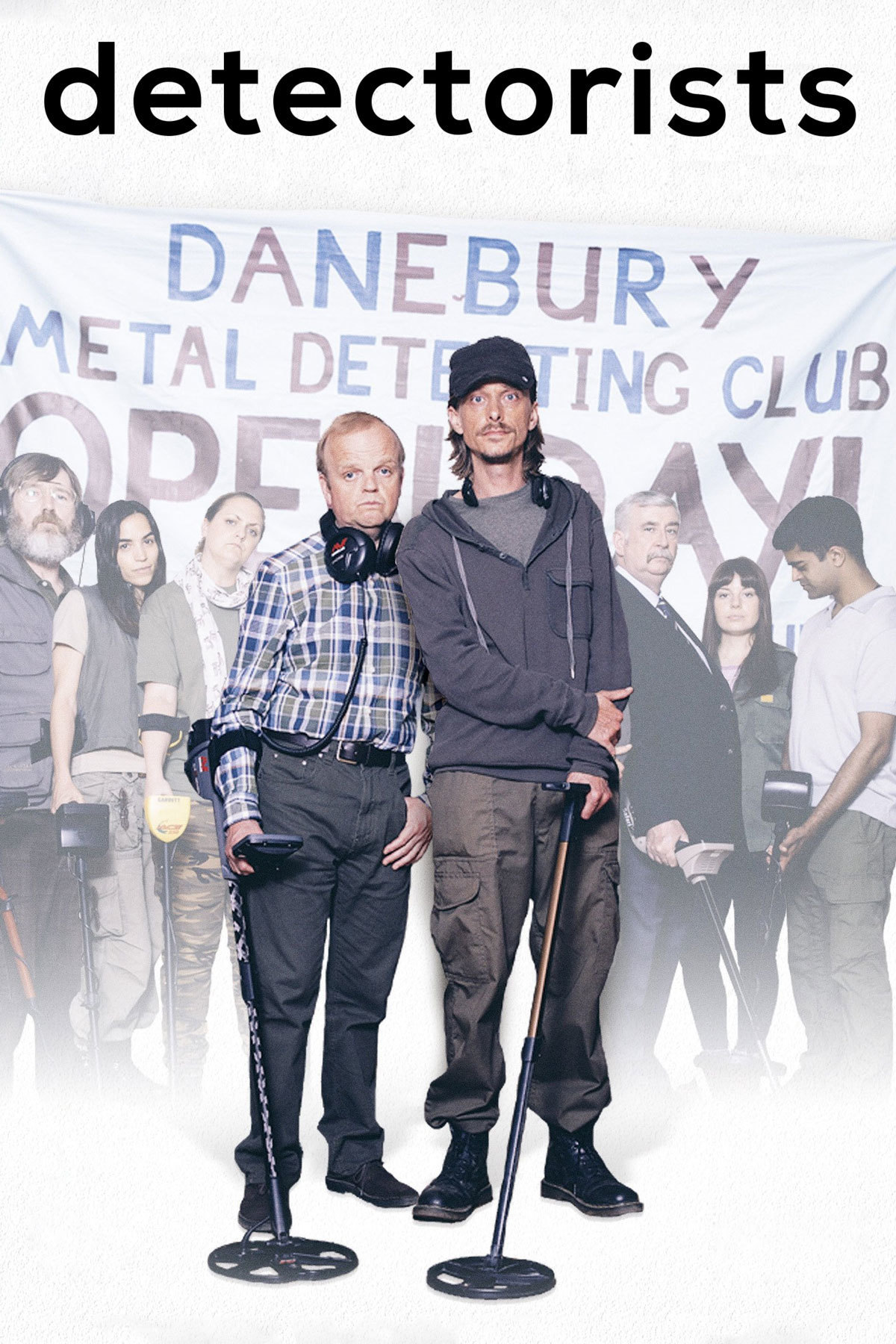 There was this thing a while back that they called “slow tv.” I think it came out of Norway, or one of those places where watching ice melt is a national pastime. The Brits seem to have their own version of this. Sometimes it’s non-competitive competition shows like The Great British Bake Off that are filled with granny-like energy and golf claps. And sometimes it’s BBC scripted shows like Detectorists, which bring to the fore an eight-person metal detecting club in the English countryside where nothing much happens.

Now if this sounds boring… Well, you’d be half right. Because, truly, it is a show about a couple guys who hang out in fields ostensibly looking for old buttons and pull tabs while talking about the goings on in their small lives in their small town. Light male bonding in the sun intercut with the same lovely music over and over again between scenes.

So, you have sad-sack Lance (Toby Jones). His ex-wife lives in town with her new beau running a hippy crystal store essentially funded by Lance. He works at a place running a forklift moving rotten vegetables from once bin to another. But mostly he walks the open fields of his town with a metal detector finding nothing but soda tabs and the occasional machine part. His detecting partner is Andy (Mackenzie Crook). He is in a relationship with a lovely woman, Becky (Rachael Stirling), to whom he seems to have a problem committing. He is employed on and off doing odd jobs through an employment agency while supposedly studying to be an archeologist. But, again, he spends most of his time walking the fields with Lance talking about life and finding little treasure.

The tension, such as it is, comes from our two detectorists trying to land permission to explore farmers’ fields. And their interplay with the town’s rival club, which mostly rises to the level of some Simon and Garfunkel dad jokes. Otherwise there is some light turmoil in their relationships, but very little in the way of issues that go beyond the domestic interactions of their village, their detecting club or the ten or so other folks who cycle in and out of the show.

Now, the series is technically a comedy. And maybe that’s what in England they call anything that isn’t about child murders. Which is what it seems most British shows are about. Is it funny, though? Not particularly. Sure, there are some humorous moments — mostly at the expense of Toby Jones, who always looks like he just rambled out of the shire — but I certainly wouldn’t call it a laugh riot. Jones and Crook are both kind of comedic to look at, I suppose. Just their faces are so filled with character, they’re both just kind of sad, pathetic and tragicomic in and of themselves.

Why, then, you ask did I enjoy this series? Because, dammit, sometimes I want to watch two men interact in a sensitive, but relatively light-hearted, way. There is a total of one explosion in the series and it’s accidental and nobody dies. In fact, I don’t think a single person is killed at all! It’s just a couple dudes whose lives’ peaks and valleys feel pedestrian, but realistic. They have the metal detecting and the local pub and their little club. And the goal of the big find. And somehow, very subtly, they suck us, the viewer, into it. And I’m not going to spoil anything, but I swear to god I was like fist-pumping to this quiet-ass show when they reach that goal. It’s an oddly compulsive watch, and one that you can work your way through easily. It’s just such a pleasant and calming way to spend nine-and-a-half hours and has inspired me to get Hipster Jr.’s metal detector out of the basement to go out and find my destiny.