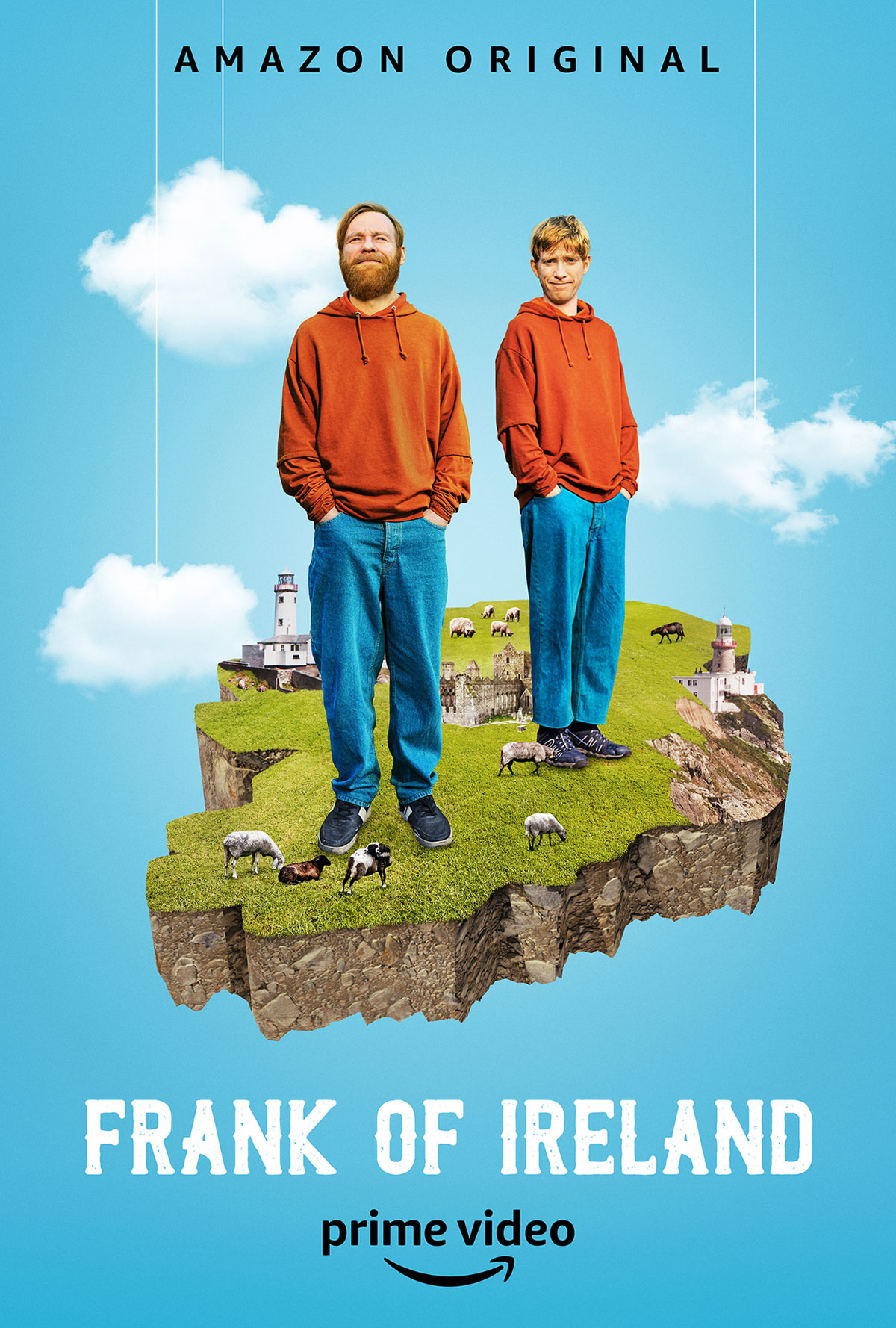 I suppose Ireland needed their version of Dumb and Dumber. The thing is, an hour forty-five was about the limit of how long we wanted to watch two idiots go about their miserable lives, constantly doing the wrong and stupid thing. Maybe it’s because they’re stupid. Maybe it’s because they’re selfish. But whatever the case, it seems they constantly do things to hurt and damage the people who are supposedly their friends and loved-ones. Such is the direction of Frank of Ireland. And not only do we have to watch this aimless asshole constantly do stupid, selfish things; we have six episodes to watch him ply his trade of being a jerk.

The Frank in Frank of Ireland is played by Brian Gleeson. Disheveled and heavily bearded, his dress of choice is baggy, light jeans and a somewhat off-putting color of hoodie. He’s basically a useless 30-something sack of shit who pretends to be a musician and lives with his mother in his childhood bedroom. He literally does nothing, demands things of his mum as if he’s a teenager and essentially sponges off of everyone. It’s difficult through the first five of six episodes to determine if he has any redeeming qualities. Especially enough to deserve his long-suffering, but now ex-girlfriend, Áine (Sarah Greene). Like why would any woman date this dude?

Even worse is the way he treats his supposed best friend, Doofus (played by Brian’s real-life brother, Domhnall Gleeson). First off, what the hell is with that name? It feels as cheesy and stupid as the character is. Honestly, I’m not sure why Domhnall took this role, other than to support his brother in his quest to have his own star turn in a TV show. It’s a weird, thankless role full of slapstick and idiocy. He’s basically a brainless sidekick who will do anything for Frank, including assault, stealing, getting himself fired, etc. Frank constantly takes advantage of his undying loyalty and is basically a giant asshole toward him. But Doofus hangs in for the beating no matter what. Even though occasionally his character seems to grow some sort of brain, only to revert back to being a brain-dead moron in the next scene. It’s super-inconsistent and actually makes me feel a little sorry for Domhnall that he has to stoop to this level for parts. It’s incredibly cringey. He’s better than this.

The show is essentially plotless. We watch Frank bumble around, being an immature asshole to everyone. Granted, his mother is also an asshole. An oddly promiscuous one. And when we meet his estranged father — played by his actual father, Brendan Gleeson — he too is a manipulative shitbag. It’s a family of awful people. And I’m not sure why we are supposed to care about any of them. I mean, do we really care about Jim Carrey in Dumb and Dumber? Do we care about whatever angry, violent moron Adam Sandler is playing in half his movies? Would we blink an eye if he got hit by a train? Or would it just kind of seem like he got his just desserts? That’s where I am with Frank. The dude doesn’t deserve kindness or friendship. They could have taken some edge off the silliness and made the character even an iota sympathetic, but they leaned into the dumbness of it all and stripped it of any emotional heft it could have otherwise had. After all, isn’t that what these shows are supposed to do? Showing us this damaged, impossibly infantile character and then lower the boom on us with the emotional sledgehammer of what trauma brought this about? I guess that’s just what we’ve come to expect these days. So when stupid just turns out to be stupid, it’s shallow and dissatisfying. Even if it’s in an Irish brogue.