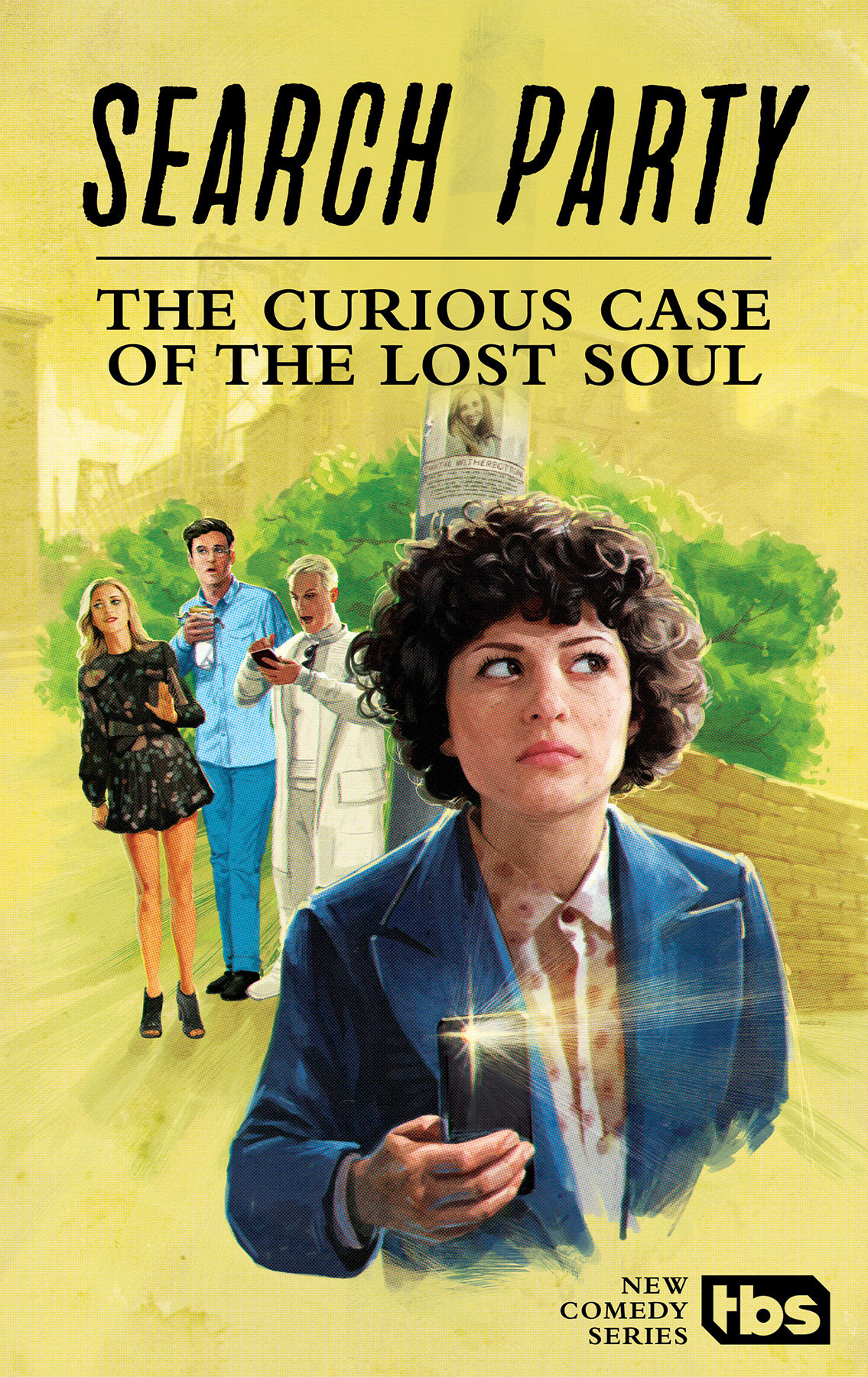 I get why they called this show Search Party. I mean, it sums up the plot in two easy words. But it doesn’t really define what it’s all about. If that were the case, it would be called Millennials Are Terrible People or This Is Why Regular People Hate New York. There are like a million other titles that would be appropriate, but these encapsulate the touchstones that everything that happens in this show revolve around: awful young New Yorkers try to out-do the team from Girls for self-absorbed, narcissistic grossness. But, less highfalutin and a tad more likable.

The plot here, like the brains of its characters, are simple: a random girl whom our characters peripherally knew in college has gone missing. Her missing poster is on a telephone pole as if she’s a cat. Our main girl, Dory Sief (Alia Shawkat), whose life hasn’t really amounted to much and is going not many places, decides to make it her (half-assed) mission to find this acquaintance of hers from school. Her friends, absorbed in their own lives, think she’s bizarre to pursue it and kind of ignore her growing obsession. Until their lives start to go south and they hop on board in their cringy way to her cause. Because, of course, they essentially have nothing better to do. They then spend the remaining episodes trying to find this girl, sort of.

Thing is, I’m not sure who the audience is for this show. It starts off with some really uncomfortable stuff  of the sexual variety with Dory and her boyfriend that I’m still unclear about and why they included it, as they seem to set the guy up as kind of a creep, but he turns out to be the only non-whiny, gainfully-employed, responsible, kind adult in the whole thing (albeit a dorky one). It also takes the aforementioned Girls and Sex In the City route of making its characters those people who you’d roll your eyes at should you ever see or hear them in a public place. Yes, they’re relatively harmless assholes, but they’re assholes all the same. Or at least that’s how I, a Gen Xer, interpret their dedication to self-absorbed, tone-deaf nonsense.

Okay, that aside, I obviously did watch all ten episodes (which was probably two too long) and somehow came out not hating it. In fact, I kind of liked parts of it. Yes, I wanted to smack the shit out of most of the people on the show, but it was almost like watching exotic animals in an alternative zoo trying to figure out how to get out of their cages. Except it was just a bunch of young-ish people wandering around Brooklyn trying to distract themselves from what their lives have become. But, they’d say they were trying to give their lives “purpose.” And I’m not even certain why I watched. The mystery of the girl’s disappearance isn’t that compelling. The show isn’t exactly funny, except in really small spurts. In fact, it’s kind of dark for what it is. There is psychosis and mental illness, cheating and debased lying, but somehow it’s wrapped in this well-acted, goofy Slacker-like shell that takes the edge off of what could otherwise be too weird to be enjoyable. What comes out the other end, ultimately, is a show that redeems its entire cast of idiots in a way that somehow made me feel a little bit jealous that they could fritter away their lives in a way that is both so easy, yet so entertaining.