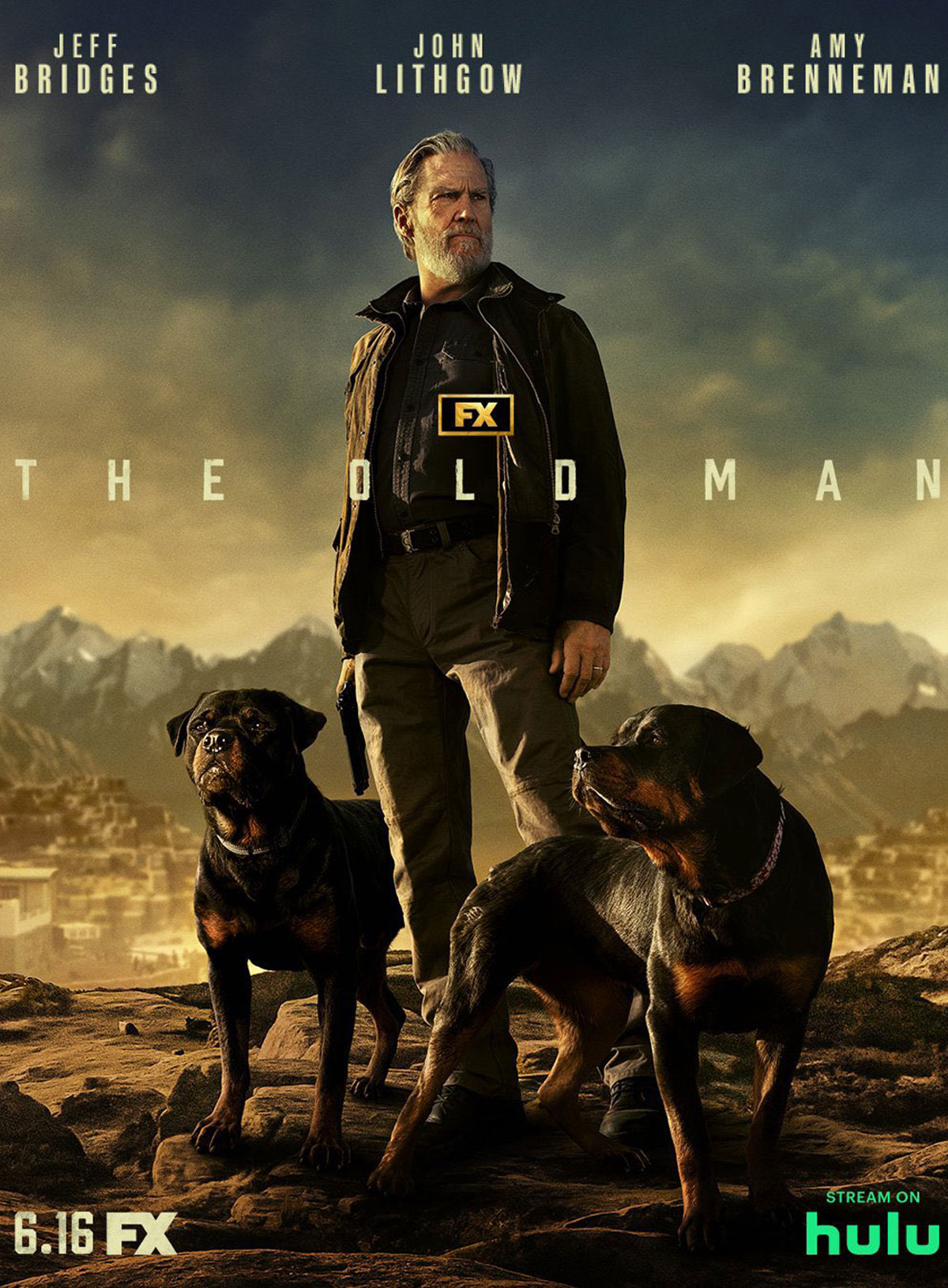 Imagine if “The Dude” wasn’t a lazy stoner, but instead a retired CIA operative. Because any time you see Jeff Bridges walk on screen, it’s really tough to not see him as his classic The Big Lebowski character. Especially when he’s a little shaggy and doing his weird mouth thing that he does. But Bridges’ acting quirks aside, this is kind of a departure for him in terms of playing a character whose morals may not necessarily be in alignment with ours. A spy who, unlike many spies we’ve seen in the past, isn’t, in fact, the strong, silent type. But rather has intense dialogues and very talky-talky scenes that sometimes sound more like literature than they do the typical terse prose of action espionage dramas.

The setup here isn’t atypical. Dan Chase (Bridges) is an ex-CIA dude who has clearly done something that has pissed off his former agency, and is and has been on the run for years. Living under an assumed name and moving around to keep ahead of a government trying to track him down. It’s not quite clear at first what he’s done to draw the CIA’s ire, but the dance reminded me of Running on Empty. Or, of course, any of the Bourne films. Or, a more recent example, The Mosquito Coast. In other words, there are a lot of books and TV series about people and families on the run from the government because of some anti-government activities. Or something in their past that they either actually did, or were accused of doing. And we, as the audience, are kind of slowly let in on what’s what and get to decide for ourselves if their actions — while possibly well-intentioned — warrant the backlash.

With only his two Rottweilers as companions, Chase has apparently settled in an old farmhouse in upstate New York. Having personally spent a lot of time in rented houses in nowhere NY, it can be quite isolated and quiet. He apparently just hangs out and has many mysterious, one-sided phone conversations with his daughter. Until an assassin shows up and tries to take him out. Chase turns the tables on the guy, kills him and now knows he has to skedaddle and find a new place to go. It’s clear from his fighting skills and calm in the face of this crisis that he’s a pro. He packs the dogs and some clothes and makes his way to a rental guest house on the property of Zoe McDonald (Amy Brenneman), who isn’t supposed to be home. But is. But, like most everything, he takes it in stride, convinces her she should let him stay and then settles into what becomes a weirdly non-plutonic relationship with his landlord. Seems a little bit careless for a dude who is supposed to be this master spy, but what do I know? Amy is irresistible, I guess.

From here we are dropped into a timeline-jumping story that outlines how CIA agent and Soviet-Afghan war agitator, Johnny Kohler, became Dan Chase. The complicated relationship he has with his former CIA conspirator turned current FBI nemesis, Harold Harper (John Lithgow). And Harper’s current protege, Angela Adams (Alia Shawkat). As they try to track down Chase and bring him to justice, while we slowly begin to understand exactly what it is he did to become the fugitive he is. Through endless scenes of thick dialogue. Over cell phones. At tables. In cars. Characters just talking and talking. Sometimes monologuing on the meaning of life. Sometimes on the meaning of good and bad. Regret and responsibility. Fathers and daughters. Fathers and sons. Point is, the series scriptwriters weren’t shy about delving deep into the philosophical meaning of things. Especially the relationships between people and the damage they can do to each other by their actions. The pacing suffers at times because of these long (and sometimes overwrought) blocks of talking, but it managed to still hold my interest enough to stick with it.

In order to pull this show off, they had to hire professional actors. You know what you’re getting with Bridges and Lithgow. They don’t generally do hyperbolic stuff. Lithgow does dial it up a little bit, but his character is probably the most interesting of all of them. He wears his internal struggle all over his face. And his line reads are natural and warm. Even when he’s given some seriously challenging large monologues to rip off. Shawkat is solid, as usual. She’s not asked to do a whole lot yet, but I have a feeling her role will increase exponentially in season two. The wildcard here is Brenneman. I know she’s a total vet, but she was in a series I watched called Tell Me Your Secrets in 2021, which had some of the worst performances I’ve ever seen in my entire life. And Brenneman’s was at the top of the list. Her overacting was unbearable. Granted, most everyone was bad, but she was just especially over the top and cringey in a way that was incredibly off-putting. So given the fact there is a lot of “acting” in this series, I was concerned. But I think maybe with this better scriptwriting, as well as sharing scenes with Bridges, she manages to dial it back just enough to be tolerable. Nay, even decent. Her character, however, is the most all over the place of all of the characters. Her motivations are a little unclear. And why she is the way she is is also a little buried in a dense narrative that needs to focus on a lot of details of international espionage, political wrangling and historical details of a war I honestly didn’t know about. She pulls it off, though, and compliments the intensity of Bridges’ character well.

All in all the season started off a little stronger than it finished, but they had to stuff a lot of info into seven episodes of TV. And then had to reveal a bunch of stuff that was relatively obvious from jump in the season finale to set up season two. It felt a bit like a very extended pilot. Just a very, very complicated one. Like this whole season was just seven hours of setup to get to the true chase. The question is, now that we’ve settled all the secrets and established who these characters are and what they want, what’s left for season two? I’m just hoping it’s not literally seven episodes of cat and mouse. Because that’s been done to death, and it’s hard to imagine a new, creative way to have a seventy-something Bridges avoid capture by putting guys half his age in leg locks and choke holds and stunt driving and shooting shit. Because at some level that stuff becomes untenable. Even though — semi-spoiler — he is not, in fact, the titular “Old Man.”