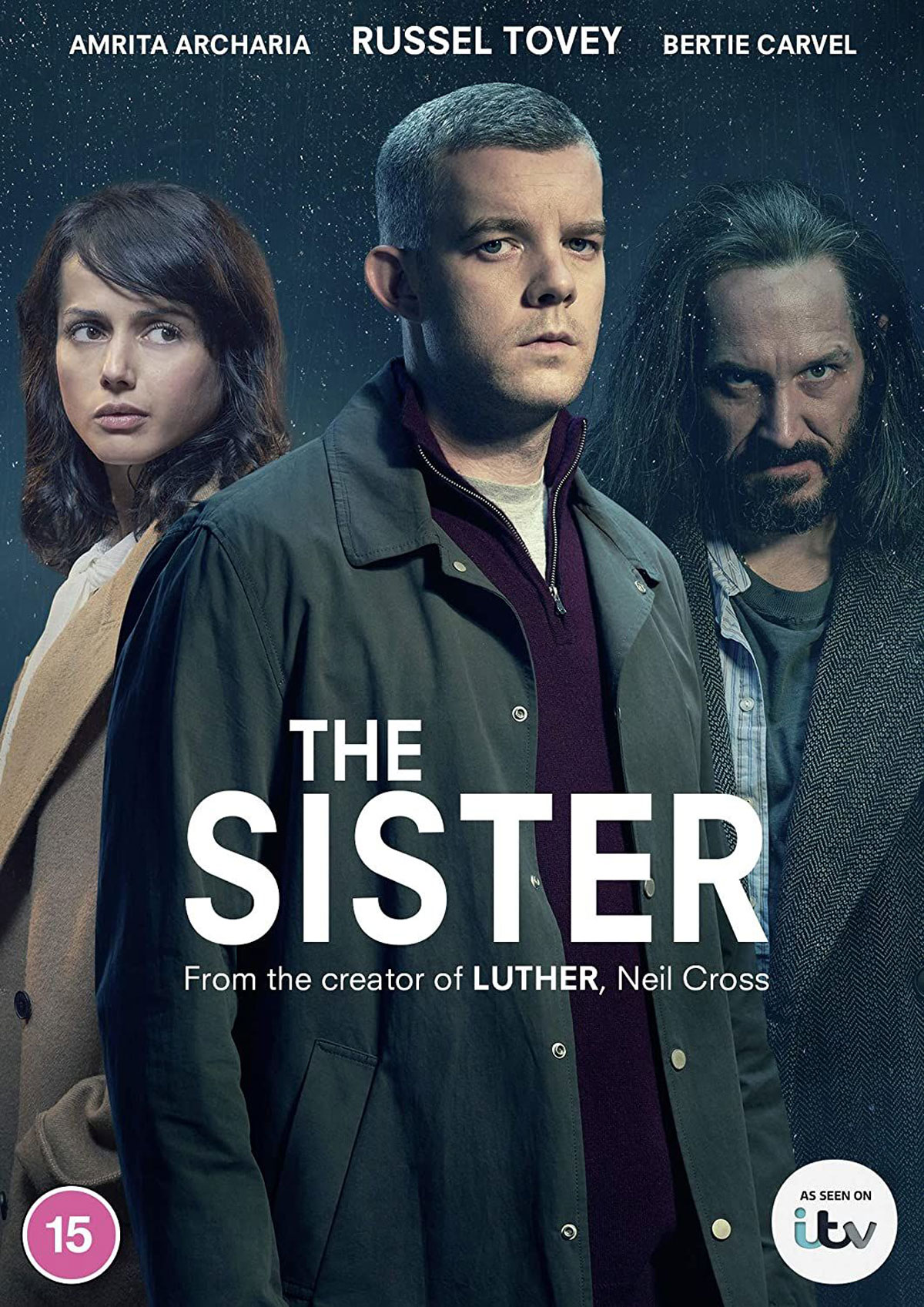 Someone sat there in a creative brainstorming session and was like, “I know, man. Let’s just call it The Sister!” And everyone looked at him and he was like, “You know… because there’s a sister?” And everyone shrugged and they just moved on. Even though the novel it’s based on was called Burial. And, according to Wikipedia, the original title of the series was Because the Night. Both of which are like 100 times better than where they landed. But, unfortunately, the title is just the fourth or fifth worst thing about this mini-series.

Let’s start with the acting. I don’t have any experience with Russell Tovey, but apparently he’s been in a ton of things. I’m not sure if this mopey, mumbling, stuttering, low-talking act is his usual thing, but I was not enjoying it. He never seems believable as Nathan, a dude who two, frankly, beautiful sisters would go for. He’s not charismatic. He’s not “sexy.” He’s barely even audible. His physical presence just doesn’t read intimate, and the relationship between him and his wife Holly just doesn’t feel at all realistic as a relationship. So that threw me off from minute one.

Then you have Bertie Carvel as Bob. Again, I have no frame of reference for this dude, but he reads creepy-as-fuck from the jump. His voice sounds like a mashup of rusty gears and a steam whistle. It’s incredibly off-putting, and I find it odd that this dude would have had a radio show. There’s no way with the combo of the greasy mane, pedo getup and that voice that alarm bells wouldn’t go off every time he was introduced to anyone. The dude just screams creeper, so it’s pretty strange that nobody really says much about him giving them the heebie-jeebies after he shows up in the middle of the night and is constantly skulking around. His whole aura is just over-the-top and distracting. The other actors — the few that exist — are kind of non-entities. The writers give them very little to do other than act as plot devices and bridges.

So let’s talk about those plot holes. To set the plot here: there’s this dude, Nathan, who was at a party one evening. He left, and along the way met Elise. Something happened and she ended up dead. To cover up whatever happened, he and this Bob dude buried her body in the woods. Some time later, Nathan pursues Elise’s sister, Holly, dates her and marries her. All the while, she has no clue he was somehow involved in the cover up of her sister’s death. And then one night, the happy couple (who, frankly don’t seem happy or like a couple) has a visitor: Bob. He’s wet and, yes, creepy and tells Nathan they have to move the body they buried because a new housing development is going in. Whatever.

The biggest hole that kind of spun me out comes out in one of the many flashbacks we see that fill in the holes between the party from which Elise vanished and Nathan’s current situation with Bob digging up Elise’s body in a place that in no way looks like houses would or should exist. Which in and of itself is a hole. But let’s flashback to Holly and Nathan’s engagement party. Now, I’ve been to a bunch of engagement parties over the years. And when I show up to them, I generally know the two people who are getting married. Especially if one of those people is my best friend. But it seems in the case of The Sister, Holly’s best friend, Jacki (Nina Toussaint-White), shows up to Holly’s engagement party and only then realizes she’s marrying Nathan. Jacki, who also happens to be the cop who interviewed Nathan as a person of interest in the disappearance of Holly’s sister, Elise! I mean, what in the actual fuck? That’s absurd beyond belief. And it’s only one in a series of unbelievable, nonsensical plot points. Including the fact Holly would date Nathan to begin with, let alone marry him. Along with the conceit of entire series as to why Holly is killed, which I won’t spoil, but turns out to be just downright dumb. Like “huh, what the hell” kind of dumb.

I’m truly searching for anything I found redeeming about this series. Because the acting, the plot and even the direction and the weird set design all kind of annoyed me. The plotting was haphazard, the tropes all over the place and the attempt at sinister and dread fell flat. It also felt like the creators couldn’t quite figure out if they wanted to tell a murder mystery or a supernatural ghost story. So they kind of did both, which was to the detriment of both. And I kind of see what they were trying with the supernatural piece, making you wonder if Bob (who is, by profession, a ghost expert of some kind) is just a wack job or can  actually commune with the spirits, but the setup and execution of that piece is just plain bad. And somehow gets worse when we find out what he’s actually up to. Like eye-rollingly bad. Maybe — just maybe — if they had put forth a more convincing actor in Nathan’s spot (Tovey maybe being fine for other roles, but just miscast in this one) and stuck to the murder mystery lane, they could have stuck the landing. But, as it stands, this thing is a muddled mess of unfortunate decisions.