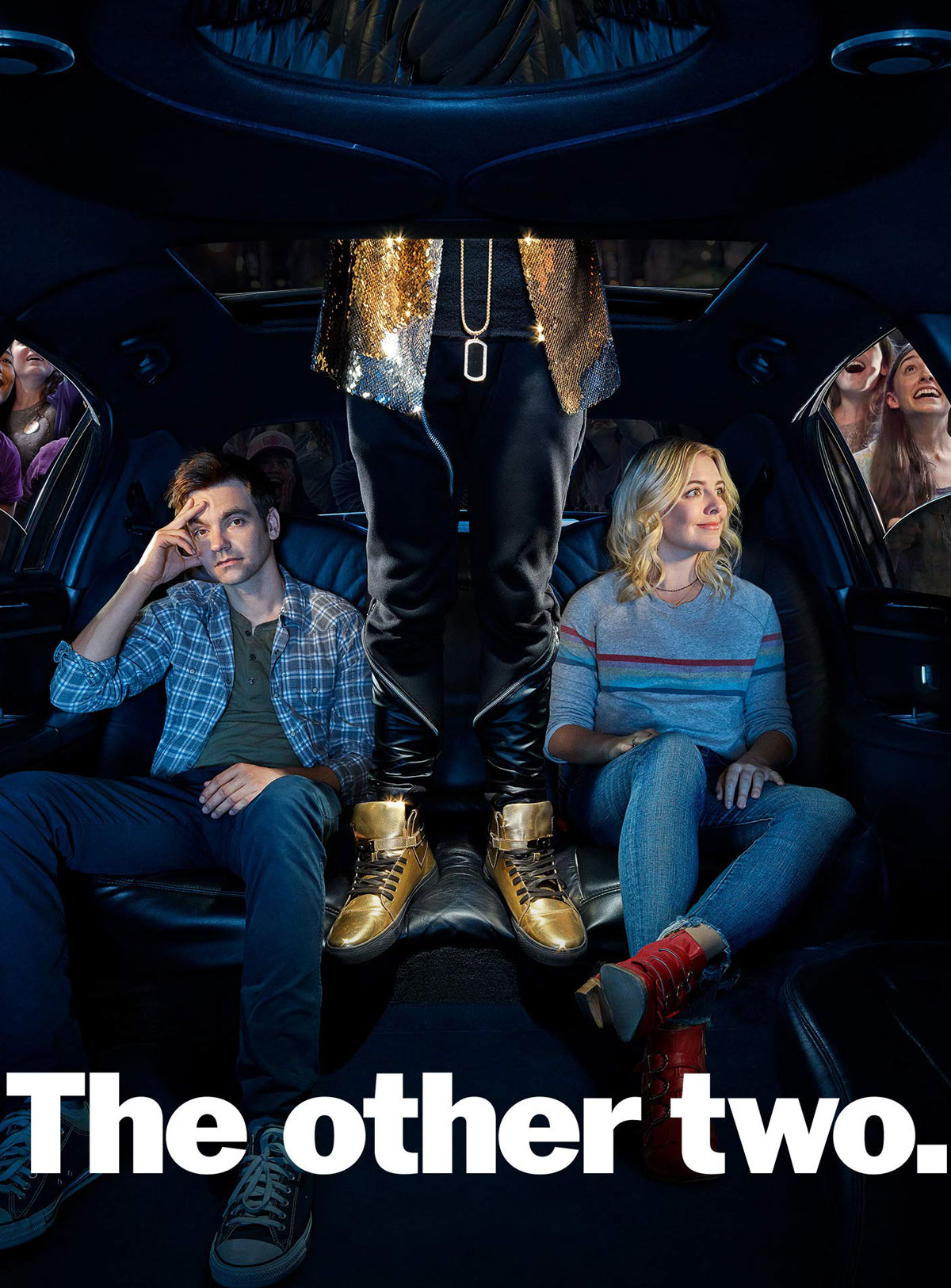 The Other Two: Season 1

There are shows that claim to be about modern society, or to mirror what’s happening in the world. But something like The Other Two really hits on what’s what in this awful world of social media, instafame and how we, as members of that society, let it happen. And maybe that’s a result of the show being on Comedy Central, and not a more established network that might have the series in development for a longer period of time. Because, as we all know, trends have the lifecycle of a house fly these days. So if you don’t get something of-the-moment into production very quickly, it’ll already feel dated by the time episode one rolls around.

Out of the gate, this show doesn’t really hit my typical passion points. It is an outwardly unserious show. Which, I suppose should be clear when it’s on a channel with the word “comedy” in its name. Not that I don’t watch comedies, but I think this and a bunch of those shows on Bravo appeal to a certain section of society that is not me. Granted, this is scripted television and not a bunch of coke-addled brats beating up on each other (or whatever goes on on those shows), but definitely digs into the fragility of social media-driven fame. Which I believe is pretty much why anyone has heard of those Vanderpump people.

Whatever the case, the situation set up by The Other Two certainly feels like it could happen. Young Chase Dubek posts a video of himself singing, which quickly goes viral. He’s a sweet, innocent 13-year-old kid whose glowing smile and banal lyrics soon launch him into the viral music stratosphere. Rebranded as ChaseDreams, he gets a manager, signs a record contract on the strength of his YouTube views and releases a twelve-track album that consists of three actual songs and nine remixes, totaling twenty-four minutes. This piece of the narrative is more the modern-tale casing that the true narrative sits in. Because the show is ultimately not about ChaseDreams and his rise to fame, but of his two, older siblings and how his rise puts their failures in stark contrast.

So you have brother, Carey. He’s a struggling NY waiter/actor whose big break up to the point of Chase’s ascent is being on the verge of landing a role in a commercial where he smells a fart at a party. His sister, Brooke, is a former dancer who is struggling with her career, her personal life and pretty much everything else. She’s like the embodiment of early-career Ke$ha, but without any of the success. Chase’s quick fame helps focus both of them, as they try to figure out how to parlay that fame into something for themselves. Granted, they are resistant at first, as they think it’s just some cute fluke, but once Chase and their mom (Molly Shannon) move to NYC to live in Justin Theroux’s apartment while he’s out of town, and things really start happening for him, they start to realize that perhaps they should ride those coattails.

And in the grand tradition of modern comedies, the shit is reeeeal awkward. Carey is an insecure mess. He’s unsure of who he wants to be and is constantly doing super-cringey stuff to further his acting career and his love life. Even when he finds the perfect man for him, he ruins it with his self-involved narcissism. Brooke also has a self-destructive streak, choosing bad relationships, drinking too much and just being a basic asshole. Despite this, they both clearly care for their much younger brother, Chase. The writers could have gone the jealousy and bitterness route with them, but I’m glad they actually went the opposite way and despite them taking advantage of his fame, they never hope anything but the best for him and fall back on his well being and supporting him. Because, after all, he’s a thirteen-year-old kid. And mom isn’t seemingly the best mom in the world, taking Molly at a launch party, going on a book tour for her four-page children’s book and getting a jewelry deal for jewelry she hates before having what amounts to a breakdown. She’s not a bad person, but clearly one who is just as sucked into the life as the rest of them are after living a pretty small life in their hometown.

I’ve made it pretty clear on this site that I’m uncomfortable with weird sex stuff in movies and television. And there is a bunch of that here. I mean, it’s not weird per se, but it’s so amazingly awkward, I found myself turning away at times. And the comedy is mostly based on the two siblings debasing themselves while Chase and his manager wend their way through the worst of the modern media tween landscape. This includes a record release party on an airplane with a gaggle of tween, female fans, a birthday party with a bunch of strangers at a club and a video filled with terrible product placement. Carey tries to get in with a group of “Instagays,” who are just these dudes who pose in bikinis all over the place. He also goes as a shirtless bartender on some awful Andy Cohen show that I know nothing about called Watch What Happens: Live, standing directly behind his mom as she pitches some product of hers. It’s a show that puts a mirror up to us as a society, but it’s honestly not a society that I’m part of, nor a society that I like. So, some of the jokes are more head-shaking than funny and some of the characters more cartoonish than authentic. That aside, it’s a semi-entertaining show that has some decent gags, but is probably best viewed in the background while you’re busy applying those bizarre filters to your Snappy Chat thing.