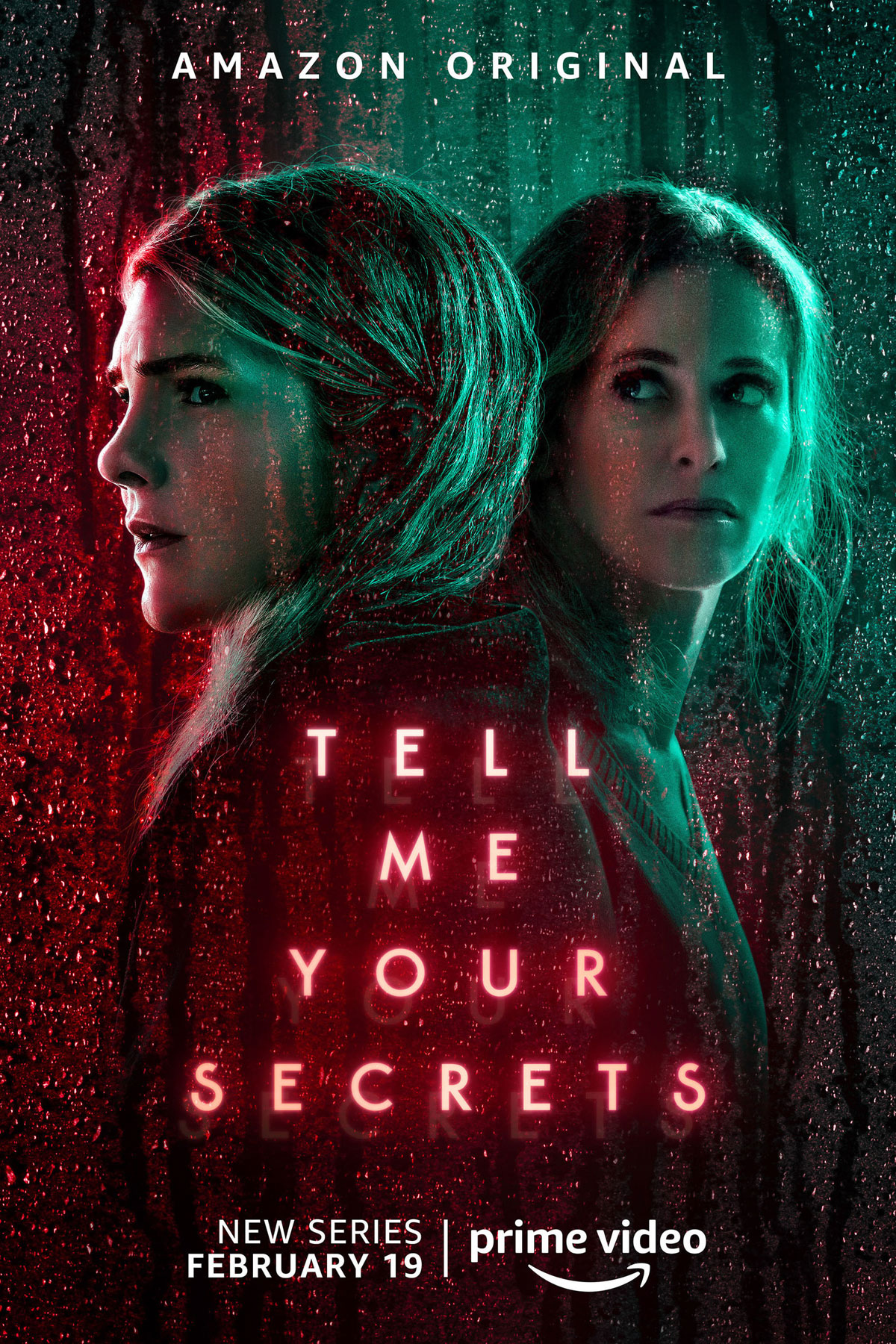 Tell Me Your Secrets: Season 1

This was a mistake. A big mistake. I sunk almost ten hours into Tell Me Your Secrets and I still have no idea who’s telling who whose secrets. No, seriously, this title is absolutely confusing and the show an unmitigated disaster. From the plotting to the dialogue to the over-the-top, remarkably bad acting, it was a real struggle to see it through to the end. Ms. Hipster and I looked at each other at least once every five minutes questioning if the show was supposed to be corny and borderline unwatchable. I’m pretty sure it was not. Though I’m not quite positive. And, look, sometimes you run out of TV. Or, more so, you run out of things that don’t have subtitles or require enough brain power that you can’t surf and watch simultaneously. This is what brought us to this series. We saw that it starred Lily Rabe, Amy Brenneman and Hamish Linklater and were like, “How bad could it be?” Turns out, pretty bad.

I swear to god, this is the plot of the show. A woman named Karen (Rabe) is the girlfriend of a dude, Kit (Xavier Samuel), who turns out to be a serial killer. They are arrested together, she as a co-conspirator. I think. She is let out of prison for some unknown reason, and for also no reason put into witness relocation in Louisiana and renamed Emma. Not to mention, Karen/Emma has some sort of PTSD-related amnesia about her time with Kit and doesn’t remember if she’s really an enabler of a serial killer or not. Or maybe the serial killer herself! All of this makes little to no sense, and is not in any way how the justice system works, but anyway… There’s another woman, Mary (Brenneman), whose daughter has been missing for some time. There is some video tape from a gas station that leads her to believe that her daughter was last in the presence of co-serial-killers, Kit and Karen. So when she gets word Karen has been released and has gone into witness relocation somewhere, she hires ex-rapist, John (Linklater), to track her down. Because — and I swear this happens — she hears he’s really good at stalking women. But then is surprised when she sees another video of a woman describing being raped by the dude she knows is a rapist. So she was fine with him as a rapist prosecuted for the women she knew he raped, but there being others he wasn’t prosecuted for? Oooh, well that’s a bridge too far! I mean, what the actual…

So, let’s get this straight: there is an amnesiac woman in witness relocation after not really witnessing anything or giving testimony of any kind who is being hunted by a serial rapist at the behest of a distraught woman who thinks by finding said amnesiac that she’ll somehow find her missing daughter who would definitely be dead if she was, in fact, kidnapped by a serial killer. This is leaving out the whole thing about Karen/Emma being monitored as part of her witness relocation and put up in a house by what we can only surmise is a creepy psychiatrist, Peter (Enrique Murciano), whose role in all this is barely and poorly explained. Because federal witness relocation is run by a random, shady shrink who happens to also be a landlord? Fucking hell, they barely tried to make this make sense.

At some juncture I Googled this show to see if maybe there was some reason it was such a mess. After all, they tout it as being “from the producers of The Undoing.” That series wasn’t great, but at least it was professional. Apparently this series was originally intended for TNT. Which makes a whole lot of sense. But then was scrapped after the entire thing was shot. Which makes even more sense. Because one viewing of this by anyone with half a brain would realize there are some serious issues with it. But Amazon must have gotten it cheap from off the trash heap and just slotted it into their Prime lineup as an “original” and took a flyer on some name actors attracting suckers like me.

Despite the convoluted and, frankly, ludicrous plot, I figured maybe the show could be saved by some actors whom I recalled being decent in other stuff. Rabe was mostly fine in the seasons of American Horror Story I’ve seen, from what I recall. Linklater is actually really funny as the slacker brother in The New Adventures of Old Christine, and is weird, but totally serviceable, in Legion. I’ve seen him in other stuff as well, but don’t recall his acting being offensive in any way. Not here, though. Not here. His character is truly awful. A violent rapist trying to go straight, but also sent on a mission to stalk and torture a woman and shit. He manages to charm women with his demeanor and, uh, wiles. But he is creepy as hell. No woman would ever talk to this dude, let alone go home with him. He plays it all on-the-edge-of-crazy, but also autistic. A psycho who snaps, but is also, weirdly, kind of a good detective. Despite having no history as anything other than a sexual predator. It’s completely goofy, and his performance is just embarrassing. It’s so over-the-top and poorly written that it feels like a parody. Though we all know it’s not. But the worst performance goes to Brennemen as the aggrieved mother who will clearly stop at nothing to get her daughter back — even though we all know she’s dead. Her character is fucking bonkers. She screams and throws things and is blood-thirsty and bizarre. And Judging Amy there just goes for it. I mean, I vaguely recall her doing some heavy smoking acting in The Leftovers, but nothing could prepare us for the insanity of her throwing herself around during screaming matches with Linklater over cell phones. It’s so cringey and should honestly end her career as an actress.

The show itself is told in a combo of present action and dream-like flashbacks that are mostly super-vague and amateurish. I’m honestly not even sure what they’re trying to do half the time. Presumably they’re trying to illustrate Karen/Emma’s memory slowly coming back to her from her amnesiac state, but the writing is sloppy and these narrative diversions end up making our unreliable narrator less unreliable than confused. Leaving us confused as well. I suppose I did laugh a lot, though. Like more than I have during some “comedies” I’ve seen. But it was nervous laughter, I guess. Or uneasy laughter because I felt bad for every involved. I’m almost proud I outlasted this series. Considering its genesis, I can’t imagine there will be a season two, but they certainly left that possibility open. Amazon would have to be insane to pick this up. Like a-mother-sending-a-serial-rapist-after-a-female-serial-killer-to-solve-your-daughter’s-disappearance insane. That’s right, it’s that stupid.