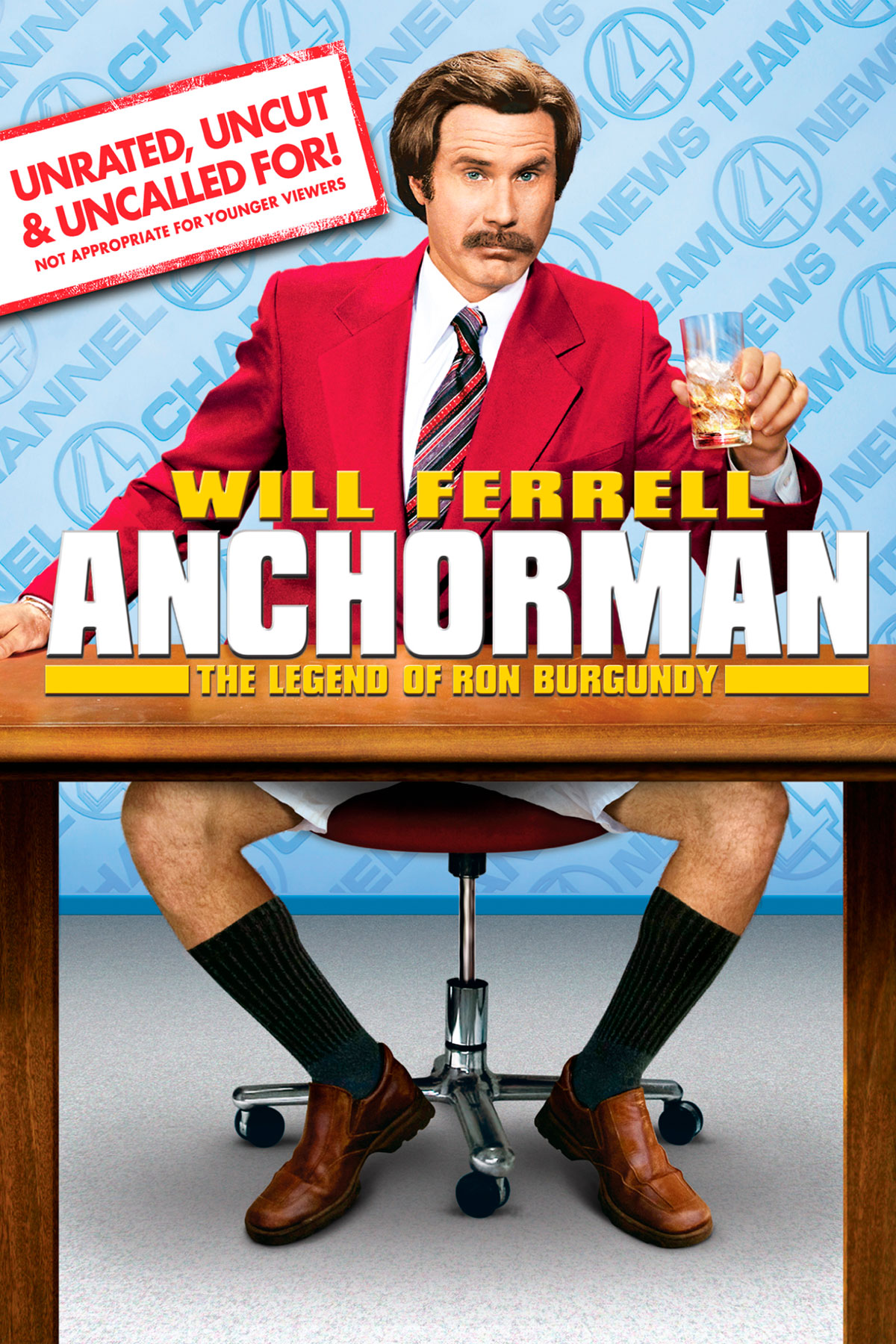 Anchorman: The Legend of Ron Burgundy

Apparently I’m like an asshole or something. I just don’t like these movies — despite everyone on Earth telling me I should. I didn’t like Old School that much. I didn’t like American Pie or any movie that was once an SNL skit. The only Adam Sandler flick I actually liked was Punch-Drunk Love. I’d rather watch a movie like Snatch (which I found endlessly funny) fifty times over before I’d watch Meet the Parents once.

Now I know I’m cutting a wide swath here, but I just can’t stand ”character” comedies. Generally you can tell one by the title. The Animal, The Waterboy, Dodgeball, Zoolander. The biggest offenders of this genre are Sandler, Rob Schneider and, unfortunately, Ben Stiller. These movies that should be five minute skits or shorts, but end up as features. Actors fall in love with a character and try to create a movie around it — usually with horrible results. The characters are one dimensional and usually without any kind of connection with the audience.

Will Ferrell is quickly moving into this territory with his Ron Burgundy character. The man is utterly without substance (not to the point of Deuce Bigelow, of course), but is just a caricature of a caricature. Haha. 70s guy with a hairy chest who loves the booze and the women, but is really just a mislead child underneath. Great, that’s deep. Not that I’m looking for deep here, but if the movie was in the least bit funny, I would have had something else to concentrate on.

There are a bunch of dick jokes, bad acting, and even a rumble scene in which guys get limbs chopped off. It’s as if the actors themselves are actually patronizing the script, kind of sneering at the stupidity of the whole thing. Or maybe that’s just me projecting. Nitpicking script and character flaws hardly seems worth the time. In fact, I’m just going to stop here cuz I know most people disagree with me (aside from like my grandma, who is like 94) and put this thing to rest.