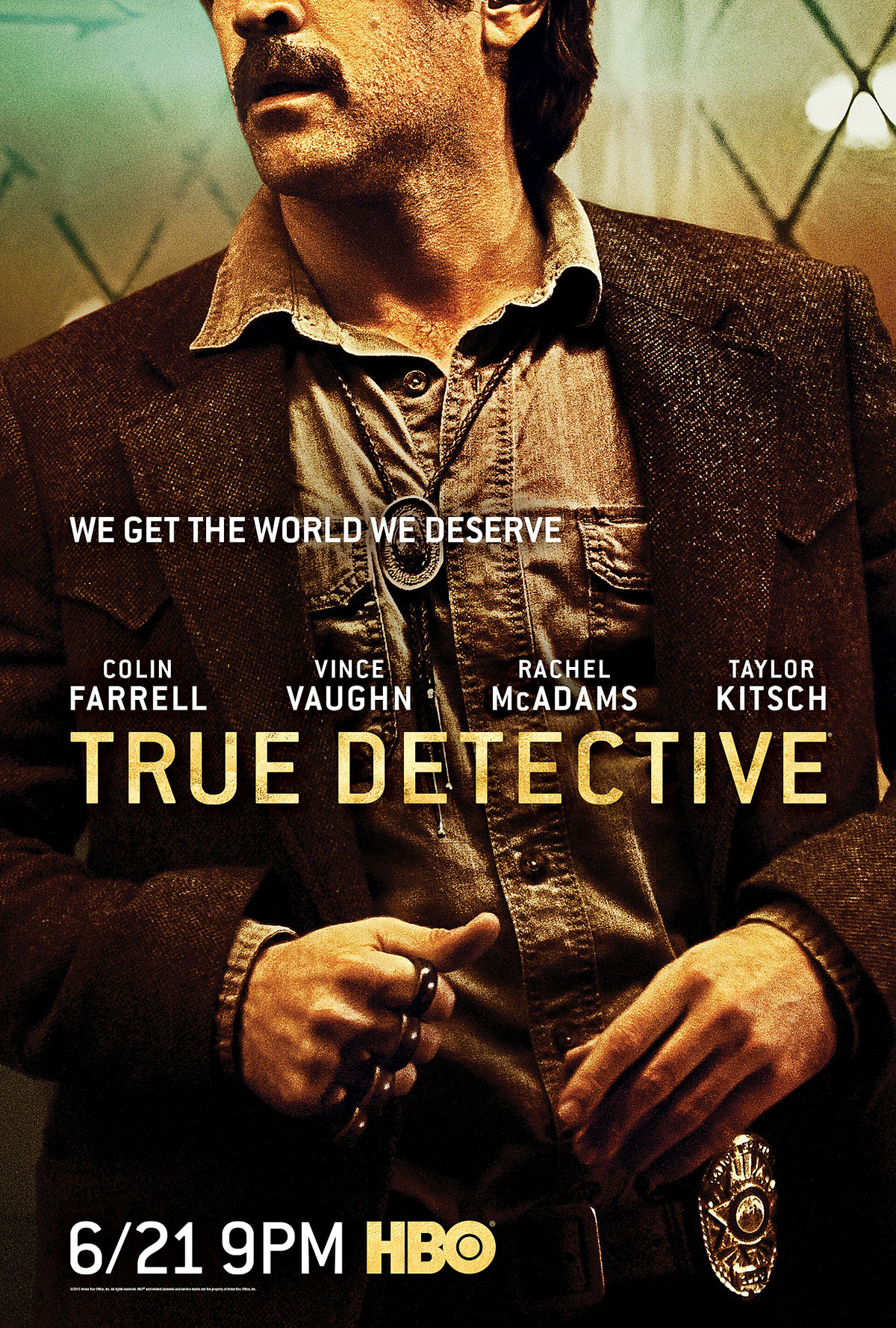 Oh Vince. Vince, Vince, Vince. You poor, poor man. To watch you stretch and struggle through this thick, incomprehensible dialogue in this thick, incomprehensible show was painful for all of us. We were waiting for you to turn to the camera, breaking the fourth wall, throw a Vince Vaughn “who me” shrug and tell us all this was, as it seemed, a goof on all of us. But you played it straight. Meeting at the world’s most depressing bar (complete with the world’s most depressing, awful woman on a guitar), sitting boringly across from drunken Colin Farrell talking about I don’t know what while the director ignores the fact he has a camera, or the ability to move it, and everything just kind of lays there like a dead fish.

Surrounding this is a plot so convoluted and so impossible to follow that it all just becomes a long string of terrible monologues and tons of questionable directing. With that, let’s get the decent stuff out of the way. Um… So… The acting. Well, Colin Farrell is amazing to watch. I mentioned in my In Bruges review that his eyebrows alone should win an award, which does not disappoint here either. Plus he adds a mustache, which is almost too much to bear. If it were not for his oscillating, bending accent that is at times somewhere between Jeff Bridges in True Grit and Billy Bob Thornton from Sling Blade and at others just a clear attempt to cover an Irish brogue. This is not what a guy from LA sounds like (which is where I assume he’s from if his father was also an LA cop). I’m from LA and I sound like a human being, not a vaguely southern hooligan. I did, however, dig his bolo tie, which I also wore to a prom of some sort in 1988 or so. But the guy, even when he’s mumbling and delivering utter nonsense, is pretty fun to watch. The other two main characters (so and so and so and so) could have been anyone, honestly. They posture and basically do the hangdog thing the entire series. They certainly don’t embarrass themselves, but ultimately it’s Vaughn and Ferrell who kind of steal the show, for worse or for better.

So let’s go back. Like one year to the first season of True Detective. It was asinine. It was profane and silly at times, but it was almost impossible to look away from McConaughey and Harrelson. They just commanded your attention and managed to hold it no matter the twists and turns they took you through. They were completely unreal, but somehow felt 2000 times realer than any of the characters on Season 2. Maybe that’s because they actually played off of one another. They were actually in the same room when they were acting together. The actors in Season 2, with the exception of some scenes towards the end between Farrell and McAdams seemed to be looking down at their scripts the entire time, delivering their lines, but never playing off each other. It felt like, even in scenes when characters were sitting across the table from one another (and there is a lot of that), that they weren’t actually acting in the same room. Line they were acting to some green screen CGI effect. And that’s honestly a fault of the script as well as the sometimes befuddling direction.

So what went so terribly wrong this season? Again, last season had its faults, but it was engaging and engrossing and cohesive in a way that this season absolutely was not. I can’t be sure what went on behind the scenes, obviously, but the first issue was casting Vince Vaughn. I love the guy, and he gave his all here, but Vaughn is a guy who plays guys playing guys. He’s the guy usually playing the insecure guy playing the braggart/douchebag/lovable asshole (i.e.: Swingers, Wedding Crashers, The Internship, etc.). But here he’s asked to just play the guy. And that isn’t him. The second issue is the direction. It was passable at times and other times it was downright embarrassing. I’m not certain if they were crunched for time, and had the second unit shooting a good chunk of the scenes, but not having the steady, consistent and creative hand of Season 1 director Cary Fukunaga behind the lens, or any one director helming for the entirety of the series truly hurt it. It felt like a hodge-podge, filled with weird statis when there should have been moved, conversations that just didn’t connect and horrible cut aways that just kill the action and/or are just really clumsy and worthless. One example is when Vaughn is somehow buying a plane ticket not in his name to Venezuela and there is a cut away to the tickets in his hand for some unknown reason which reminds me of one of the worst shots in cinematic history at the end of Carlito’s Way where they cut away to the newly pregnant belly of his girlfriend to remind all of us where babies come from. So, yes, we know one needs plane tickets to get on a plane. There’s no reason to show them in close up in Vaughn’s hand other than the fact this was the 5,678,930th time we had a scene on the show where two humans were stoically sitting at a desk or table together (this time Vaughn and the travel agent) talking nonsense and they needed something to do with the camera besides watch Vaughn flail.

But when it comes down to it, Nic Pizzolatto is to blame for this one. He put the awful dialogue in the characters’ mouths. He constructed this impossible-to-follow plot about the California train corridor, prostitution rings, the LA riots, stolen diamonds, Russians, Mexican gangs, political and police corruption, child abduction, rape, paternity, Lebrons, child abuse and abduction, super-functional alcoholism, fathers and sons, daughters and fathers, mothers and sons, club and casino culture, nepotism, white privilege, new age culture, plastic surgery, murder, fetishism, homosexuality, infertility, facial hair, PTSD, the art of motorcycle maintenance, how to drive from LA to the Redwoods in under 30 minutes, how to really piss off the aforementioned Mexican gang and, of course, what it means to be a true friend. What we didn’t get is a whole lot of is detective work. Or a whole lot of detective work that wasn’t just yada-yada’d only to have our “detectives” show up just in time to overhear the bad guys planning their bad deeds, or pulling out incriminating documents to leave on a table or, better yet, stacking all their beautiful money in small bills so our guys can just come in and scoop it up. I do feel like there’s a kernel of an idea in here (not unlike the one from Chinatown, it seems to me), but somewhere the script just got away from him. And for some unknown reason, nobody backed up and was like, “Dude, Nic, what the fuck are you talking about?” Because, seriously, there is no making any sense of it. I expect, if it hasn’t already happened to get one of those awesome infographics from someone way smarter than me that breaks down what exactly I wasted eight weeks of my life watching.