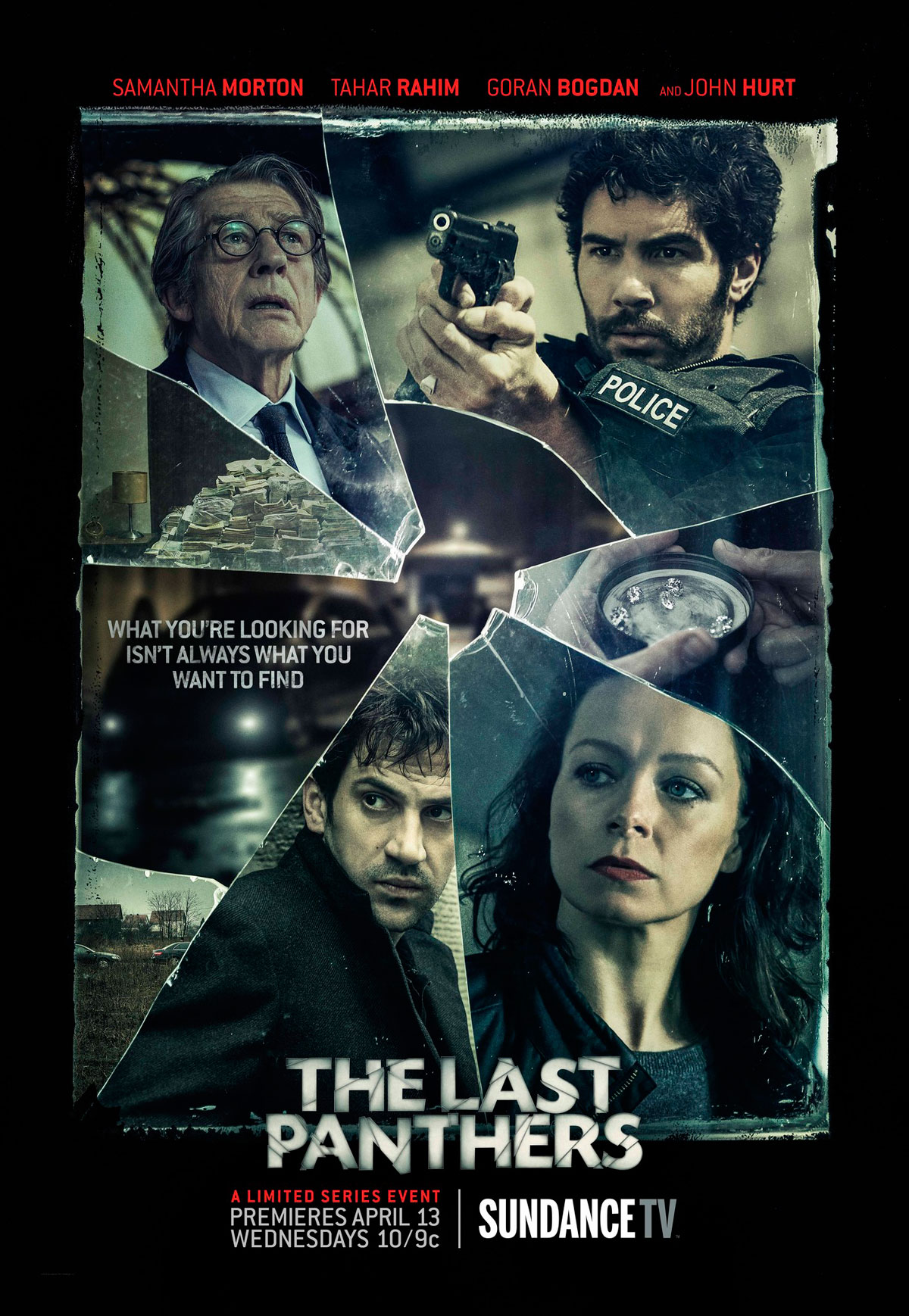 This series is not for the faint of heart. Especially if you’re not into long episodes full of reading. Unless you speak French or Serbian, that is. The series also digs into the war in Bosnia and French stuff and some British stuff. It’s decidedly European with not a smidge of American anything anywhere. Which is normally totally fine except for the fact there is a lot of interplay between bordering nations and politics and history that I’m completely ignorant about. In fact, I didn’t know it was possible to literally walk from country to country to country as easily as they make it seem on the show. Though I think that’s actually just a plot hole that they glossed over.

Like I inferred up top, this show is a bit of a slog. I’d say about twenty percent of it is in English and the rest is subtitled. Scenes take place in a multitude of locations in and around Marseilles, London, different parts of Eastern Europe and the outskirts of everywhere else. In fact, I can’t remember seeing another series that has as many locations as this one. Every scene is somewhere else with very few repeated. I can’t imagine that’s cheap. And almost all of the locations are super-dreary. Giant apartment blocks in France. Bombed out locations in Serbia. Mountains. Forests. Weird Euro houses with very little furniture. Narrow Eastern European streets that resemble something out of Harry Potter. There are a few opulent buildings and apartments in London, but otherwise it’s always rainy and gray and depressing as all get out.

The whole show starts off with a diamond heist that feels right out of an Ocean’s movie. Or like a Euro version of Point Break, I guess. In any case, watching the first half hour of the first episode, you’d think it was going to be something very different than what it becomes. After all, these so-called Panthers are diamond thieves. But this is the only heist in the entire movie. Otherwise we end up with very complicated gun running and bribery stuff that includes lots of flashbacks to the war in Bosnia and UN peacekeeping stuff and I’m sure lots of political commentary on the Muslim community in Serbia and France and all sorts of other stuff that doesn’t include people robbing jewelry stores. And, like I’ve said many times already, it’s a challenging watch.

Did I mention the lead, Goran Bogdan (whom I remember from season three of Fargo), kind of looks like a Serbian John Krasinski? And the guy who plays his younger brother looks just like Billie Joe Armstrong from Green Day? That’s an aside, of course. But basically there are three different storylines (although those are all split up into seventeen plots that all tie together in one way or another). You have your Serbian Panthers who  are trying to turn their gun-running and diamond stealing ways into legit businesses, but are still kind of stuck being the thugs that they always were. Then you have the French Muslim cop in Marseilles who is trying to break up the gun running Serbians only to realize that his own family is involved and that the corruption he sees may or may not actually be corruption. And then there’s the London firm (Morton and Hurt) trying to track the original diamonds for the insurance company only to get wrapped up in all the other mishigas, including some deep shit from their Bosnian past.

The show is dark and humorless. Not surprising, given the subject matter. But it gets a little overwhelming, even at only six episodes. It doesn’t help that each episode is seemingly 40 hours long. Not being able to ever look away (because I don’t speak any of the five or so other languages being spoken outside of English) definitely elongated those runtimes a bit. I’m also not well versed on all the different ethnic things going on in Bosnia back in the day. Or the current day, for that matter. So I just kind of fought my way through those complications.

If you’ve ever read anything I’ve written (and god help you if you have), I do have a real problem when shows treat time like like it’s not a real thing. When characters get from point A to point B in completely unrealistic ways. When characters abandon their cars and manage to walk tens or hundreds of miles in an afternoon. When characters seemingly appear out of nowhere just at the right time. Or just at the wrong time. Or characters who are either way too old or way too young to be who they are based on flashbacks or their experience based on real events. The Last Panthers manages to mostly hide these little inconsistencies in time and coincidence in a complicated plot that takes liberties in the small time and space details in order to get at the overarching point. Though the supposed large age difference between Morton’s and Bogdan’s characters is a little unforgivable (despite them only being three years apart in real life).

It’s clear that a group of someones put a lot of time and effort into this series. It’s not going to be for everyone. Not even close. But I imagine there are some history heads or international thriller types out there who will appreciate the subject matter and the approach. Just go into it realizing it’s going to take a strong constitution and an attention span that’s a little better than mine.