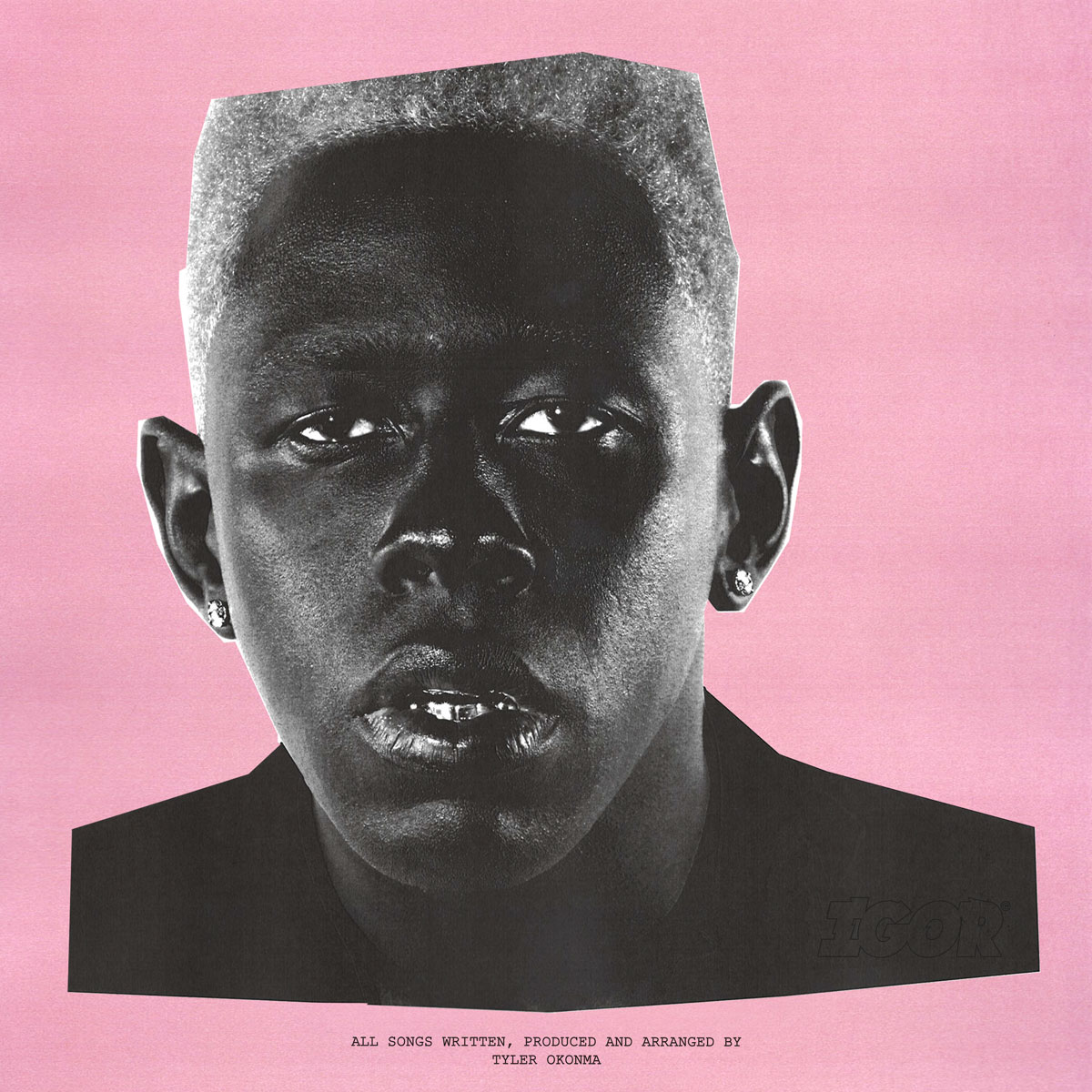 I have so little reference when it comes to stuff like IGOR. It isn’t really hip hop. Though maybe it is? It sounds more like DJ Shadow’s Entroducing…. than it does anything else. Or at least the intro track, “Igor’s Theme,” does. But, again, I have no idea how to describe things in this audio pastiche genre that Tyler, The Creator seems to have found. The whole thing focuses on a feel and a vibe and production rather than a message, or even lyrics for that matter. Weird for a dude who made his bones with his controversial verses and distinct rapping tenor.

I listened to Tyler talk about this album on season three of Rick Rubin and Malcolm Gladwell’s podcast, Broken Record. He talked to Rubin about his process and held his own work in pretty high regard. And, I gotta say that the guy had me convinced that a ton of hard work and theory went into this record. Compared to other hip hop and the like I hear on the radio and coming out from behind the bathroom door when Hipster Jr. is showering, his effort is much appreciated. He clearly didn’t just go online, buy a beat for $15 and mumble a bunch of shit on top of a looped track made on a Casio.

That said, I’m not sure who this music is for. I mean, it’s clearly for Tyler himself. And probably some critics. And occasionally for people who are into something that resembles soul at times. Or R&B. Or maybe some hip hop. It all just feels a bit schizophrenic to me. Track two, “Earfquake,” is probably the most cohesive song on the album. It’s catchy and brings in familiar elements of R&B and themes of a crumbling relationship. Track three, “I Think,” sounds like latter-day Jungle Brothers or one of the more disco-focused De La Soul tunes, minus the actual rapping. It’s a rollerskating song. Oddball, but whimsical, I guess.

It kind of goes on from there in this Xanadu-like existence. And that’s a weird place to be. It doesn’t inspire anything, really. But it somehow still works itself into your head. There’s just very little to anchor any of the tunes. Just as you think you get what’s happening, things shift and mutate into something else. It’s like musical ADD. On “New Magic Wand,” Tyler sings that his buddy thinks he’s on the spectrum. And I’m thinking that maybe his buddy is right. Which makes for both a confusing and deeply interesting experience. But mostly it’s Tyler inside his own head, making music that he thinks is interesting and hoping that others will latch onto whatever aspects appeal to them.

You have to respect the dude for producing all of this himself. And putting his bizarro brain on tape and opening up about his broken heart and loneliness. It’s a long way from his Odd Future days and his 2011 debut, Goblin. The aggression, the joy, the over-the-top misogyny and intentional shock value is all gone. Replaced by a clearly more mature dude who has moved on and is focusing on becoming a real “artist.” The question for me is if I’ve matured and could use some more OFWKTA “Yonkers” wackiness or awesome “Ooldie” videos and less rappers playing pianos and singing.