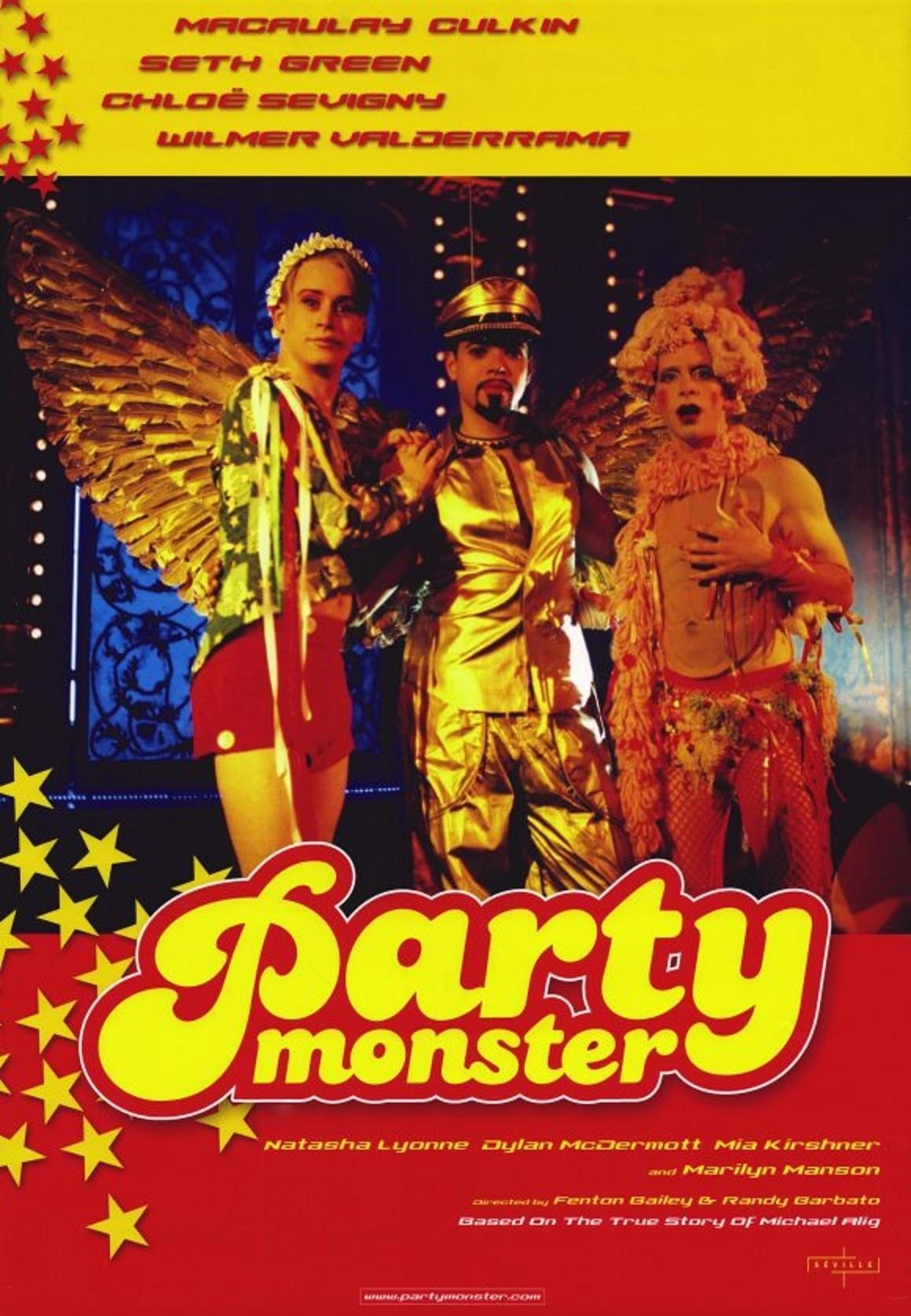 Oh crap, where do I start with this one? I’m pre-disposed to hating club kids. The whole life of decadence thing just isn’t my style. It makes me just want to slap the shit out of all these fools. The fact that they ended up killing each other is more ironic than anything else. “Ooh, look at our free lifestyle, where all we do is take drugs, print up some flyers, put on ridiculous costumes, have sex in club bathrooms and leach off our inheritances. We’re so stress-free and loving!” Ha, bitches! And that’s the gist of this true account of the rise and fall of poor Peter Gatien and his gang of merry freaks.

All judgment of the party kids’ lifestyle aside, the movie itself is like a giant episode of The Jerry Springer Show–or some horrible off-off-Broadway play presented in the basement of The Stonewall. It’s hard to feel for characters that are caricatures. Nobody in this film is sympathetic. Nobody is somebody you’d ever want to be around. Nobody seems to have any redeeming qualities besides being good with a makeup brush.

Watching it was like a major exercise in patience. I wanted to claw my eyes out, vomit and strangle the actors all at the same time. The fact that I actually got through the whole debacle makes me kinda proud, actually. If the real guy Seth Green played, James St. James, was even half as annoying in real life, it’s amazing that Michael Alig didn’t murder him. You’d have thought Alig cured cancer the way he pranced around feeling completely untouchable. He even boasted about the murder he committed publicly, and essentially got ratted out by his “friend” James St. James, on whose book this movie is based.

It’s pretty awesome that all these messed up, moronic souls ended up turning on each other in the end. The thing ends up being a complete mess. I’m not stupid enough to judge a movie based on the personalities of real people (and if they’re likable or not), but there is something so completely cheesy and false about the presentation of the material that I just can’t excuse it. Granted, the people themselves are completely vapid, materialistic and soul-less, but why not explore that side of it rather than concentrating on what is essentially the murder of a drug dealer in an angel costume by a very stoned dude who liked to dress up like an s&m Charlie Chaplin.

I’m not sure of it’s just James St. James’ point of view, but he goes very easy on Peter Gatien in this whole thing, and essentially blames his best friend, Alig, for everything. What a surprise that one egomaniacal douchebag in his jealousy rats out his buddy in order to both further his standing in the community in which he so badly craves acceptance as the leader and gain favor with a guy who can actually do something for him. It’s all like a bad high school flashback, but with dudes in clown make-up.