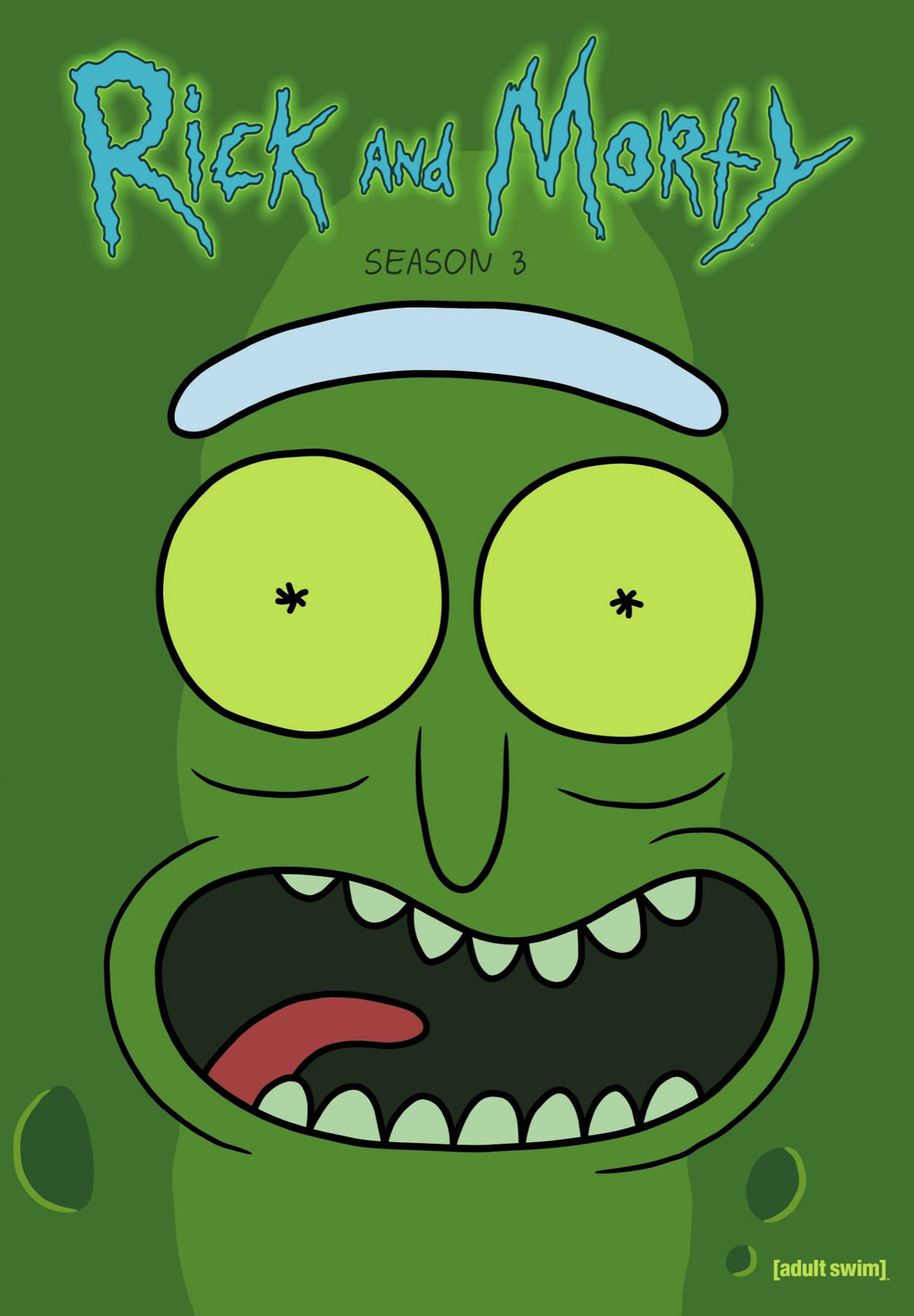 What in Christ is this show? I mean, it’s kind of insane that this is allowed to exist in this universe — let alone the multiple universes through which our titular stars, Rick and Morty, travel. It’s filled with cussing, murder, underage sex and just general depravity. But, shit, it’s a cartoon, so I suppose that’s fine.

The show stars Grandpa Rick, the smartest man in the universe(s), and his grandson, Morty, who is maybe in the bottom quarter of his freshman high school class. They go on adventures through time and space, traveling to different dimensions and far away planets. And it seems their main function is to either fuck or kill whomever they run into. Okay, that’s a little hyperbolic, but people and creatures with whom they interact often times end up decapitated or turned into an exploding pile of goo. In these first three seasons, Rick probably murders a couple thousand people and creatures.

But, seriously, Rick is not a likable character. He’s a total sociopath. His excuse for this is that there are infinite Ricks and infinite Mortys and infinite everyones across dimensions, so why should he particularly love or care about the ones in the particular dimension in which he happens to be residing? He’s clearly modeled on a funhouse mirror, drunken version of Doc Brown from Back to the Future. And a huge dash of Bender from Futurama. And Morty on a somewhat sniveling version of Michael J. Fox. The rest of the family is made up of Rick’s daughter/Morty’s mom, who is an unusually cruel and conflicted woman named Beth. And Morty’s dad, Jerry, who is unemployed, cowed by his wife and constantly put down by Rick. He’s horribly insecure and is the cringey character that we kind of hate so much it’s even hard to feel bad for him. And, of course, Morty’s older sister, Summer. She was the “mistake” that caused her parents to marry and is a typical teenager who just wants to be loved.

Most every episode of the show is a new adventure set up by Rick having to go retrieve someone or something on another planet or dimension to further one of his experiments. Sometimes they go domestic — with Beth and Jerry’s marriage always hanging by a thread and often times sabotaged by Rick — but the preponderance of episodes include Rick and Morty in some sort of peril off planet blowing someone or something up. And lots of blood.

The thing is the show has very little in the way of parameters. And that’s what makes it fun. Dan Harmon of Community fame, has an insanity inside his head that makes literally every episode an adventure. When your canvas is anything you can think of, it can go everywhere and anywhere. Even when most of it is couched in dick and poop jokes (there is an actual character called Mr. Poopybutthole) the narratives are often smart, funny and endlessly creative. Rick’s disdain for everything is pretty unrelenting, but the lengths he goes to prove how much of an asshole he is is amazing. Even when you think he’s softened to his grandson, the writers twist that away from you and don’t give you that Simpsons soft landing. No. Rick is not only the universe’s smartest man. He’s the universe’s biggest asshole.

The show is a great binge at maybe three at a time. Any more and it’s almost too much. Too much negativity and slaughter. Too many episodes of “Did Summer’s high school friend really just sleep with and marry a middle-aged bird man from another world?” It’s almost too much at times. But it is a really original and funny-as-hell series most of the time. It’s cynical, sure. And it’s not going to be for anyone who doesn’t like profanity and some deeply disturbing ethical lapses.

But the show is just so much fun. It’s kind of insane, but the sheer mechanics of it are always surprising and like very little else on television. It’s anarchy. Or nihilism. Or both. I mean, when you can do anything, then nothing is special or sacred. And that makes for a wild ride.