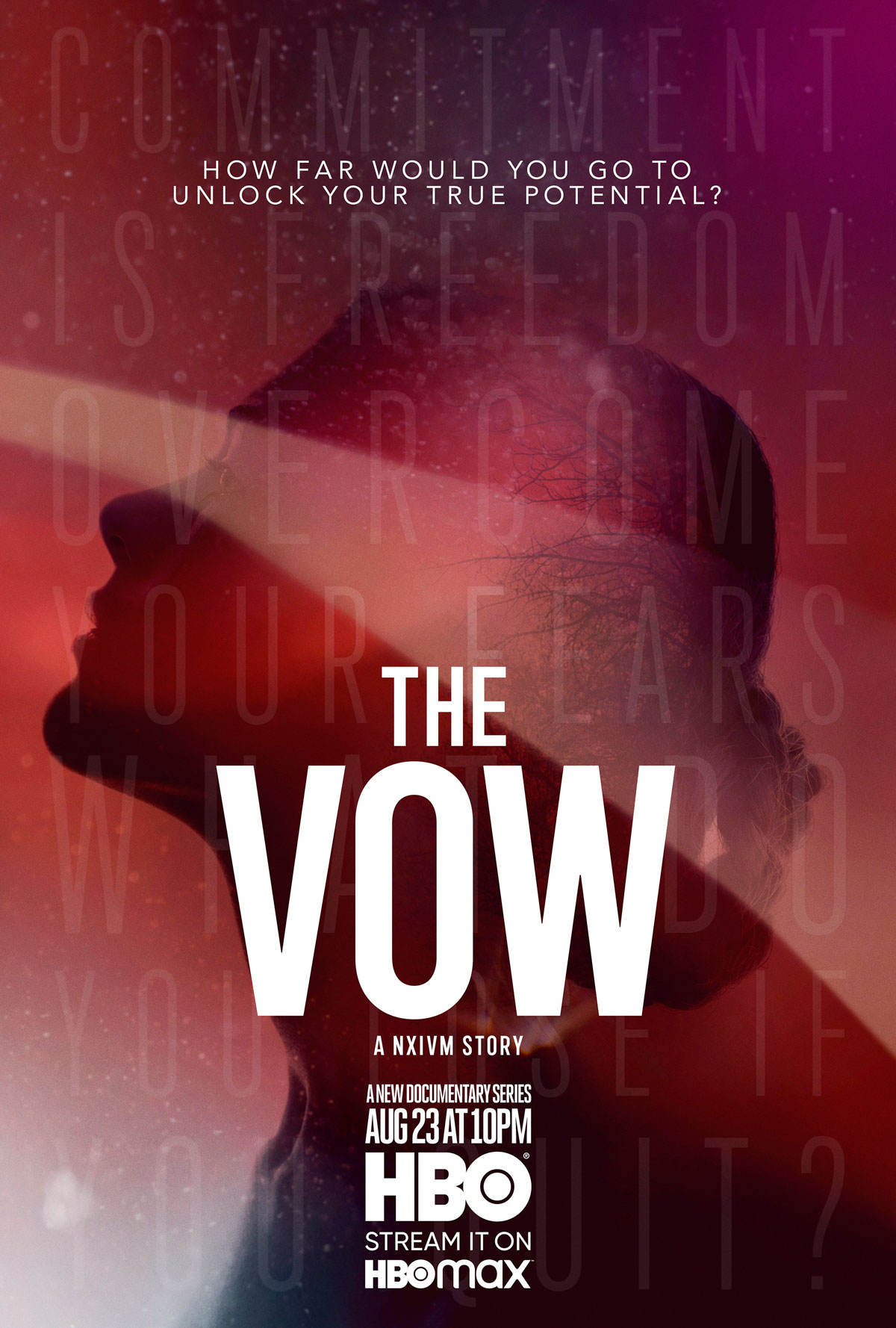 The thing about cults… We all think we’re way too smart to fall into one. And, let me tell you that after watching The Vow, I’m pretty sure that thought still holds for this ridiculous NXIVM cult and all its subdivisions and offshoots. I’m sorry, but all of these people are either really fucking stupid or insanely gullible or bizarrely narcissistic. Or all of the above. To note, I am in no way a mental health authority or trained professional. So my hyperbolic take isn’t exactly what you’d call an educated one. But, seriously, who lets themselves get conned by one of the least charismatic cult leaders ever? This shitbag, Keith Raniere, is basically Michael Scott without any of the charm. And the “good guys” in the doc seem to spend the entirety of the series essentially making excuses for themselves. When they’re not also making themselves look like brave whistleblowers against a man who is essentially the guy who corners you at a party and you spend two hours trying to get the hell away from.

The whole series is really weird, honestly. Because rather than the typical voiceover and rotating group of 15 photos, we have video of pretty much everything. Professionally produced video of every interaction ever interacted between Raniere and his people. Because one of the whistleblowers, Mark Vicente, was the official videographer for Raniere, who escaped with all his footage. So rather than “report” on things that went on in the cult, we have video of all of it. Along with the testimonials of Vicente and a group of other whistleblowers like actresses Sarah Edmonson and Bonnie Piesse. The thing is, when you control the source of the story, you control the story. And, yes, Vicente admits to being naive and self-flagellates a bit, but he also makes himself the hero of this story. Because why not make yourself brave and heroic if you know exactly what footage will give that impression, and what footage would make you look like a not-so-bad guy. So, I’m a bit dubious about the whole endeavor. Especially since a lot of their dialogue post-escape feels oddly scripted and it’s super-unclear who is contributing to this doc other than Vicente and team.

And it’s a vague endeavor at that. I mean, sure we get some insight into the cult and their techniques, but there are whole chunks of information missing. Like how much is Raniere raking in with this “empowerment” scam? What are his empty words and psychological mumbo-jumbo allowing him to pull down? We don’t get the sense he’s living a lavish life. Or that he really gets off on hoarding cash. So we move to the whole sex thing. There are some small indications that he’s sleeping with some of his followers. But they seem to kind of circumnavigate that whole topic. Like they literally never come out and say exactly what his motivation is. They say he’s manipulative and insinuate a bunch of stuff (sort of), but never really spell out a thing. From what I recall there is not really an explainer of any kind (save a couple simple infographics) in the whole documentary. Which is a thing that really would have helped clarify some important stuff.

But the most annoying thing — and one that Ms. Hipster and I literally yelled at the TV about — is the entire criminal complaint. Half of the doc is about the pursuit of Raniere and the whistleblowers’ dealings with lawyers and state and federal authorities. But, once again, it’s never made entirely clear what Raniere has done. They talk about him being a manipulative POS and sleeping with multiple woman (all of whom are of age and willing participants) in the cult. And they talk about branding and weird master/slave stuff involving blackmail and manipulative controlling behavior. But all of this  is done within a group of women called DOS, which is seemingly insulated from Raniere and give him plausible deniability. But I guess the focus is sex trafficking. Which they never really plain. Even when Catherine Oxenberg joins the renegade group to help them with the pursuit (because her daughter India is in NXIVM), we don’t understand why any of what Raniere is doing is considered sex trafficking. We just get suggestions around the edges. As if Vicente is scared to come right out and accuse the NXIVM leader of federal crimes and lay out the details for fear of being sued. Or — and this was just my sense — the dude still reserved some weird love for the guy. As did the others (save Piesse), whom all seemed about 90% deprogrammed. Which meant they were still 10% dead-eyed, cult zombies.

Which leads me to the conclusion that I didn’t really trust the narrators of this thing. They had a reason to lie just a little bit. To leave out self-incriminating details. To make themselves look better in the eyes of viewers. It’s human nature, after all. And these are people who clearly have a strange selfishness in them. A need for acceptance in their damaged psyches that landed them in a really dumb cult to begin with. These are not crazy people the way you see crazy people in other cults. These are actually semi-intelligent folks who seem clear-eyed and cognoscente of their actions, but are clearly broken inside in some irreparable way. Plus, who joins a cult based in fucking Albany? That place sucks, and so did most of this series.