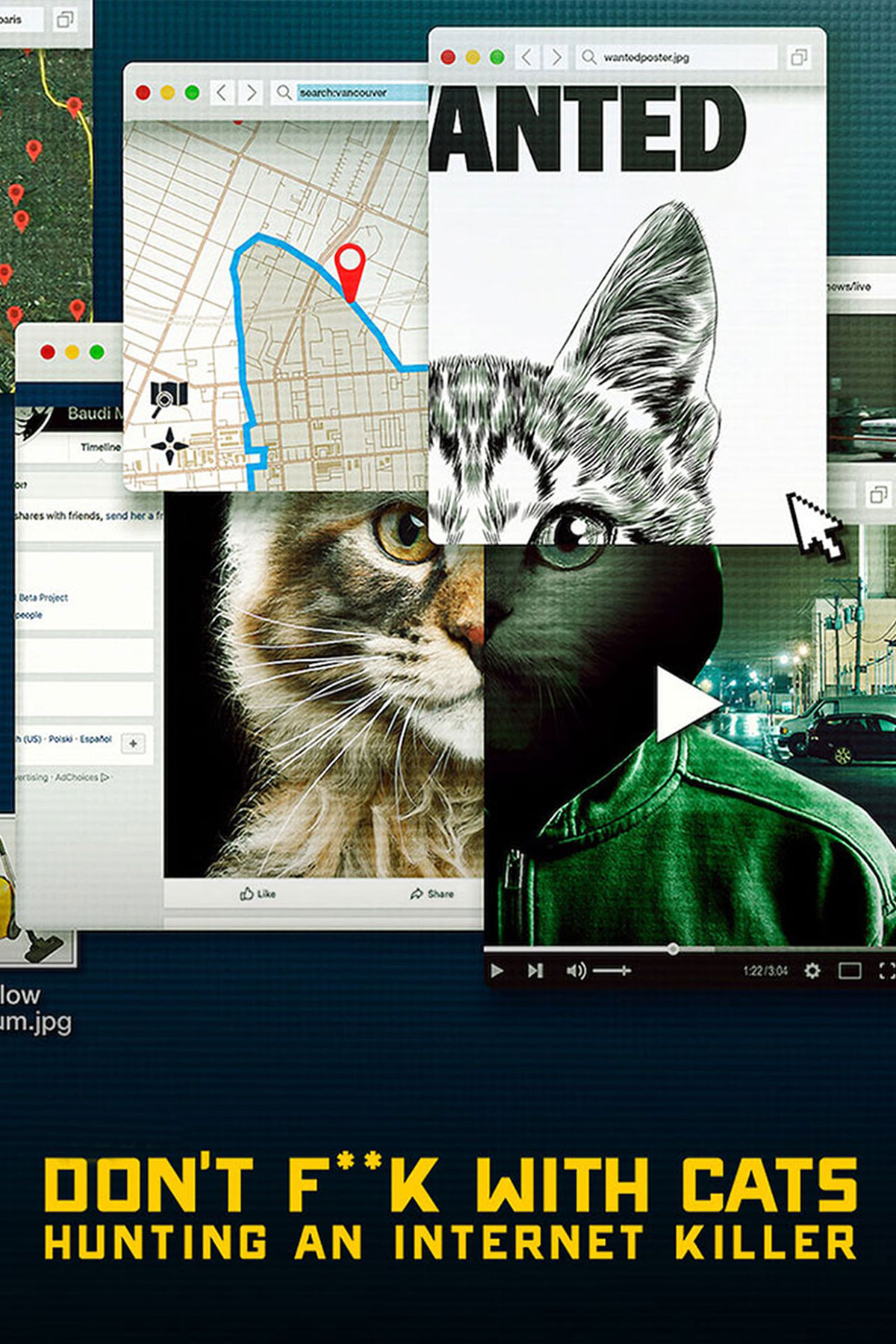 I really wanted to resist Don’t F**k With Cats. Seriously. I wondered what kind of person this made me to watch such depraved garbage. And that was before I knew half the crazy shit that happens in this three-part crime documentary series. And as an unconverted dog guy who owns a cat, I could only imagine watching through my fingers while kittens met their maker.

But the show is so much more than that. I mean it’s still slightly trivial and sensational, but the story itself goes so far beyond just some sick fuck who puts a couple kittens in a vacuum bag. Though, that too is an atrocity. The series turns the lens on the audience itself. Confirming my deep seated fears that watching trash like this makes me a part of the problem. Part of the on-demand social culture that drives psychotic narcissists like this one to do crazy shit for attention.

It’s not like the old days where some guy does something crazy and attention-seeking and the only people who see it are the ones who see it live. Or, if he’s lucky, on the local evening news. No, this guy kills a couple kittens, posts it to the Internet and millions see him. And talk about him. And investigate him.

And it’s the focus of this last part that’s interesting. I mean the cat killer dude is just another dogs-head-on-a-stake psycho. There are clips of him auditioning for some weird Canadian modeling show and acting gigs and thousands of pictures attached to hundreds of accounts. And in every one you can see this creep is dead behind the eyes. He looks exactly like a dude who would murder things for fun.

And when they unwind his backstory, it’s as if a novelist wrote it. All the telltale signs of a burgeoning criminal. Broken home, clearly crazy mother, bullied. Remakes himself into a “model” with an incredibly inflated sense of his own talent, intelligence and success. It reminds me pretty closely to the Andrew Cunanan character from The Assassination of Gianni Versace: American Crime Story. And both their stories are real and weirdly similar. It’s a type, I suppose.

So back to the investigation. This woman in Vegas takes the cat killing very personally (despite also being a dog person) and decides to make it her mission to figure out who the guy is and bring him to justice. Little did she know she wasn’t the only one. Another weird dude in LA thought the same thing. He doesn’t seem have any pets at all. They’re both kind of dorky, but they suck others into their FB group and spend an inordinate number of hours looking at every frame of the video to find something of significance. And it’s their mania that acts as a mirror for our modern conundrum of not only creating and perpetuating the obsessive Reddit culture, but also, in some way, feeding these monsters whose only nourishment is recognition and infamy.

The story quickly catches fire as this dude’s crimes escalate and he dude becomes exactly what he probably intended to be: an international outlaw. And our two online investigators can do nothing but shake their heads, cuss a lot and say I told you so. As edited, it does certainly seem they were onto something when the actual police were not. So, in the end, the question is whether this online obsession culture is good or bad for us. They may have been the solution, but it’s not completely out of the question that by giving the crime air, they were also the problem.