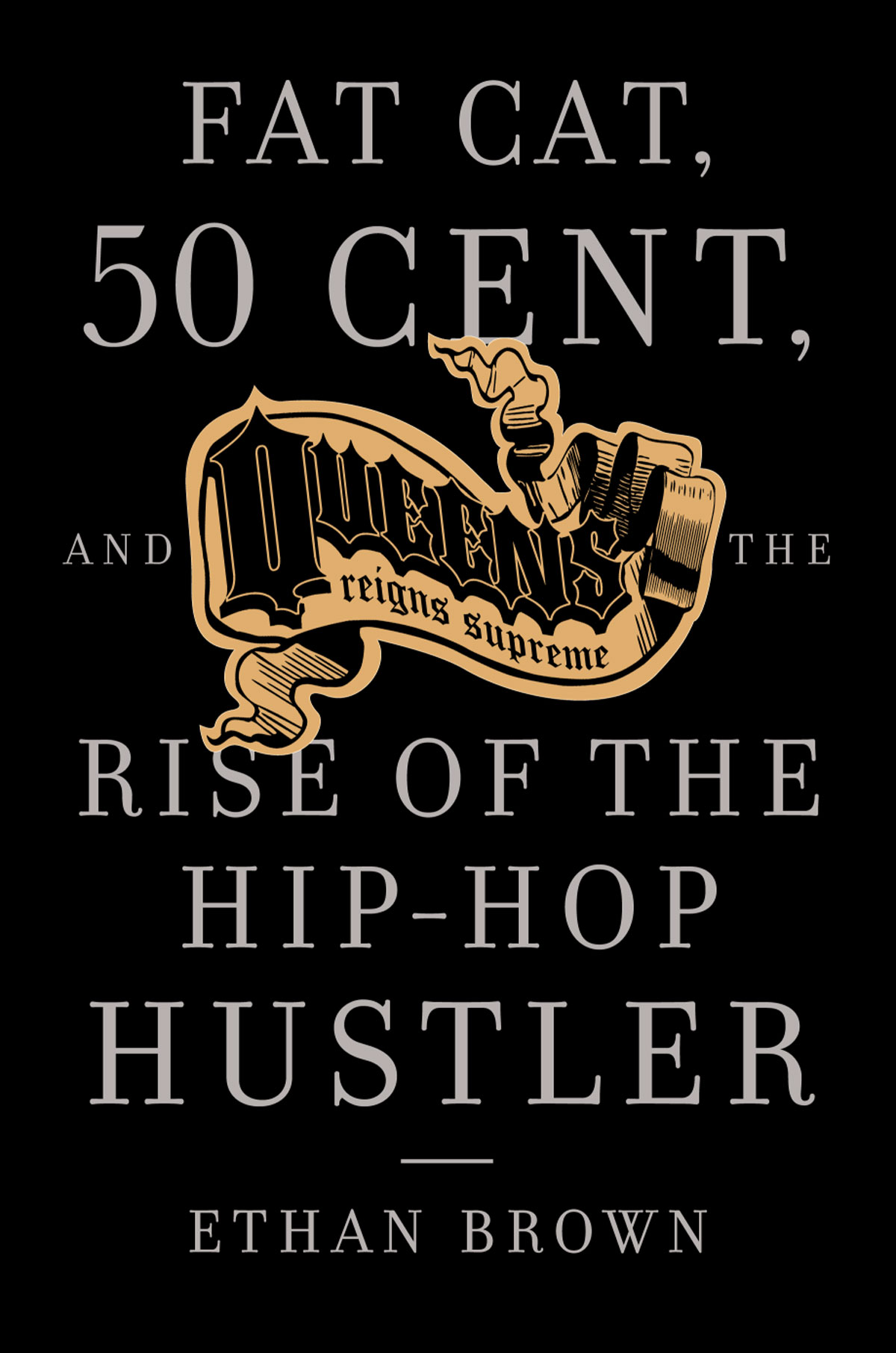 Queens Reigns Supreme: Fat Cat, 50 Cent and the Rise of the Hip-Hop Hustler

Who knew I would have so many connections to a book about hip-hop and drug dealing? My first minor connection is that I worked for the publishing company that put out this book. My second connection is that I’ve met the author, Ethan Brown, back in my short stint as a publicity assistant at Interscope. I think I set him up with an interview with some horrible Space Monkeys band or something. My biggest connection is working in Def Jam’s offices at the time when Murder Inc. was raided and subsequently booted from the building. We were the ones that got the 911 call to instantly clean up the Murder Inc.’s web presence, as they were now to be known as The Inc. We had to obliterate any trace of the name Murder Inc. from cyberspace. We had to post the overlay page on Def Jam’s website when Jam Master Jay was shot and killed. We heard the charismatic Lyor Cohen giving an intern a dressing down (in a nice way) because he didn’t know the right way to put shmear on his bagel and had never had lox. We were webcasting (or set to) the catastrophically embarrassing sit down that wasn’t between Ja Rule and 50 Cent with Louis “what Holocaust?” Farrakhan. We heard the bombast and the hustler names floated around, I just had no idea anybody was paying attention. The whole thing seemed like a giant act to me–just hip-hop swagger–but after reading this book, I guess there was more to it. I can certainly say, I didn’t realize just how bad and dangerous New York City was back in the 80s. I mean, I visited here occasionally from the West Coast, but I pretty much stuck to The Waldorf and FAO Schwarz, I guess. Hearing Elizabeth Street referred to as a “crack block” is just nutty to me. This city was crazy, but not as crazy as Queens, which was apparently like the Wild West–but much more violent. The shocking thing is the bravado of the drug dealers (hustlers) who flaunted their dealing and hustling right out in the open. Smart, they were not. The fact that they thought they could just go on in perpetuity showed the kind of brainless hubris that had carried through to so much of hip-hop. Why do you think you can pull out a gun at a club and not get shot? Why do you think you can badmouth other violent, irrational men and not get shot? It’s a viscous cycle that Brown lays out. The parallel between hustling and hip-hop is clear. Sometimes there’s a literal connection, and sometimes it’s just hero worship. Why one would worship a homicidal felon is beyond me, but I understand the power quotient behind it all. The whole book is awfully sad, really. I can’t say I loved the book. In fact, I can’t say I really liked the book, either. Brown, I believe, is used to writing magazine articles, and not full-length books. This thing could have been summed up in a long-ish article in Rolling Stone or Spin. If I heard the name ‘Preme one more time, or the Southeast Queens ‘hood, I was going to chuck the thing. Brown writes very simply–almost too simply. It’s as if he’s leading a child down the road, often repeating information and reiterating the same point over and over again. I found myself annoyed in the way I’m annoyed when you speak to someone who insists on unnecessarily saying your name every time they address you. “Mr. Hipster, I was wondering if you would like a big sandwich, Mr. Hipster? You know what I mean, Mr. Hipster?” Granted, he did do his research and must have run up against some tough dudes. I’m not sure who the audience is for this book (besides people like me who get it for free), but I imagine the demographic (whatever it is) and window of opportunity for this thing is pretty narrow. After all, how many people want to read more crap about Tupac and G-Unot!