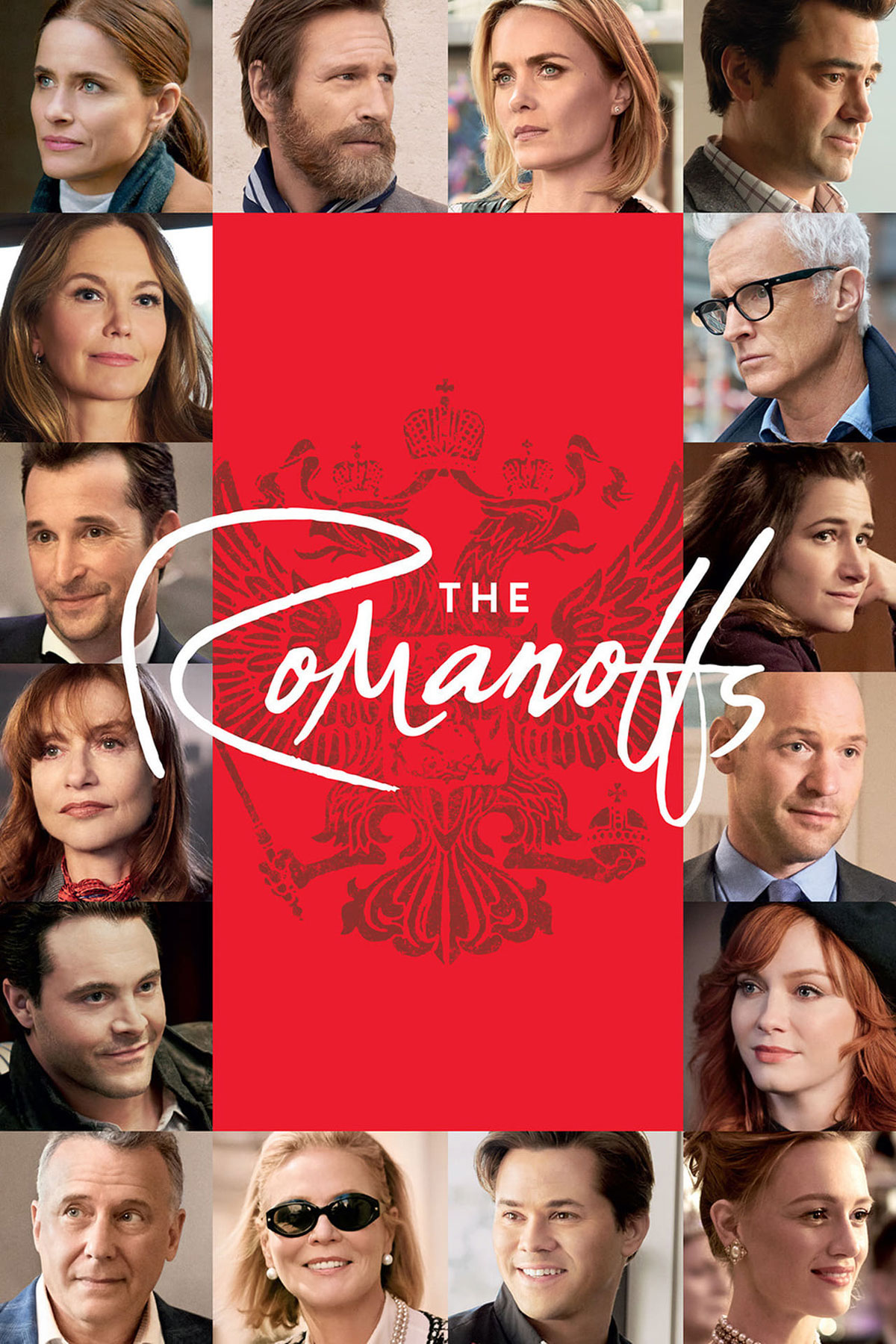 Sometimes we let people get away with stuff because of their past success. We let them indulge in things that are then foisted upon us because at one time we labeled them a “genius.” Such is the sordid tale of Matthew Weiner. Sure, he was one of the writers on The Sopranos, which was admittedly one of the best shows of all time. And he was the creator and creative mind behind Mad Men, which, in retrospect, was very good, but a skosh overrated. His other projects were mostly underwhelming or, in the case of Andy Richter Controls the Universe, only things that I and like five other people ever saw and enjoyed. So, why, based on that iconic resume — but not highly-rated in a Marvel movie or CBS sitcom kind of way — would Amazon agree to fund what amounts to essentially eight feature films based on a loose theme around a family that nobody really remembers or cares about? Only, Weiner doesn’t even really do that, as his loose construct seems to be more of a sell job to Amazon than a through line that he actually decided to follow in his own stories.

The first sign that this may not have been a successful endeavor is that after four episodes, I sighed out loud and said something to the effect of “Well, at least I can say I tried.” That was on or around October 27, 2018. I didn’t realize, however, that there were four more episodes to go, with the fifth coming out on November 2. So, not only did I have to slog through four more episodes, I had to wait around for them to be released over another month’s time. I have no clue why they decided to not just drop them all at once. It’s not as if anyone other than a desperate person on a plane to and from Dallas would want to ingest anything this long and dense in one or two sittings. But I’m a glutton.

Now, look, I know most of this is my fault, but I had some idea that this was some sort of cool mystery show or something. I seem to recall a TV movie from the 80s about the Romanovs that I have no proof exists, but it examined the phenomena of at least one woman claiming to be the one surviving member of the royal Russian family and whatnot. Oh, it does fucking exist: Anastasia: The Mystery of Anna! Holy crap, it starred Amy Irving, of all people, and Christian Bale in his first movie. The things that I agreed to watch with my parents in 1986 are amazing. Anyway, I thought the series was going to literally be an anthology of people claiming to be Romanovs (or Romanoffs) and people either believing or not believing them. And it would be fun watching wackjobs reconstruct their ancestry and figuring out who’s for real, who is insane and who is just in it for whatever fame and fortune might be at stake. Sounds fun, right?

Well, as it turns out, there is very little of that. Yes, again, there is more or less some Romanoff stuff in each episode, but with the exception of one of the stories, it’s not really at the heart of things. And, in a couple cases, it’s barely even a thing. It just feels like that if you’re going to pick a subject and something that is as specific as this family that maybe you’d want to make it more relevant. But I’m not Matthew Weiner, and I suppose Amazon knew what they were getting for their money (which, by the way, consisted of eight episodes filled with mostly wealthy-ish white people). For my money, this is what I got from the eight episodes (in order):

“The Violet Hour”
Aaron Eckhart, the rich man’s Thomas Jane, stars in this seriously awkward Parisian tale of nothingness. Eckhart, a ne’er-do-well dude who lives in Paris for some reason, is essentially waiting for his rich old aunt to die so he can inherit her really nice apartment. It’s completely unclear wether he actually cares for her or is just after her flat. Against character, the racist-ass aunt makes friends with a muslim caretaker and a really unrealistic situation ensues that feels entirely fake and stupid and the end makes little to no sense. This was where I almost bailed.

“The Royal We”
Corey Stoll embarrasses himself in a Julian Sands-in-Boxing Helena-like performance where he gets de-nutted by the cute girl from Scrubs. It’s basically the plot from the awful 1986 movie, Separate Vacations, so you can imagine how well this goes. It’s truly painful to watch. I have no idea how I pressed on. But I did.

“House of Special Purpose”
Okay, at least this one was a little different. Like they went out of their way to make it kind of off-kilter and weird. Set in what amounts to an Austrian forest, Christina Hendricks shows up to star as a Romanoff princess in a miniseries about the family’s murder. The oddball thing is that Hendrick’s character is supposed to be kind of a lousy actor, and it’s really unclear where the lousiness begins and ends with her. She played kind of a stiff on Mad Man and does the same here. It’s questionable if she actually has another gear. I’m thinking Weiner’s favoritism hurt what could have been a much better episode had the lead been stronger. Its kind of creepy Alfred Hitchcock air made it an outlier in the whole series, but maybe should be a direction they consider if, god forbid, they ever make a second season. But the ending is just plain dumb.

“Expectation”
This is Weiner’s Woody Allen episode. It’s nice to see New York on television and not Canada-as-New York. But despite the nice New York of it all, he tries some flashback directorial stuff that totally doesn’t work. Luckily the actors kind of save this one. Amanda Peet is always great and John Slattery is low-key super-engaging. They make an attempt to tie some of the characters in this one to earlier episodes, which actually make a ton of sense, but later seems strange when they never really try it again. The plot is nothing new or special, but it feels a little more connected to the universe.

“Bright and High Circle”
After two watchable ones, this one completely shits the bed. It’s borderline one of the worst episodes of television from 2018. Diane Lane — who was actually a minor character in “Expectation” — is the mother of three boys who take piano lessons from the gay friend, Elijah, from Girls. The rich ladies in their rich community kind of spread this rumor that the teacher may or may not have done something untoward with one of the children he teaches. Queue all sorts of over acting from Diane Lane and poor Ron Livingston and a bunch of overblown stuff that feels more at home in the 50s than in modern liberal society. It’s all really silly and feels really fake and fizzles majorly. Like a really terrible episode of Big Little Lies.

“Panorama”
Absolute garbage. Feels like a middling episode of Red Shoe Diaries, but with less nudity. This might be worse than the episode before it, but at least we get to see Mexico City, which looks interesting — if not a little kidnappy. To explain its banality would be to put you right the hell to sleep.

“End of the Line”
This one, set in a dark, cold Vladivostok was one of the better vignettes in the series only because it seemed to have a point of view. The Romanoff connection was a little forced, but a couple’s voyage to adopt a Russian child is mostly made good because of the funky surroundings and the always excellent Kathryn Hahn and the awesome Mad Men everyman, Jay R. Ferguson. It gets a little melodramatic, but had a decent mix of weirdness, humor and drama to at least keep your attention for most of the 90-minute runtime.

“The One That Holds Everything”
This episode didn’t seem to know about the seven that came before it. It has prosthetics and murder and a twisty-type plot that just feels out of place with the rest of the series. Again, it feels a bit like a discount episode of Alfred Hitchcock Presents, but at least Weiner tried something a little more attractive to a mainstream audience. Because, you know, people love murder.