The Castle in the Forest 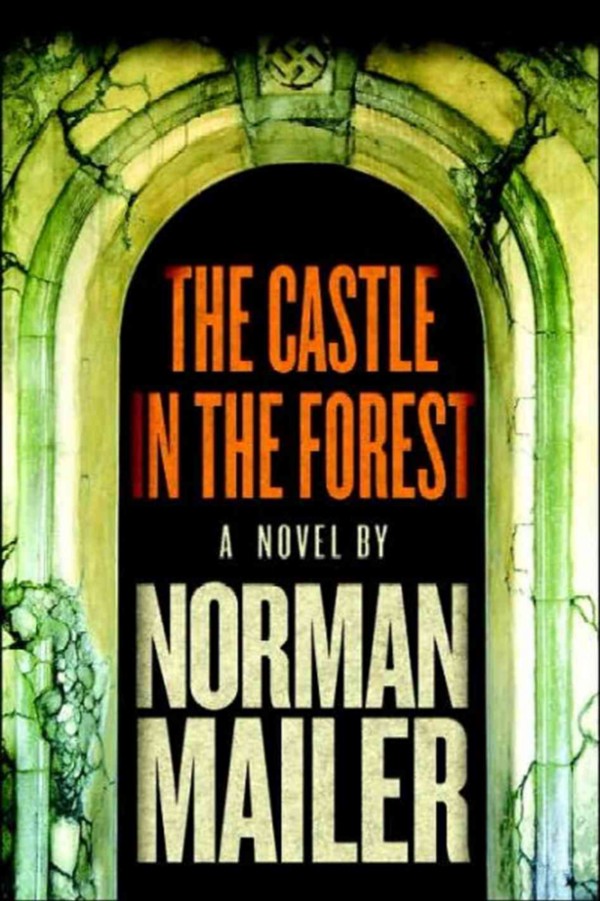 I’ve read several Norman Mailer books over the years, and I’m always amazed at the pure amount of stuff the man can pack between the covers. His will to get the things to 500 pages verges on the obsessive. Why not digress for 60 pages here and there, completely abandoning the main storyline? It’s not as if we need a breather every 300 pages or something. The man is clearly afraid of a silent room, a pause in the conversation, an idea unexplored…

And in this tome about the childhood of Adolph Hitler he doesn’t disappoint. The story is actually narrated by a devil. No, not thee Devil, but one of his minions, who is sent to Austria to oversee the development of one Master Adolph Hitler. He’s not even sure quite why he’s been given this boy as a “client,” but the big man downstairs has given it top priority. We are treated to the thoughts of this devil throughout the story, and everything is lined with the context of the battle between Satan and God (with their devils and angels as their agents) over what are essentially the souls throughout the world.

The narrative device does add a tinge of absurdity to an otherwise deadly serious tale about the psychological formation of one of history’s biggest monsters. As with most of Mailer’s novels, the people are in fact based on real folks, but are endowed with every rumor, tall tale and outright lie that have been told about them throughout time. So while Hitler’s upbringing is outlined with actual facts (and those “facts” he imparted in Mein Kampf, among other tales), the soft stuff is filled in with conjecture and Mailer’s own twist on what was what. Principle among these (and a serious theme in the book) is that Hitler’s mother was the product of an incest (her mother and father were half brother and sister). And to take it even further, Adolf himself was also the product of incest (his mother and father were in fact father and daughter). There is, of course, no proof of this in real life (Hitler’s mother and father were in fact cousins), but with some wishful thinking, thin rumors and tainted testimony, he figured why not perpetuate? After all, it’s fiction!

I’m not sure if this untruth somehow lets Hitler off the hook in some way by making him genetically predisposed to crazy behavior, but I certainly hope that folks don’t read this and assume he’s anything but pure evil. That would be if I actually believed in that kind of thing. Anyhow, we get page after page about bee keeping, some gross oral sex with an stinky, pee-stained old dude, family strife, sexual liaisons with chambermaids, physical abuse, emotional abuse, castigation, Austrian government politics and the molding of a boy by powers both Satanic and mortal into one of the most ruthless murderers the world has ever known.