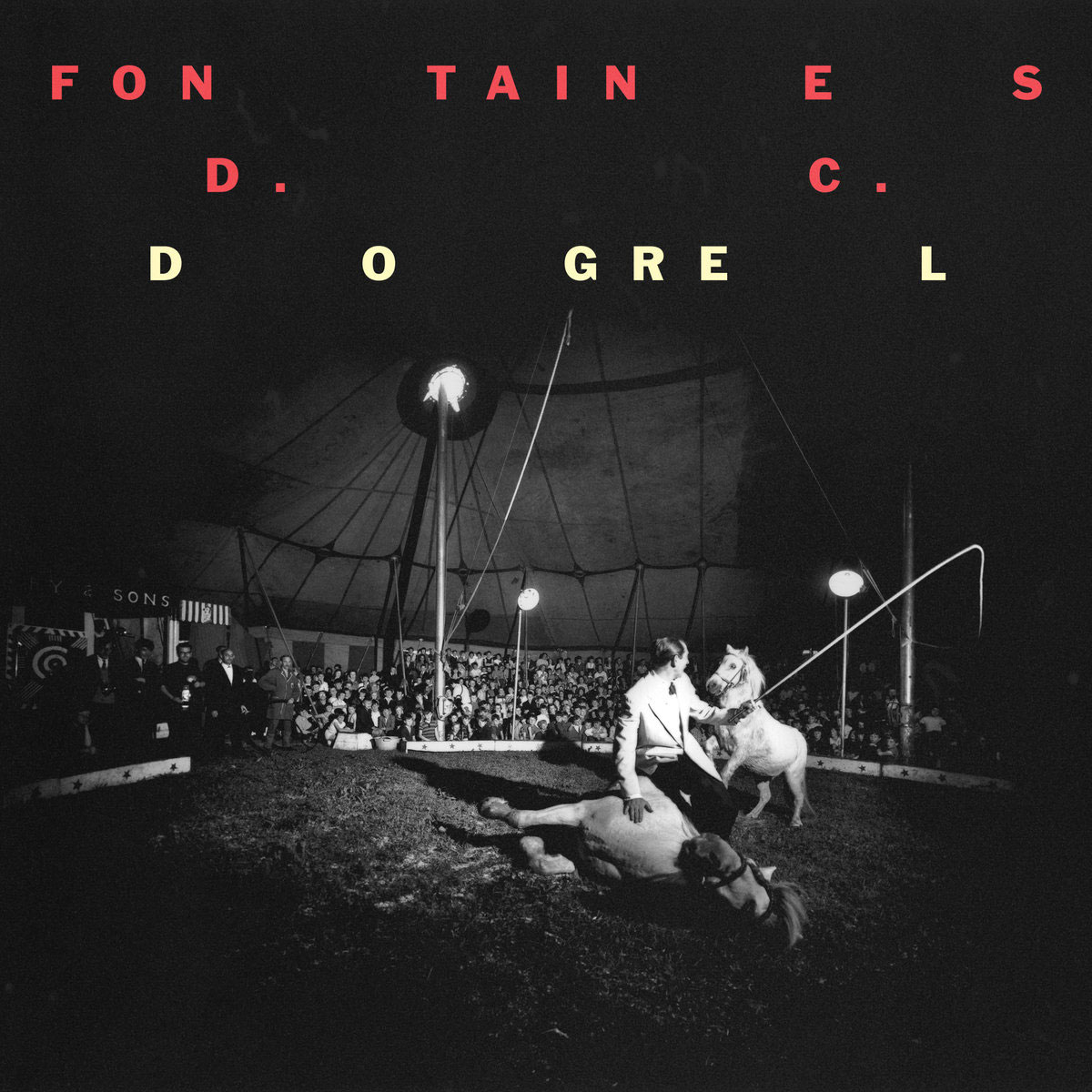 The band Kansas is from Kansas. Alabama is from Alabama. L.A. Guns are from LA. Fontaines D.C., however, are not from our country’s capital, but the far-away land of bar bands, Dublin, Ireland. Weird, right? I mean, the band Phoenix is from France and not Arizona, but that’s kind of different. I made an assumption that Fontaines D.C. was another in a long line of Dublin rock bands, but realized after racking my brain for thirty seconds or so that the only other Dubliner artist I could think of was U2. Two seconds of Googling also tells me The Boomtown Rats, Thin Lizzy, My Bloody Valentine and The Script are from Dublin, but that’s just about it. That was honestly pretty surprising considering what feels like a pretty deep musical history coming our of that country and that city.

And while, sure, there were these others groups from Dublin, none of them come at it from the same post-punk, yowling kind of way Fontaines D.C. does. The Script doesn’t do gritty and angry. My Bloody Valentine sounds like a pack of drunken underwater angels singing into the wrong end of a vuvuzela. And U2 are a stadium band more concerned with wearing the right shades for the past 30 years than playing for the people. And while this band doesn’t physically look completely different than late-80s U2, their brand of rock leans into the blue-collar Dublin lifestyle way more than any before them. You know, drinking, smoking and Catholicism. And like most bands that identify with a city, it comes with everything from the accent to the kind of mixed emotions about being from said city. The “this place is gross and will grind you down, but I feckin’ love it anyway!” kind of attitude that comes with hardscrabbleness. Even if the guys in the group aren’t necessarily hardscrabble themselves.

I don’t want to pretend these dudes are the second coming of Springsteen or something, as they aren’t stylistically in the same universe. Though the music does take a pretty hard arc from track one to track eleven. So, if you’re not into the kind of punk, talk-shouted, staccato bark of track one, “Big,” or the almost Clash-like chords and bounce on track two, “Sha Sha Sha,” stick around as the album moves into way more melodic environs, and by track eleven, “Dublin City Sky,” sounds almost positively traditional. Granted, they’re not like playing lyres and mandolins and shit, but there is an interesting shift from the early tracks that are akin to post-punk revivalist heroes Interpol and Bloc Party (especially on a track like “Too Real,”) into music that sounds almost like as if The Cure, Art Brut and The Libertines had a totally ghastly baby. The Cure thing is super-subtle, though. I don’t know. Whatever it is, there’s no mistaking them for anything other than being of The Emerald Isle.

Now, that sounds like a nightmare, I know, but my description is probably more hyperbolic than it needs to be. Their music isn’t particularly agressive. The edges of what may have been hardcore a few generations ago have mellowed considerably, melded with some regional affects and clearly adopted some influences from the cool, early-aughts era of post-punk. So, not U2 at all.