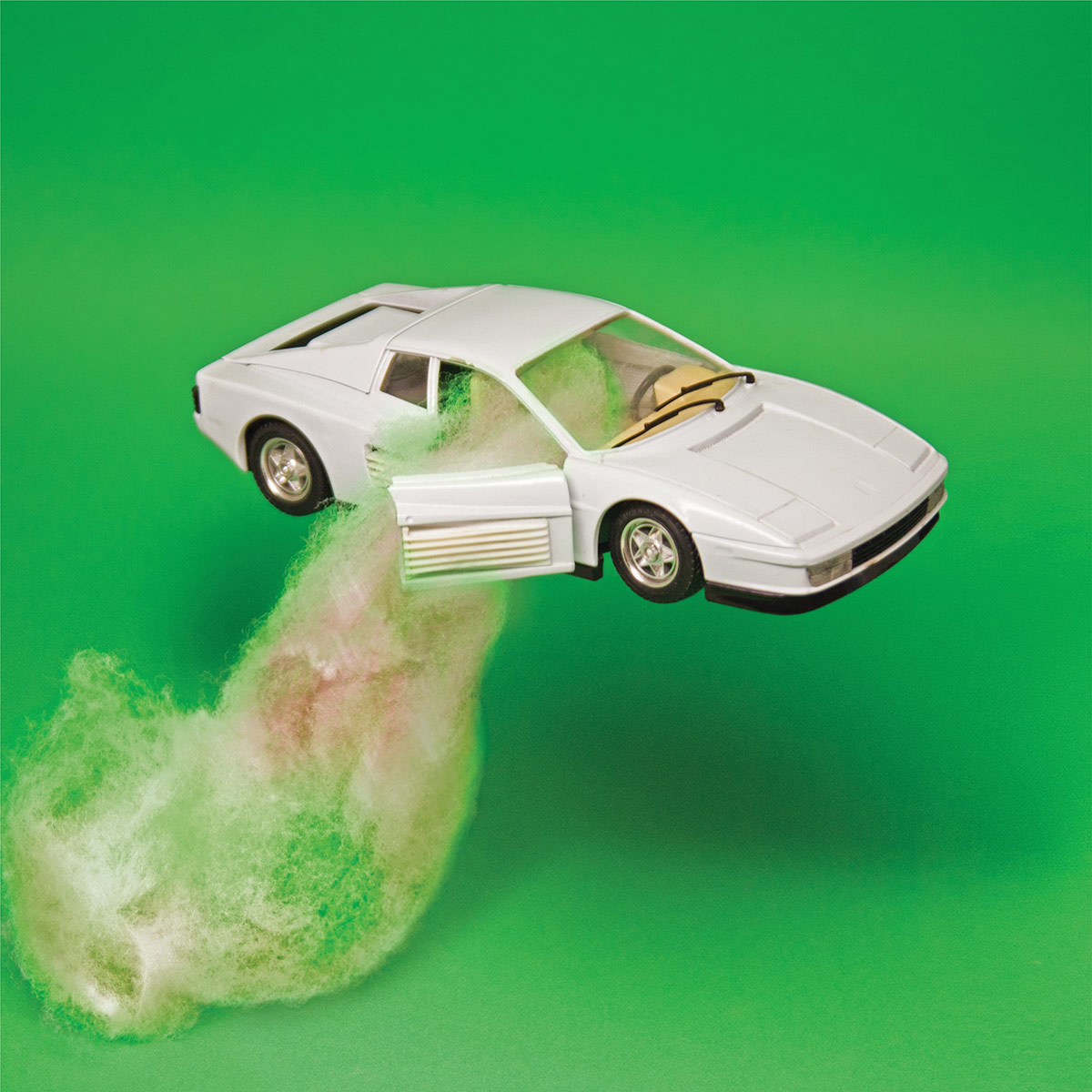 Testarossa is a very specific reference for males of a certain age. So is Countach. I had posters of both on my wall as an adolescent. The Testarossa was on a planet with moons all around it. The Countach just sat there in all its black sleekness. They were cars unattainable and almost alien in their foreignness. Like those cars, this duo has an exotic and vaguely Euro-sounding name, but their music is anything but. Made up of American, Yoni Wolf, from Why? and Chicagoan, David Cohn (aka Serengeti), they form what purports to be a hip-hop group. To call them hip-hop, though, is like calling Shel Silverstein a slam poet. I’m not terribly familiar with the Geti half of the group, but I have a bunch of Why? albums that often times straddle the line between kind of that beat poetry thing (rapping is stretching it) and more typical dreamy indie pop rock. This album doesn’t stray too far from that formula, mixing a Grandaddy-like pop sensibility, complete with nonsensical lyrics that are spoken more for mouth-feel than actual narrative structure or meaning, and the bleeps and bloops that attend the music. Serengeti’s rapping is, again, more of a spoken word thing that reminds me of Das Racist, often repetitive and delivered in a stoned-out, lazy lilt.

It’s a weird, little album that you’d think was kind of tossed off if it didn’t sound so good. We’ve all heard the hip-hop albums that sound like a dude got his Casio keyboard, learned two chords and recorded an album in a shack with an old laptop and a couple of his buddies screaming “yeah” in the background every other verse. The levels are all blown out and it sounds just like what it is: a cheap attempt to cash in, or whatever passes for cashing in on today’s music business. It’s obvious that’s not what’s gong on here, as an album like this has super-narrow appeal, I’d imagine. But whether it’s just owning superior equipment, or being around long enough to know how to properly records music, these guys have compiled something here that on repeat listens kind of worms itself in there due in large part to its unique sound and occasional sparks of lyrical ingenuity.