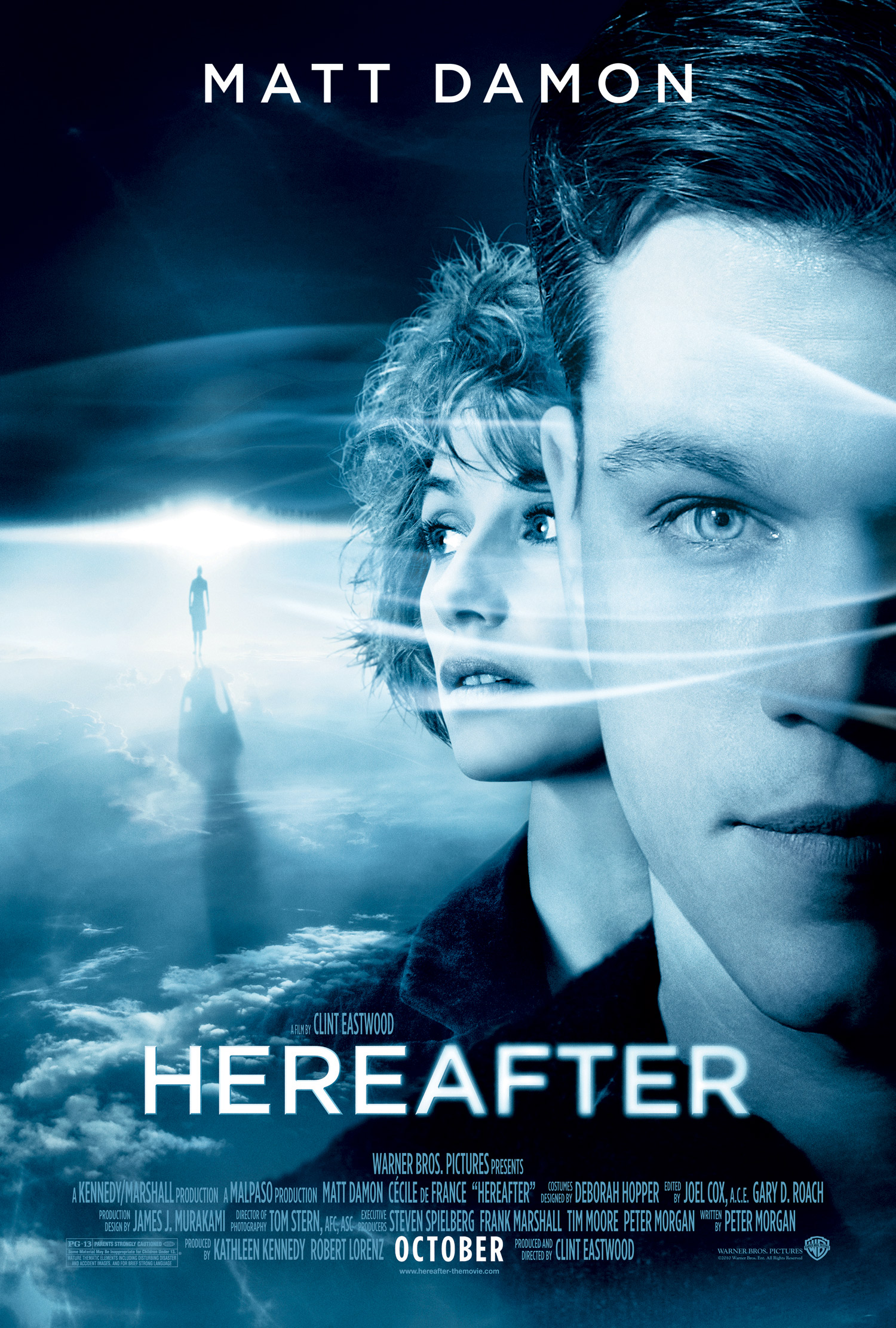 Watch Matt Damon hem. Watch Matt Damon haw. Watch Matt Damon be a transparent actor in a movie that goes absolutely nowhere fast. It’s clear that the folks who made this movie watched The Sixth Sense one too many times. In fact, if you’ve seen that movie, there’s no reason to see this one. Sure, some of the roles are reversed, but it’s essentially the same film. Save the fact this movie has none of the ‘holy shit’ moments (that craziness with the open cupboards in the kitchen), nor any of the awesome acting (tell me that scene with Haley Joel Osment and Toni Collette in the car talking about the dead grandmother didn’t reduce you to a puddle) and, of course, the twist ending is nowhere as twisty or effective. It just seems that Mr. Eastwood, whose movies are always slowly paced, tried to capture some of the same languid, but tense pacing of The Sixth Sense, but instead just ended up making the thing one note and verging on boring.

Anyway, Matt Damon sees dead people. Well, he communicates with them anyway. He’s not a hoax or a crank, but is an honest to goodness medium. He used to do it for a living, but the dead always talking to you is apparently draining. So he’s out of the business and doing some blue collar work, but his greedy-ass brother wants to pull him back in. At the same time a famous French television journalist is on assignment in some county somewhere in Indonesia and gets swept up in a tsunami and drowns. That scene, which opens the film, is actually pretty cool. In drowning, she has one of those “light at the end of the tunnel” experiences and decides to throw away a lucrative career writing and reporting legit stuff and tell her tale of seeing the other side. Then, there’s a third story about two twins with a junky mother. One dies and the other is convinced he can somehow get in touch with him if he tracks down Matt Damon, who he’s found on the Internet. And there’s the setup. We know the three will intersect, but Eastwood takes what feels like forever getting to it.

That all said, I do appreciate the attempt to tell a quiet tale of this isolated man and his alienation and surf because of his power, but perhaps in more capable hands, the actors would have shone more and made them people you actually care about or anted to see beyond the half hour it took to start falling apart.