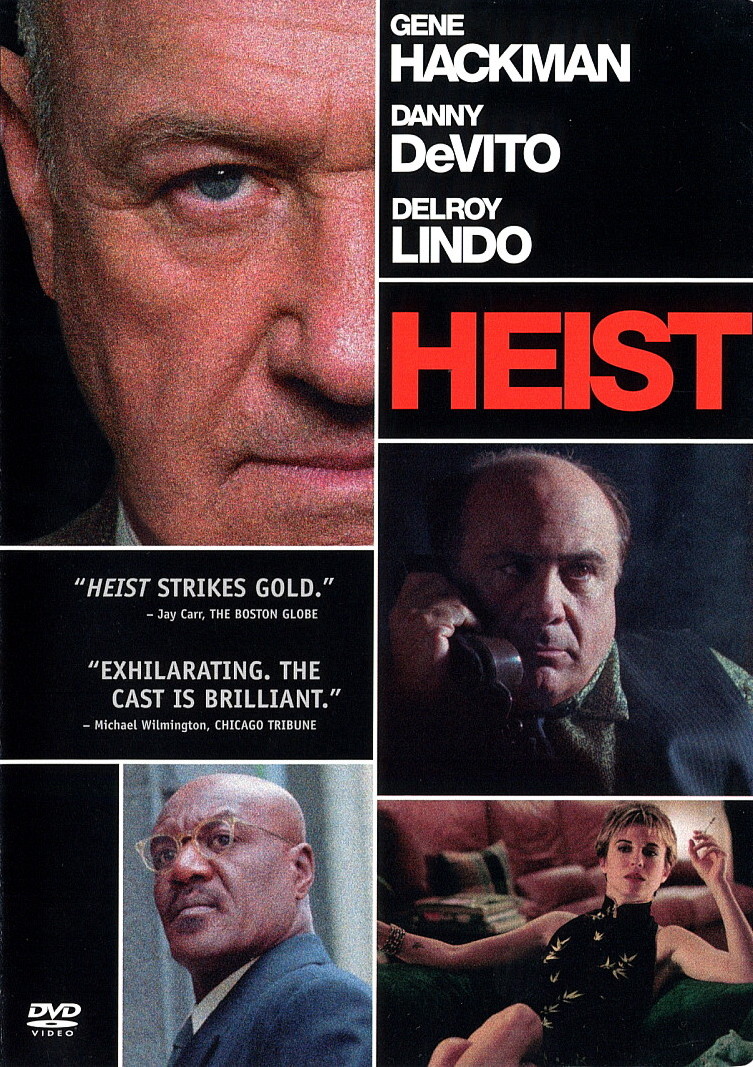 David Mamet is one of those guys you either love or hate. His movies seldom outpace your average Animal Planet documentary. Characters talk a lot, and sound rather thespian-ish doing it. For example, in typical (and seriously ridiculous) Mamet fashion, a fat, nebbishy Ricky Jay delivers the line, “My motherfucker is so cool, when he goes to sleep, sheep count him.” Would a bearded, middle-aged man ever utter anything remotely similar to this? No. And so goes Mamet. And, alas, so goes Heist.

Every director/writer must feel that at some point they need to attempt the caper picture. You know the plot. A group of sympathetic thieves are in for one last caper. The lead thief (in this case Hackman) had wanted to retire, but something like blackmail, pride, etc. brings him back to lead his gang for one more robbery. There are lots of twists and turns. People stab each other in the back, and our hero retires to a desert island after he comes out on top. Blah.

Of course, Mamet’s ego leads him to believe that he can build a better mousetrap. Not only doesn’t he build upon an already tired genre, he fails to even make a remotely interesting movie. He has this misconception that if he just keeps adding double-crosses and twists, he’ll confuse the audience to the point that they won’t see exactly what’s coming. Unfortunately, these twists do nothing but tack a few more minutes on an already tired movie. The other issue here is that in order for twists to work, they must be honest. Anybody can add unexpected surprises if they cheat. I learned in college about the difference between a twist ending and a surprise ending. Twist endings require that you can trace the plot backwards and see exactly where things branched off. You must be able to watch the film and realize exactly where you missed the hints. A surprise ending is one where the director hits you with the ending and shouts “Surprise!” while you sit there and have no idea why or how things ended like this. The first can be really cool if done correctly. The latter is crap.

The funny thing about this film is that the end isn’t even a surprise, as we can see it coming from a million miles away. It’s kind of like when a semi-famous guest star is on Law & Order. They didn’t hire that person to have a tiny part in the beginning of the episode where he/she denies involvement in a crime. You can bet this person had something to do with it, and there’s a good chance he’ll not only be around for the “order” part of the show, but will be serving some time after Jack gets done with him. All you have to do is look at the DVD cover of this flick to know who’s going to come out on top. You don’t hire Gene Hackman for your movie to make him a sucker. Speaking of Law & Order, I’ve certainly seen episodes of that show that put this film to shame. I must say that I’m very disappointed with this film, after thinking that some action might put some spice into Mamet’s normally intricate, talky plots. Instead, we got this watered-down, flaccid piece of recycled garbage.