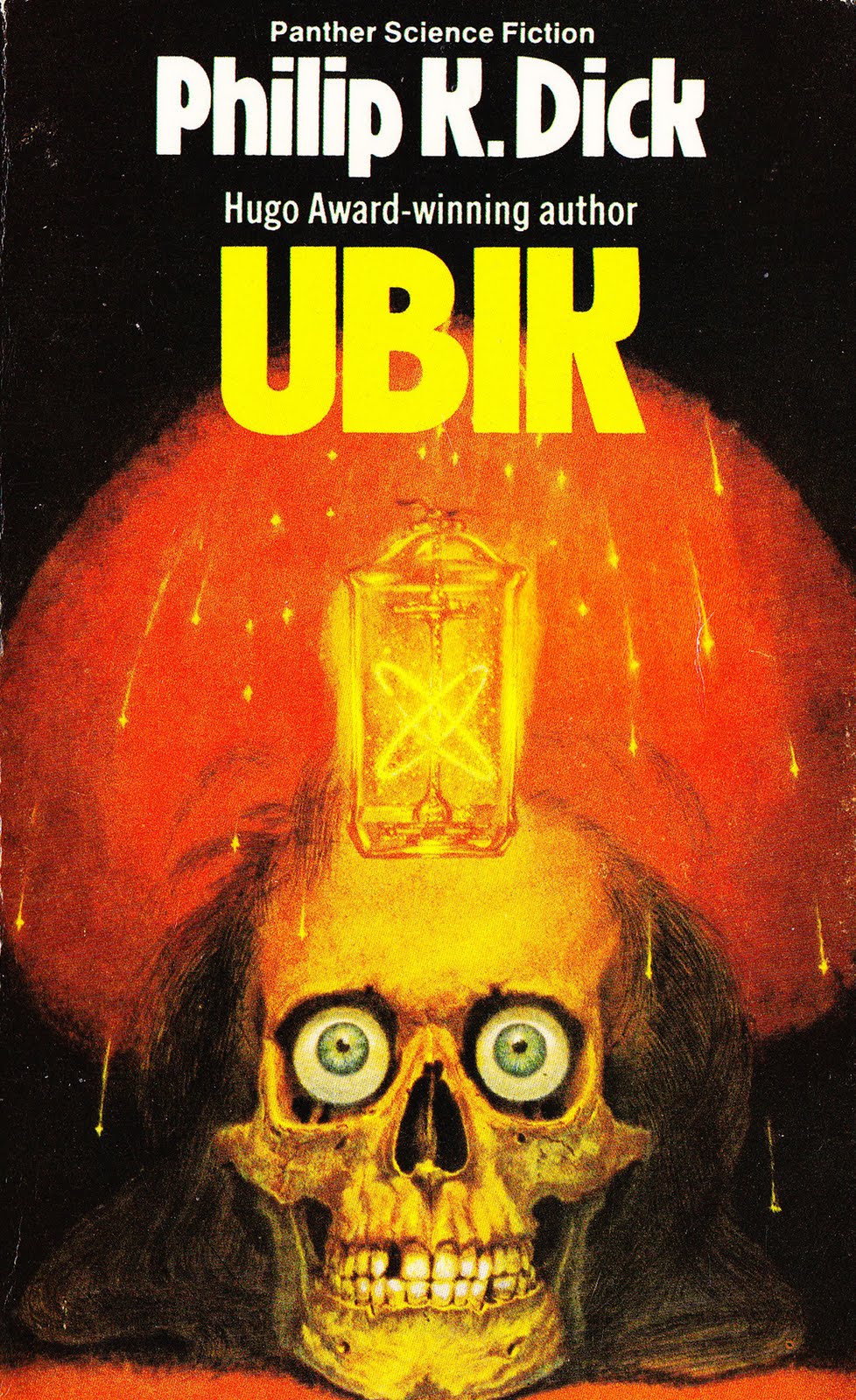 Philip K. Dick is whacked. The guy has one mind fuck idea after another–and fortunately for us, he writes them down. Sure, they’re all essentially a variation on the same theme (dreams vs. reality, paranoia and betrayal), but they are all interesting in their own way. Think of three examples of movies based on his work as examples: Blade Runner, Total Recall and Minority Report. All three have the aforementioned themes, as does Ubik. While Ubik wanders off on a few tangents, and really lacks some of the punch present in these other stories, it certainly has a good base. If a good editor got ahold of this thing and really helped craft the plot, toning down some of the ideas, he would really have a good thing going on here. One of the funnier aspects of the book is that it is supposed to be taking place in the futuristic world of 1993 (it was first published in 1969) where we have off-world colonies, flying cars and his usual gangs of mind readers and future-seers. He also tells us about a machine that is one part fax machine and another part Internet, but… The book is light-hearted to some degree, but tries to tackle the serious themes of the afterlife and commercialism. Despite the ugly cover (designed by one of my former co-workers), this is worth a read if you care anything about sci-fi and the geeky world it inhabits.