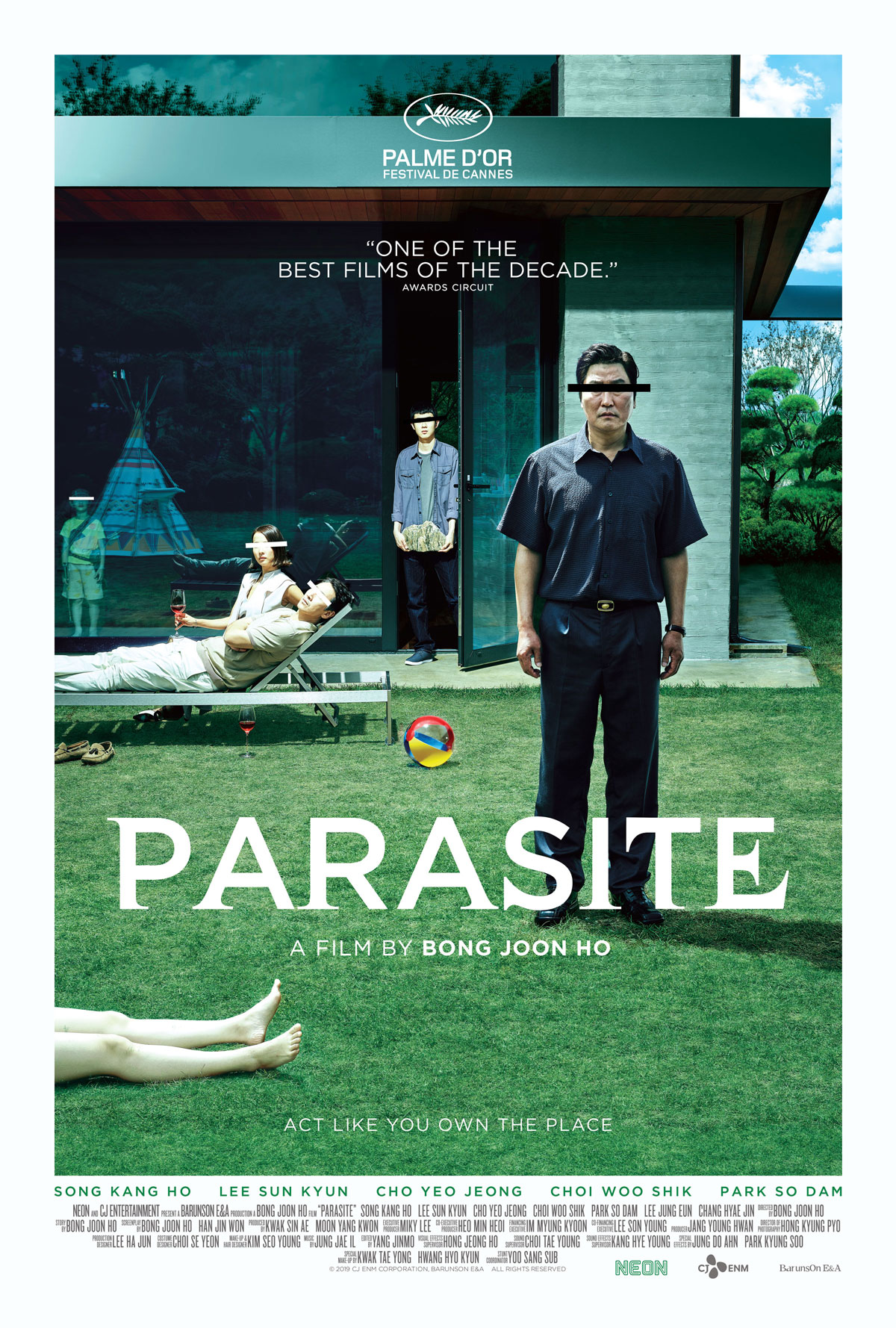 Yes, I am the last person on Earth to see Parasite. And I’ve decided that’s okay. It’s almost a challenge these days to avoid spoilers. It’s not just like the old days when I stuck my fingers in my ears and made motor boat sounds whenever I heard people start to talk about The Sixth Sense. No, now we have spoiler Twitter and click-bate headlines like, “When You Find Out Who Was Dead the Whole Time Your Jaw Will Drop.” Fuckin’ Internet.

But somehow I managed to avoid hearing anything other than some stuff that turned out to be nothing. Or maybe it was something and I just missed it. But though there is a twist of sorts, it’s not the same type of he-was-dead-the-whole-time kind of twist that M. Night likes to throw around. Instead it was almost a twist that turned the narrative on its head. A more subtle twist that made you think you were watching one movie with one theme when you were, in fact, watching a completely different story.

And that, I think, is why people enjoyed this movie so much. Bong sets up the film like a typical horror-type thing. A Hand That Rocks the Cradle or Single White Female tale of a malevolent force befriending and then moving to take over an innocent family’s life. I mean this is quite different (and better) and the interlopers aren’t murderous or insane, but the idea that this family has something they want is evident. And the way this family of have-nothings go about inserting themselves into the life of these wealthy have-everythings is certainly deceptive, dishonest and illegal.

Now, the movie, in case you didn’t know is in Korean. So reading is a thing you’ll have to do. It also has a particularly strong non-American sensibility. There is some stuff that most American filmmakers would portray as ominous or evil, but Bong chooses to project it as oddly goofy or darkly humorous. Or, at the very least, is ambivalent to their deception. Americans don’t do deeply disturbing dark humor that well. Or at least subtly. In fact there were times during the film where I looked at Ms. Hipster and wondered if I was supposed to laugh or be horrified. It confused me.

As I write this I’m already wondering if I should watch Parasite a second time. The one thing waiting so long to see it did to me was to build not only expectations, but expectations. And, yes, I realize those are the same word, but it wasn’t so much that I thought this was going to be like the best movie ever based on the accolades (though I did), but more so I expected it to be one thing and it just wasn’t. I thought it was going to be Get Out. Another movie I’ve actually never seen, but have heard enough about to know it’s essentially social commentary couched in psychological horror. And while there were elements here, certainly, it was the horror piece that I expected, but didn’t get. My bad.

Instead we got a very stylized look at the different economic strata within Korean society. The strata that seemed to fall ass backwards into wealth and success and the strata that live in the half-basements that no matter the hustle will never rise above street level. So even if they can move among the rich they’ll never be them. Parasites, am I right? But who, we ask, are the true parasites? Aha. Aha!