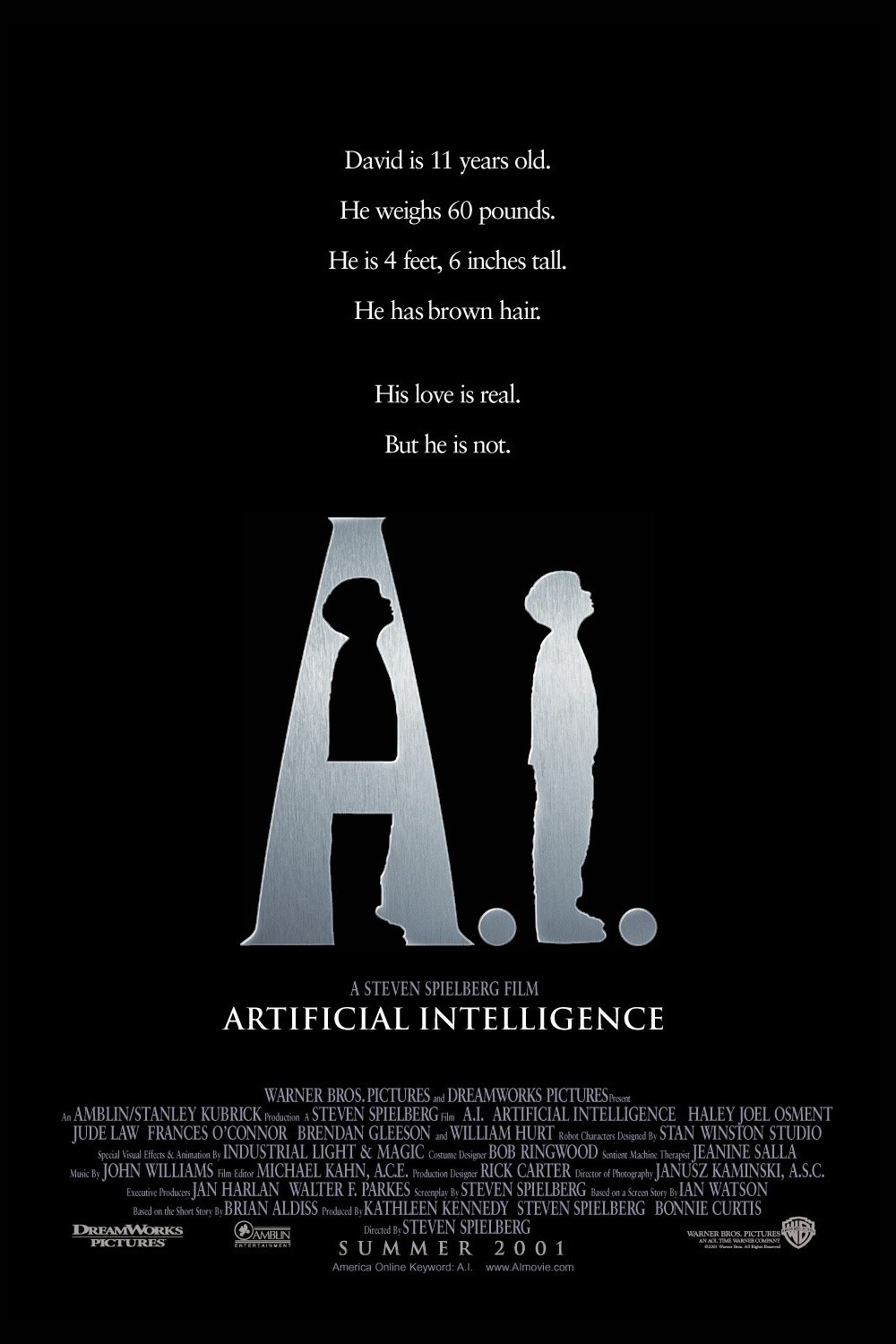 I hate movies like this. No, not sci-fi. Not Spielberg movies. I’m talking about movies where I walk out not knowing what I thought about it. Awash in boos and hisses, I emerged from our horribly annoying neighborhood theater completely overwhelmed by what I had just seen. Considering the glut of amazingly underwhelming films made in the last few years, this isn’t such a bad thing. I’m sure the booing throngs had come expecting to see E.T. II or Romeo Must Die II or something. What they were treated to was basically a Spielberg film wrapped in a Kubrick shell. Everything creepy and empty and Kubrickish is there, but beating at the heart of the film is Spielberg’s deep spirituality and quest for God/mother/good that pervades almost all of his movies.

Before seeing the movie I realized that these were two motivations that were mutually exclusive. After the movie, I thought Spielberg did nothing to reconcile these approaches. That’s when I got on the phone and discussed the movie with my buddy. I realized I had completely misinterpreted the ending of the film. People hated the end of the movie. I haven’t seen such animosity since John Rocker dared disparage the 7 train and its occupants. Now that I understand the ending, I realize that Spielberg is even more of a genius than I thought he was. The guy didn’t sell out his vision, nor did he trample on the hollowed ground that is Kubrick. I’ve heard people say that they could have ended the movie right before the last act, skipped the happy ending and it would have saved the film. If people were to just put some thought into it and realize the implications of the last act and how truly apocalyptic it is, they’d realize that Kubrick’s dark vision is maintained, and Spielberg gets to write an ending that completes David’s journey. Think about it (and if you haven’t seen it, go see it and think about it.)

Anyhow, Haley Joe Osment is on the screen almost the entire movie, and manages to carry the entire thing. I hate to give praise to child actors, but he deserves an Oscar nomination for this one. It’s creepy how good he is. I wish I could go into detail about different symbolic things in the movie, but I’d be spoiling things for the two of you who might be reading this and haven’t seen the movie. Regardless of what you think of the movie after walking out, you won’t be able to help talking about it, theorizing and wondering. This isn’t the typical mark of a Spielberg movie. They’re usually wrapped up in a nice little bow. You might think on first watch that this is another one of those, but guess again. I always say that if a film can elicit discussion and debate afterwards, it has to have something going for it. Of course, teenage girls talking about which character was cuter doesn’t count.