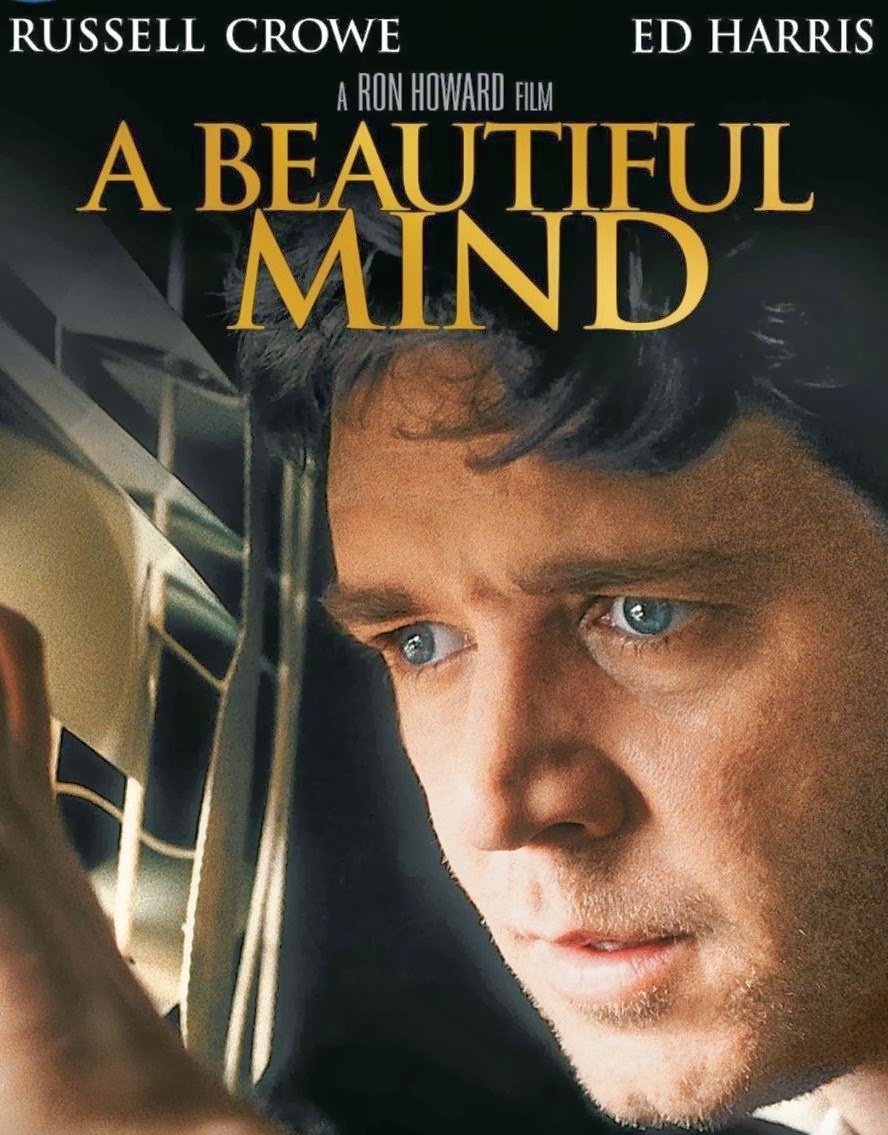 Nothing says “reality” like bending and twisting a “true story” to your will–bending it so it will fit into your narrow little, Hollywood world. Gay sex? Never! Drug abuse? Not in a Ron Howard film! I understand this movie is less biopic and more a study on the devastating effects of schizophrenia, but why alter the truth to make it more palatable?

Nash’s true life is actually a much more disturbing and sad tale than what comes across in the film. Granted, going insane can’t be all that much fun, but this movie turns it into an after-school special. Add on top of that Ron Howard’s plodding, painfully slow directorial style, and you have a real snoozer on your hands. Plus, Crow spends the entire movie mumbling and blocking his words with strange, distracting hand motions.

There’s something infinitely parodical about all of Crow’s performances. You can see Crow trying to act like a crazy person in this film. You could see him trying to act like a hero in Gladiator. Everything ends up feeling vaguely like a Saturday Night Live sketch. His not-so-subtle performance makes him into more of a caricature than the portrait of a man in crisis. Howard also makes a feeble attempt to create some sort of Sixth Sense-type thing. On a second viewing, I have a feeling the trickery wouldn’t hold up.

The selflessness shown by Nash’s wife (Connelly) is no doubt romanticized to a large extent. Howard is the king of the overly-romanticized, slow-motion scene. He always seems to concern himself with the process behind everything. While these intricate details are interesting in books, they make for dull movies and give a somewhat cheeseball air to the narrative. Why heap all this praise on an Academy Award winning film, you ask? It is my job as a lame purveyor of lame Hollywood movies to tear them down.