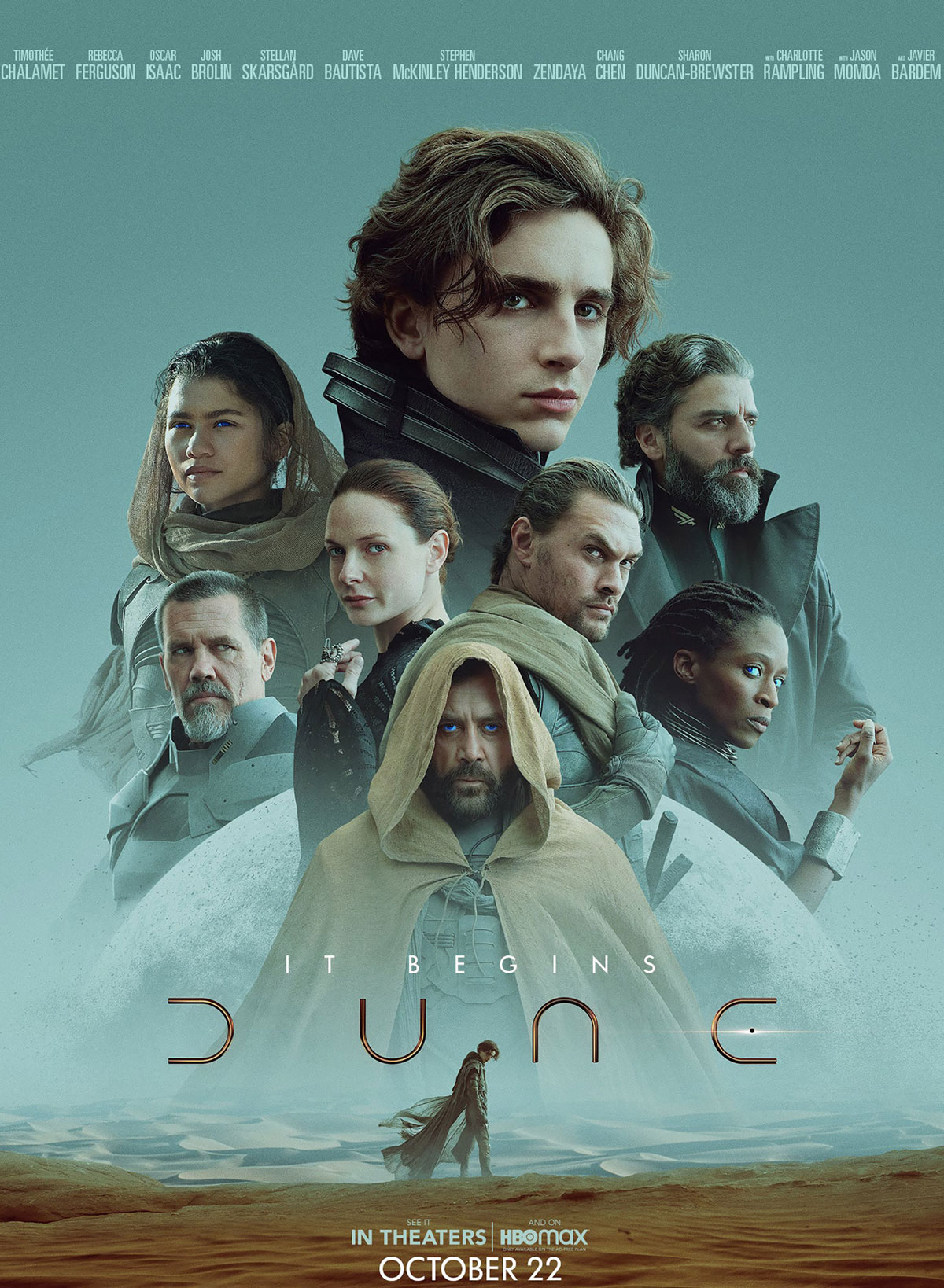 The original David Lynch version of Dune back in 1984 was super fucking weird. Who in their right mind thought giving over one of the most popular sci-fi series of all time to a trippy weirdo who made bizarro films like The Elephant Man and Eraserhead was a good idea? It was a trainwreck. They got smarter this time and handed the reigns to Denis Villeneuve, who already proved that he can make sci-fi look absolutely amazing with Arrival and Blade Runner 2049. Both of those films are wondrous to look at. His world building and creativity is pretty much second-to-none. It just makes sense for him to direct this thing. And his vision definitely did not disappoint. This version of Dune is a feast for the eyes. Which sounds gross, but it’s true. Despite that, and a cast that’s pretty amazing, it just didn’t stick with me. Certainly not as much as the Lynch version. More on that to come.

The nice thing that this version does is streamline the narrative somewhat. The ’84 version is incredibly confusing. After all, this is hard sci-fi. That means a whole new visual language. And a whole new literal language. I mean, the characters are speaking English, but the names of the planets and tribes and people are all non-English-sounding words. The politics of this universe, the hierarchy. All of it. I imagine the books are super complicated. So for those of us who can barely keep the Kevins and Sallys of the world straight, the filmmakers did some trick to make this thing easier to follow. Not that they dumbed it down per se, but it was relatively clear who was motivated by what and who wanted to destroy whom.

So, once you kind of have the basic plot down, we can focus on the fun stuff. Oh, but first, my usual complaint about casting people who totally don’t match their age. Duke Leto Atreides, the leader of the Atreides people, is played by Oscar Isaac. Isaac is 43. Timothée Chalamet plays his son, Paul Atreides. Chalamet is 26. So, borderline. His mother, Jessica, is played by Rebecca Ferguson. She’s 38. So… my conclusion is that Paul is supposed to be much younger than Chalamet’s 26 years. Or… his mom got knocked up at eleven? Or… Jessica is a witch, so maybe she’s supposed to be older than she looks, and only remains looking 30-something because she cast a spell on herself? Anyhow, I think we’re meant to ignore all that. But I get fixated on this stuff because I’m an idiot.

I don’t think there’s any need for me to go into detail about the plot here, as it’ll just be a mish-mash of words to those who haven’t seen it. But essentially Paul is maybe the messiah. His dad is battling to not die as enemies come at him from every side. And his mom is part of some order of powerful witches who just want to see the messiah emerge. Or something. Then there are these natives of this desert planet that is infested with giant sand worms who just want everyone to leave them and their valuable “spice” alone. Meanwhile Paul is having visions of this one desert person, who is Zendaya. Paul’s into it. Because of course he is. My biggest complaint about all of this is that even at two-and-a-half hours, this movie feels distinctly incomplete. We’re introduced to seemingly critical characters like Paul’s trainer/protector, the oddly named Duncan Idaho (Jason Momoa), only to have him exit pretty quickly from the scene. I have to think he, like some others, served way bigger and deeper roles in the book. But to be told he’s soooo important and then have him dispatched so quickly feels abrupt and odd. I guess I’ve just gotten too used to eight-part series where we get to see these people for longer?

Additionally, it’s weird how little Zendaya is actually in this movie. I’m not sure she has more than a few lines, as she generally appears in Paul’s visions sans sound. And I didn’t realize when sitting down to watch this thing that this is only book one. I don’t know how many books there are, but it explains the incomplete nature of the tale. Not to liken it to The Empire Strikes Back, but it’s kind of that. Like, that was fun, but now I feel left hanging and unsatisfied. How long do I have to wait to find out what the heck is happening? And to actually get to hear Zendaya talk? And why do these dudes have guns, yet seem to fight with knives and swords? Especially when they have shield tech? I suppose there is some Star Wars in this thing. Lightsabers and Paul the fledgling Jedi with his visions and what amounts to poor control over his new Jedi mind trick taught to him by his mystic mother. Or, rather, there’s some Star Wars in Dune. Seeing as the novel was published some twelve years before Lucas’ film came out.

I’m trying to figure out what exactly was missing with this thing. I mean it’s really cool looking. The story is relatively compelling. I think it’s the characters, really. And maybe we’ll get more from them in book two, but they just felt stunted here. There wasn’t the immediate sense of who these people are. Even with Lucas’ terrible dialogue, you got an idea of who Han Solo is. You knew Obi-Wan. Even Luke, with all his whining, was a relatively compelling character. Here they felt a little too cerebral. Too controlled. It’s not entirely clear what’s driving them. The one dude who seems to have a bit of personality barely makes it into the second hour. The thing is almost too clean. Too beautiful. Too well mannered. There’s very little grunge around the edges. Very little tossed off dialogue or incomplete thoughts. It’s all very measured and cinematic. Don’t get me wrong, as a cinematic experience, it’s awesome. But as a story and as a character study, a little messiness can add some, uh, character to your characters. Definitely worth a watch, but I’m hoping for more from the sequel.