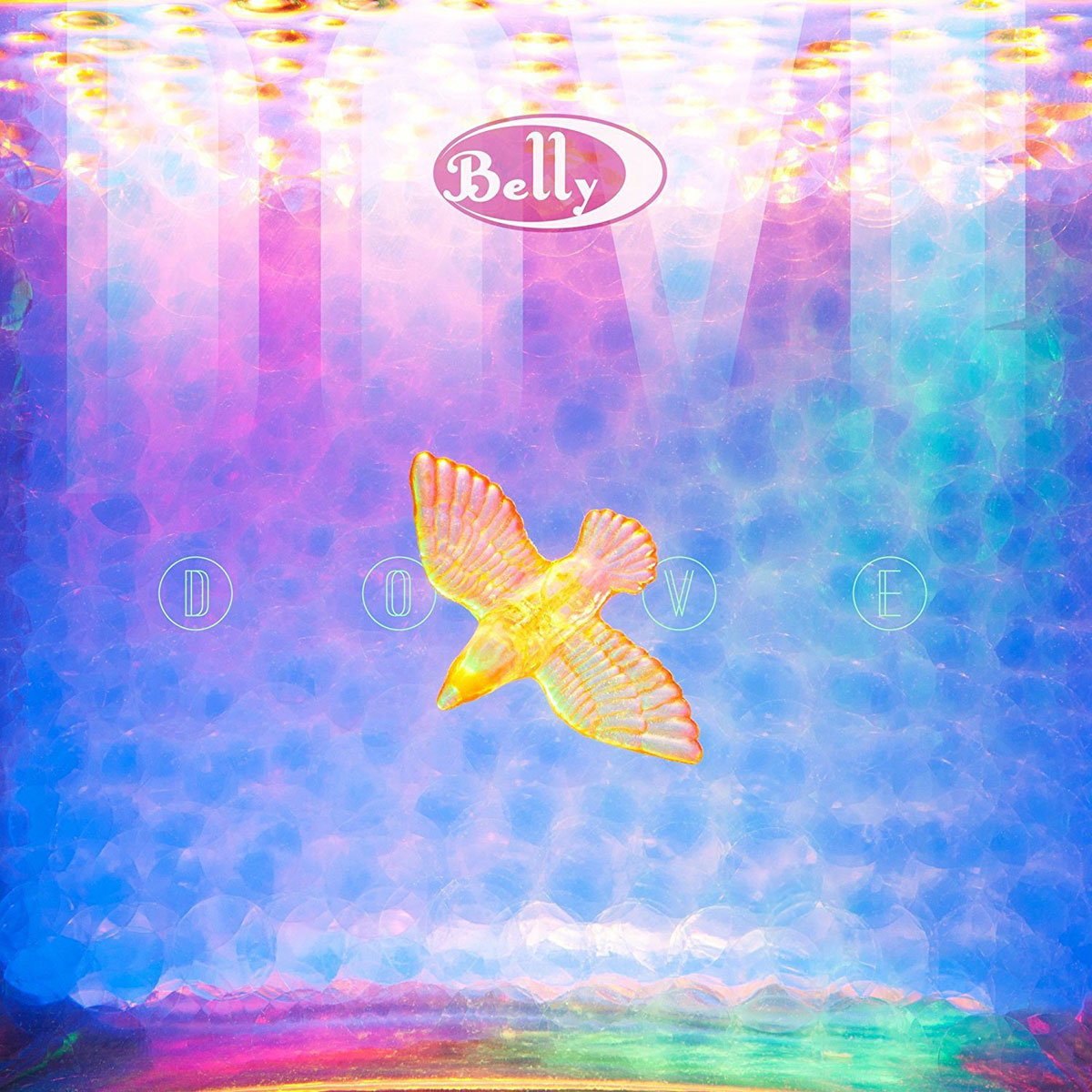 I have to start by saying that I absolutely hate this cover. It looks like some pseudo hippy shit from the early 90s. Granted, I suppose Belly is kind of a pseudo-hippy band from the early 90s. Well, not hippy per se, but like weaksauce 90s college rock. Nutless, some might say. But in the era of grunge and heavy guitar rock, I suppose they were a decent option for the be-skirted and more melodically inclined.

So what makes them think they can come back in 2018, twenty-three years after their last release? Well, I guess they looked around and saw other emo and post-hardcore acts and others doing the same and decided that there was no time like the present. The thing is, the very small window for their brand of music closed as quickly as it opened. There were other women singer songwriters who managed to make it, but those others had an audience who were tied to them as artists. Belly was kind of a flash phenomena and not a movement like a Brandi Carlile or even Ani DiFranco, They’re a nostalgia act for people who don’t really have that much nostalgia for them. I asked Ms. Hipster, who should, in theory, be the audience for such a reunion and she kind of shrugged and she was never really a fan. Which essentially proves my point that they never really had any “fans.” Ok, it’s a very limited sample size, but I think it’s essential that a band has a built-in audience if they’re to make a comeback after a couple decades. Or be like Smash Mouth or Sugar Ray where they can get on stage during some sort of group show of two-hit wonders, play their two songs and get the hell off stage to make way for Extreme or Candlebox. It’s an audience when faced with a choice between Belly and 10,000 Maniacs is going to pick the latter ten out of ten times.

I’m honestly not even sure it’s worth talking about this album, as it’s a vanilla record filled with mid-tempo vanilla songs with lyrics that are at times cringe-worthy, but usually innocuous. It’s sonic wallpaper. It’s a record filled with Fleetwood Mac b-sides. Could you put it on in the background of your 40-something lady’s bookclub and not offend any of your friends who don’t give two shits about music? Of course. And that in and of itself is the issue. To be fair, though, this probably wasn’t made for me. Or was it? Either way, it’s not something that will make a mark in 2018, which is sad considering there are like five or six people out there who remember Belly being this awesome band. Their memories, however, are faulty.