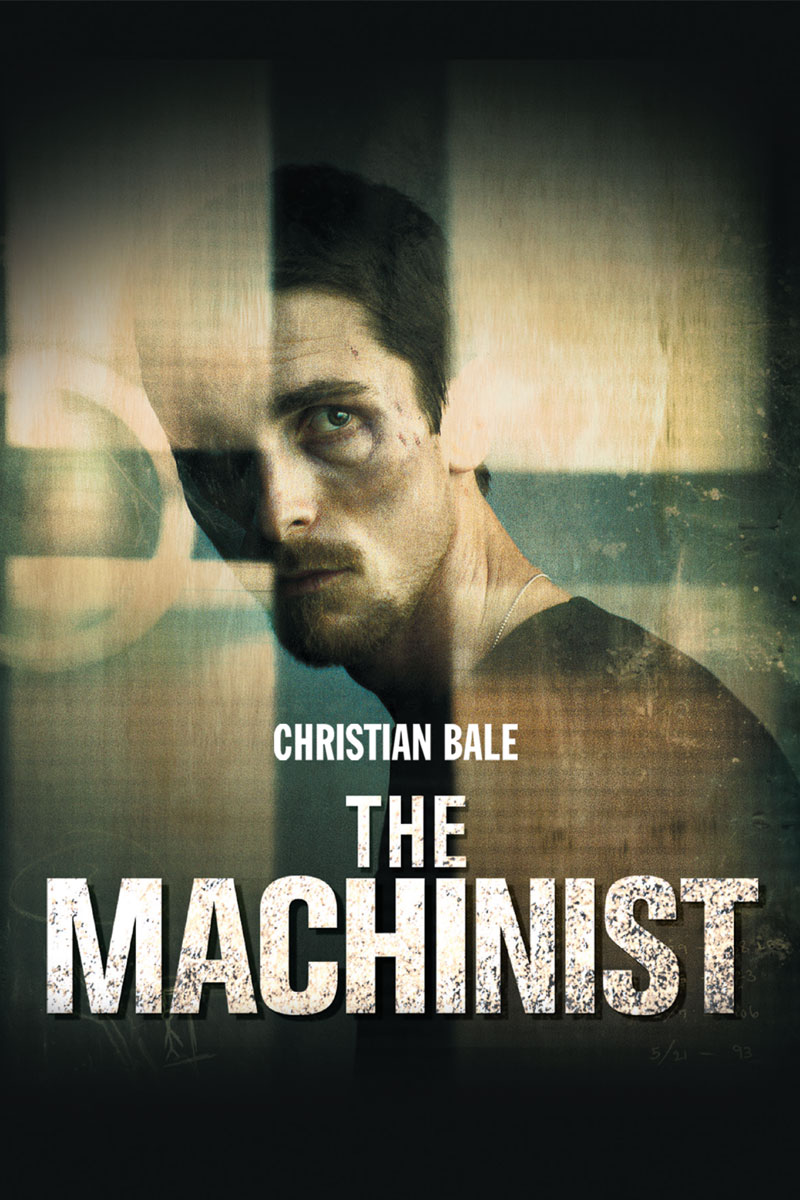 The new cool thing in Hollywood is to claim your film is ”unHollywood.” In most cases it’s like George W. claiming to be a Washington outsider, or a band on Warner claiming to be ”indie.” They’re not fooling anyone but the guy who’s still sporting the BetaMax, and the mentally challenged. Nobody can believe even for a second that a film directed by Ron Howard or Robert Redford is not a “Hollywood” movie, regardless of the subject matter or actors that are in it. The Machinist was actually seen as such a non-Hollywood type movie, that they couldn’t find anyone in the US willing to make it. So they took it to a producer in Spain. Watch it and you’ll know immediately why the American studios took a pass.

I don’t think I can remember a darker movie I’ve ever seen. This thing is just gloomy. Looking at Christian Bale is enough to turn your stomach, and Jennifer Jason Leigh continues her odd streak by once again getting naked and playing a hooker with a heart. Now you’d think the hooker with a heart would automatically scream Hollywood, but she’s a very non-chalant hooker who actually loves Bale because he’s a nice guy and not because she wants to save him, or because he drives a Lotus. Granted, she’s still a hooker and she still has a heart. I’m not sure why she’s willing to give up hooking for Bale, considering he’s a machinist and probably makes no money, but that’s just how big her heart is.

Anyway, I’m not even sure where to start with this one. It certainly has a bit of a Fight Club thing going on, but is darker and has absolutely none of the humor you see in that film. Watching Bale, the human skeleton, walk around is pretty absurd and is actually a little distracting after just seeing Batman Begins and knowing how jacked up he was in that. I guess that’s what happens when a dude doesn’t sleep for a year. Yup, that’s what is happening to Bale’s character, Trevor Reznik; he can’t sleep and obviously doesn’t have much of an appetite.

Adding to the impending sense of doom in this film is the fact that Trevor runs some sort of drill press, which probably isn’t what you want to be doing when you’re twelve months behind on your shuteye. We don’t know why it is the guy isn’t sleeping. In fact, he doesn’t really know either–he just seems to accept it as an ongoing fact. He visits the same airport diner every night where he orders coffee and pie and leaves like a 600% tip for the waitress, who he has befriended. He is kind of an outsider at work, and draws the suspicion of his co-workers as he continues to waste away. His only confidant is that hooker I spoke of, as she doesn’t seem to notice or care about his skeletal appearance and him showing up with random bruises and cuts throughout the movie.

He lives in a dank, depressing apartment in which strange notes start to be left on his refrigerator. There’s a hangman game on a Post-it that is trying to tell him something (a something that is really obvious, but he seems to not get for some reason). In retrospect, I guess it’s just a case of denial. Eventually a mysterious guy starts showing up at Bale’s work and a co-worker has an industrial accident. That accident, along with the mysterious stranger, kind of kick-start Trevor’s deep paranoia. Is it because he hasn’t slept in a year, and it’s finally getting to him, or does he have a terrible secret he’s hiding from everyone? Whatever the case, his life–with the help of the mystery man–spirals the drain and eventually unravels to reveal the rotten core at the center and the reason for his sleeplessness.

The whole thing is pretty creepy and sad, and Bale plays the pathetic character with a realness that goes beyond the inhuman weight loss. The pace of the film is really slow, but it absorbs you in a way few films do. I felt like time had literally slowed down and I was caught in the weird nightmare that Trevor was experiencing. Adding to the off-kilter feel is the fact that the producers attempted to make Barcelona look like an American city. I sat there at first thinking they were somewhere in the Midwest and then the South and then Los Angeles (which was kind of what they were going for), but growing up in LA, I never saw a single street they walked or drove down. It kept me off balance the entire time, as everything had a vaguely European feel to it, but was at the same time familiar. It just kind of made the thing even more surreal.

So, I’ve done a really bad job describing this film, but it’s just one of those that’s hard to describe. This thing certainly isn’t for everyone, but I must say that it might surprise a few folks with its freakish originality.