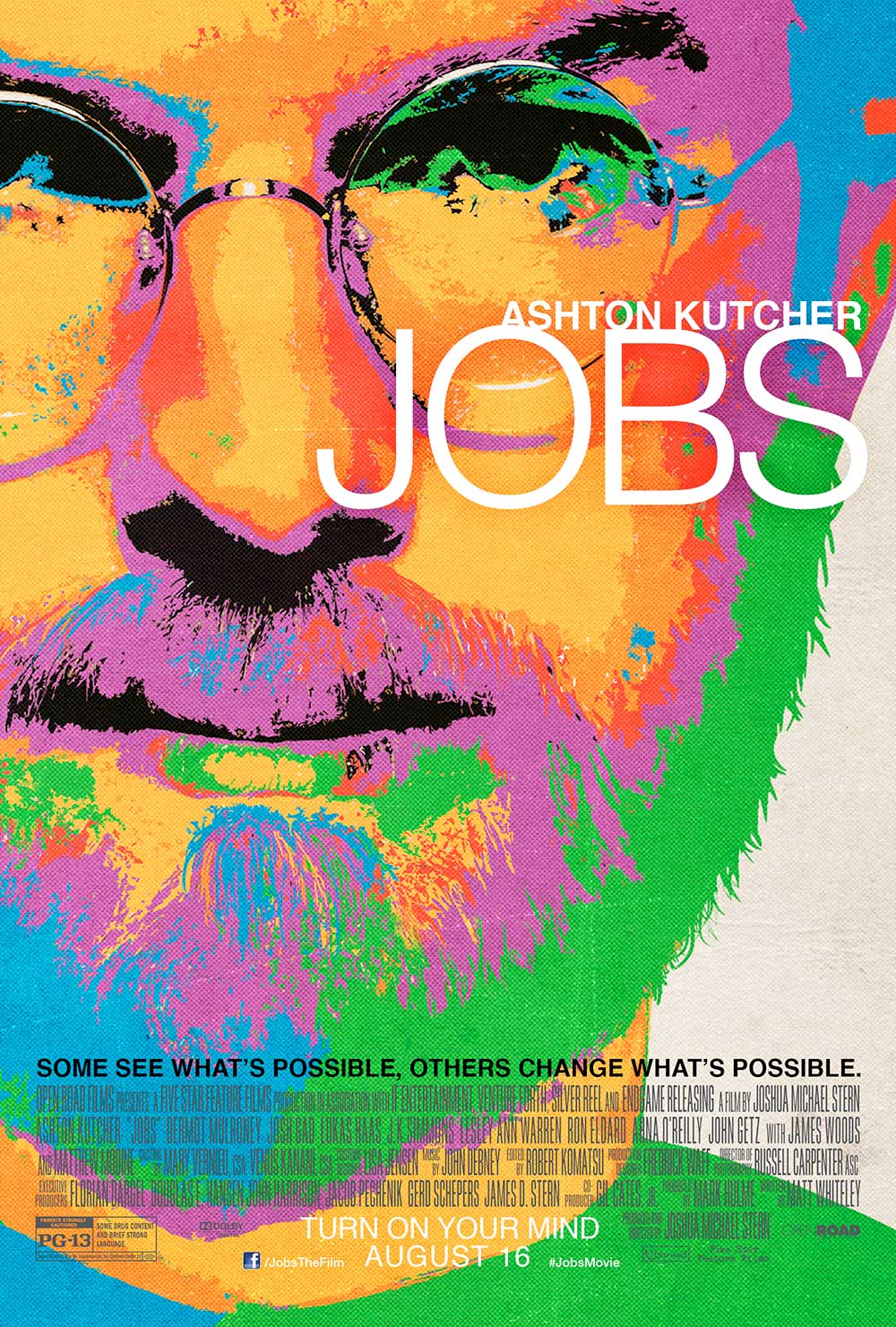 No, this isn’t THAT Steve Jobs movie. This is the other one with the dude from Dude, Where’s My Car? Yeah, that guy. And while the “good” Steve Jobs movie is written by one of the brightest screenwriters of our generation in Aaron Sorkin and one of our best directors in Danny Boyle, this one is written by a guy who, according to IMDB, has written absolutely nothing and is directed by a guy whose career highlight to that point had been a lame Kevin Costner movie that absolutely nobody saw. So I fired this one up as a primer. Or just to see Ashton try to channel a genius. Always a good time. So why, not even having seen the new film, do I assume this one is inferior? Because I’ve seen after-school specials that are better. That are shot better, acted better, written better and are more emotional. It’s not even to say that Kutcher is unpleasant or bad, and he’s certainly trying his damnedest (because, for an actor, this is probably a super-plumb part), but the thing has such a stilted, cheeseball, amateur feeling to it that it was hard to watch at times.

And Ashton. That beard and his affectation with his gait and the round glasses that look ridiculous on anyone and everyone, including John Lennon. His attempt at mastering his speech pattern and pinched look all just kind of felt like an acting class gone awry. Or an SNL sketch that took a horrible turn. He throws things on occasion and cries because the director clearly thought it would soften our feelings towards a guy who seems to turn on everyone who once supported him and is out only for himself. There are also abrupt transitions to the man himself, going from a pretty unmotivated student to a master negotiator to a douchebag, to a renegade, to a tantrum-throwing megalomaniac to a zen man of peace, to a guy who inspires legions. All of this with little to no explanation of why or how. He just shows up from scene to scene as a different guy. And this is why biopics are mostly sucky. Because there’s no way without an in-depth view into the subject’s brain to see how and why change comes about, what his motivations are and how genius truly blooms. The machinations of the timeline and the need to move it ahead just get in the way. Especially in the case of Jobs, whose life is so much in the public record of late, it would be hard to skip parts without people crying foul. Not that people didn’t anyway. I mean, anytime you make a movie about god, there will inevitably be freaks who claim blasphemy.