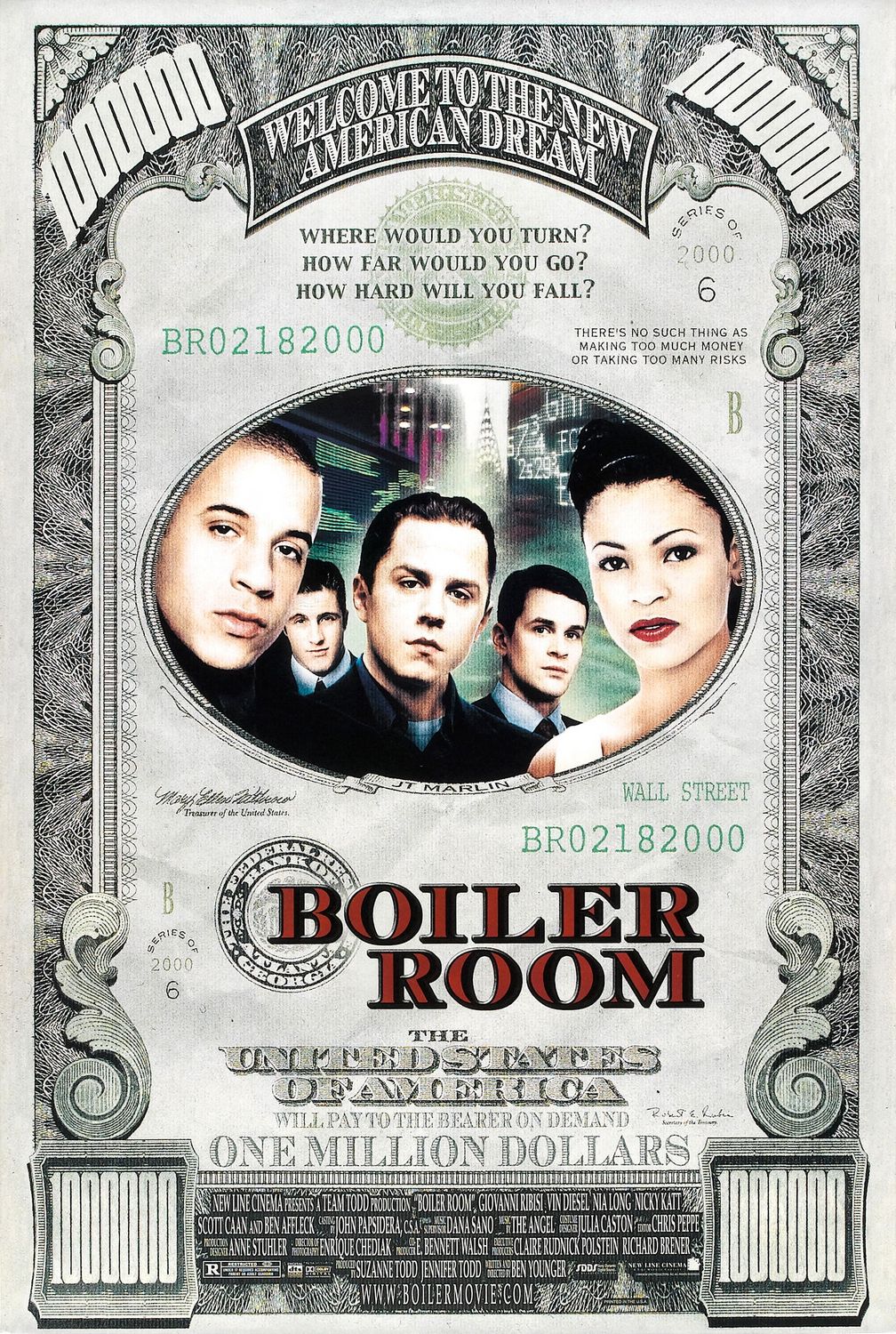 Aside from the fact this movie is essentially a 2000 remake of Wall Street, it proves to be entertaining and updated for these wacky times in which we live. Now that I’ve gotten that out of the way, let me just say that for a first time writer/director, Ben Younger has got something here. You can tell Mr. Younger spent a good deal of time at Blockbuster renting some of the power movies from the 80’s. He actually pays homage to Wall Street in the film (although that doesn’t really excuse the amazing similarities) and even tips his hat to Glengarry Glen Ross (which, I assume he knows was a play before it was a movie). The movie also has elements of Goodfellas, The Firm and In the Name of the Father.

Younger tried to infuse his high-finance thriller with a little human character with a couple subplots — one of which worked and another that didn’t. The first subplot is the romance between Seth Davis (Giovanni Ribisi playing a Jew!) and Abbie Halpert (Nia Long playing a high-paid secretary). We learn early on that she used to date one of the main guys at the firm (Nicky Katt — a little more convincing as a Jew) and now has the hots for the new guy, Ribisi. First off, she’s way older than he is, and they look really silly together. Second, where did this all come from? Suddenly they’re together and nobody understands why — it’s just a lame plot devise to cause more tension between Ribisi and Katt’s character, Weinstein.

The second subplot is the reason why Ribisi takes this job with this unscrupulous firm to begin with: his disapproving father who just wants him to straighten up, fly right and get a reputable job. Okay, the relationship between the two is way over the top, with the father (who is a judge) chastising Seth in every scene, telling him that he will never speak to him again. Somehow it worked for me, illustrating the undue pressure that is put upon children of successful parents to be successes themselves. Where as men of our parent’s generation had to work hard and scrape for everything they earned, our generation grew up as beneficiaries of their hard-earned success, becoming soft and lazy (slackers). Seth has a business that he built himself and he was proud of  — an illegal casino that he ran out of his apartment in Queens. Yet even with his industriousness, fortitude and earnings, he was not a success. In order to reconcile his feelings of failing his father and proving himself worthy, he takes the quick buck and joins the less than above board investment firm.

Shot to a great hip-hop soundtrack (which apparently isn’t for sale anywhere), Ribisi fights with his demons, trying to justify his involvement with these people, trying to appease his father and trying to do the right thing all at the same time. There’s much more to the movie and its social commentary about wealth and how we spend it, earn it and lose it, but I’m running out of room. Oh, Scott Caan, James’ son, is great as a high-haired Long Island kid who thinks he’s Joe Pesci/Vanilla Ice.