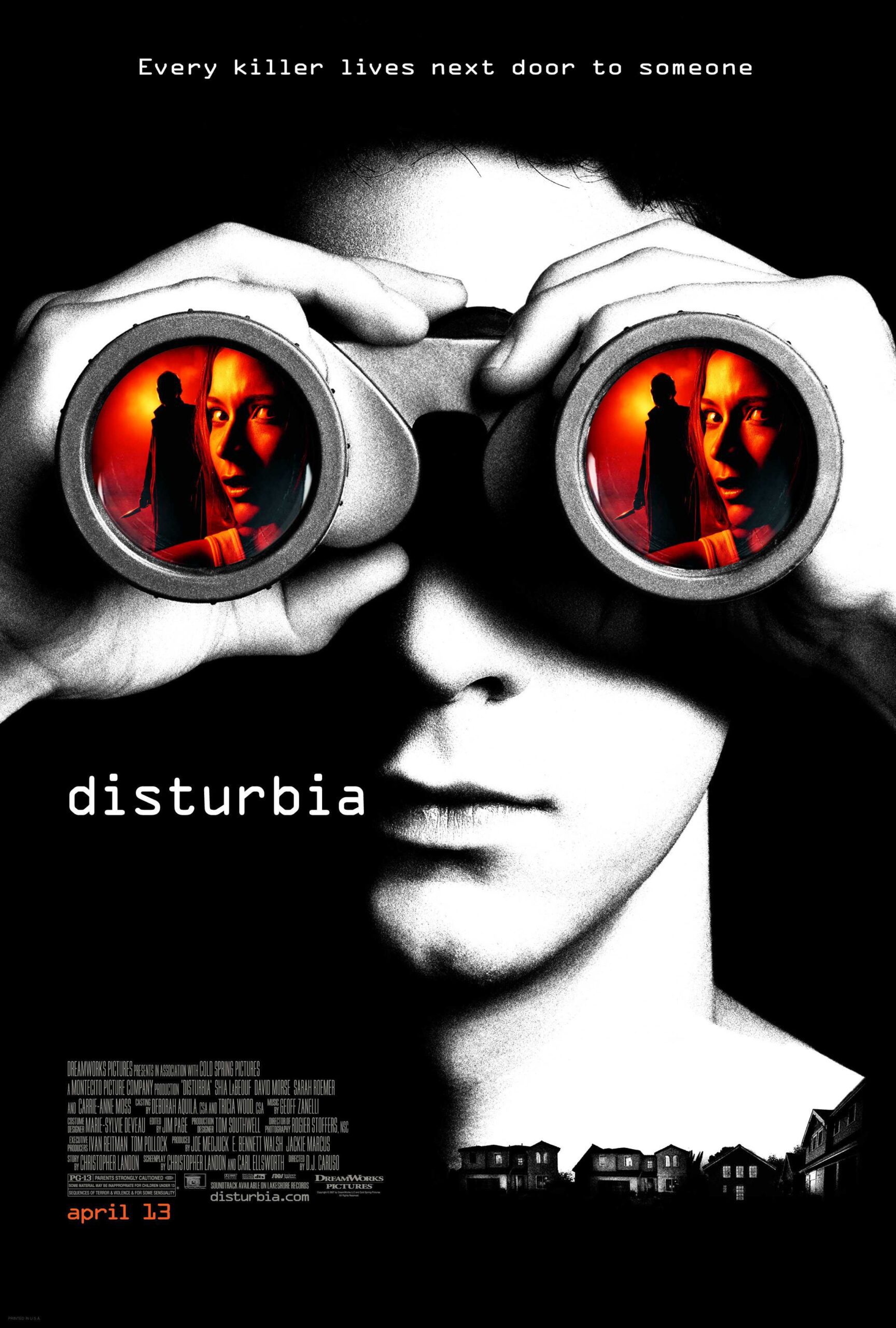 Rear Window as dumbed down for today’s teenage audience. An interesting concept, to be sure, but ultimately a disappointing foray into mediocrity.

So you have your basic plot, which goes something like this: Shia LaBeouf loses his dad in a car crash, becomes a despondent teen who one day punches his teacher, is put under house arrest and while trapped in his house spies on the hot new chick next door and becomes convinced one of his other neighbors is a serial killer. It’s not completely off base with the original, but whereas Rear Window built suspense through Hitchcock’s masterly directing, this thing tried to do it through non-existent technology and violent goofiness.

David Morse, who has made a post-St. Elsewhere career out of playing creepy dudes with slicked-back hair, once again plays the mysterious next door neighbor with slicked-back hair who keeps odd hours, and seems to like to chop up stuff in his house. LaBeouf, mostly out of boredom, starts tracking his comings and goings and grows suspicious that he is the guy killing women who have gone missing in the area. David Morse plays it smooth, and somehow stays ahead of his misfit foe.

Eventually LaBeouf and his dorky friend pull his hot chick neighbor into their shenanigans. It turns out the girl has a less than satisfactory home life and wants to join their little detective agency. And, of course, what caged teenager can resist a skinny chick in a bikini? Let the romance begin.

Unfortunately the same fate that befalls most movies that purport to be taught psychological thrillers also struck this one. What started off with some modicum of promise devolved into silly horror/slasher dumbness. Seriously, can no screenwriter in Hollywood write a script where the bad guy doesn’t get impaled on something at the end of the film? Even more ridiculous is the funhouse that David Morse has built within his suburban home–apparently right under the neighbor’s noses and somehow in the very short time he’s lived there. Plot holes you could drive an Escalade through and lazy storytelling sinks a boat that may have fooled those teens to the tune of $80 million, but they can’t sneak that shite by me.