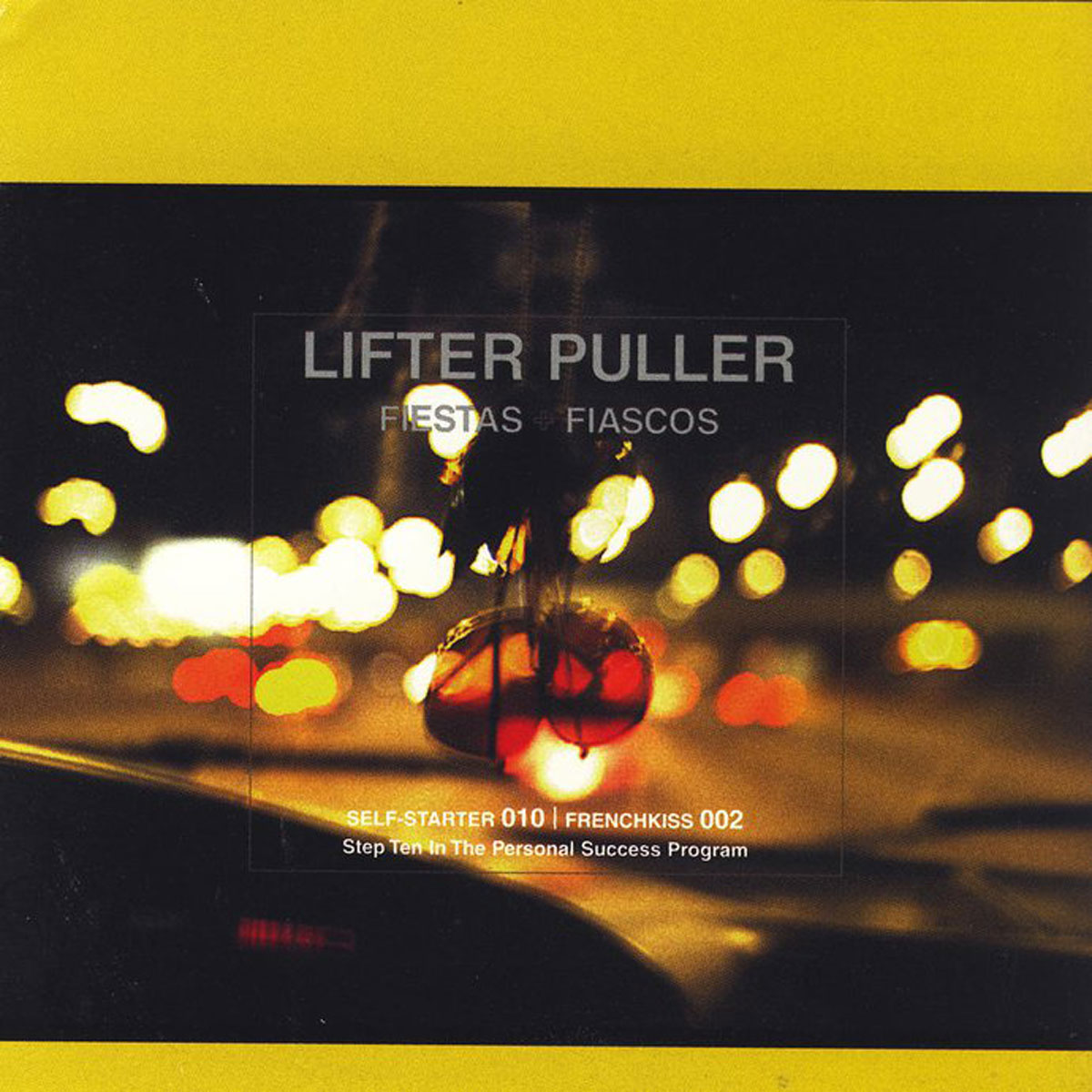 This is definitely one of those albums I downloaded via Audiogalaxy using the fat pipe at the NYC book publisher I was working at in 2000. I’ll cop to illegally downloading Fiestas and Fiascos now because I did eventually go out and buy an actual copy of it at some juncture. At least that’s what the CD sitting in my voluminous collection tells me. So I suppose I “borrowed” the album, only to realize that it was cool enough to actually go out and drop some coin on it. Which is high praise for those of us who “borrowed” a lot.

The thing is, Lifter Puller is not exactly a household name as far as bands go. But they are the precursor to Craig Finn’s way better known follow-up, The Hold Steady. You can certainly hear that band’s beginnings 0n this album — Lifter Puller’s swan song — which is full of late-night tales of debauchery and seedy characters therein. All delivered with Finn’s incredibly divisive kind of yell-y beat poetry, phlegmy singing style.

But back in 2000 this was what felt like an incredible amalgam of what indie rock should be. It has that ad-libbed feel of a bar band melded with an intelligence that we were told only came in esoteric forms from European bands like Radiohead. But this was something different. We weren’t talking about big concepts or really being poetic in any grandiose way. Finn was rap singing in a mass of tumbling words about people getting drunk and high in shore bars and making weird LL Cool J puns. It’s about fighting and scoring dime bags. And it’s self-referential and meta the way the best indie rock lyrics are. Essentially it’s about being a working rock band and living a lifestyle that in 2000 felt like a dying commodity. That lifestyle that seems so sexy to those of us sitting behind that desk at the book publishing company, but in Finn’s telling is kinda sexy, but also kinda sad and dangerous, but also life-affirming in a weird way.

Finn definitely continued his ability to turn a phrase and his propensity to use proper nouns into The Hold Steady, but it never felt as organic as it did on Fiestas and Fiascos. There is just something specific to this album and its rolling stories about drug dealers and eyepatch guys in scummy bars that feels lived-in and menacing in a pre-2000 way that post-millennial music doesn’t. You can feel the blurry nights and the hangovers and the scraped knuckles in the music and Finn’s manic delivery. It just doesn’t seem like we’ll ever have another album like this one, as it feels like it’s on the edge of something. A time just before the open Internet and the preponderance of cell phones when wandering around a desolate city drunk, broke and lost felt like the frightening adventure it used to be.