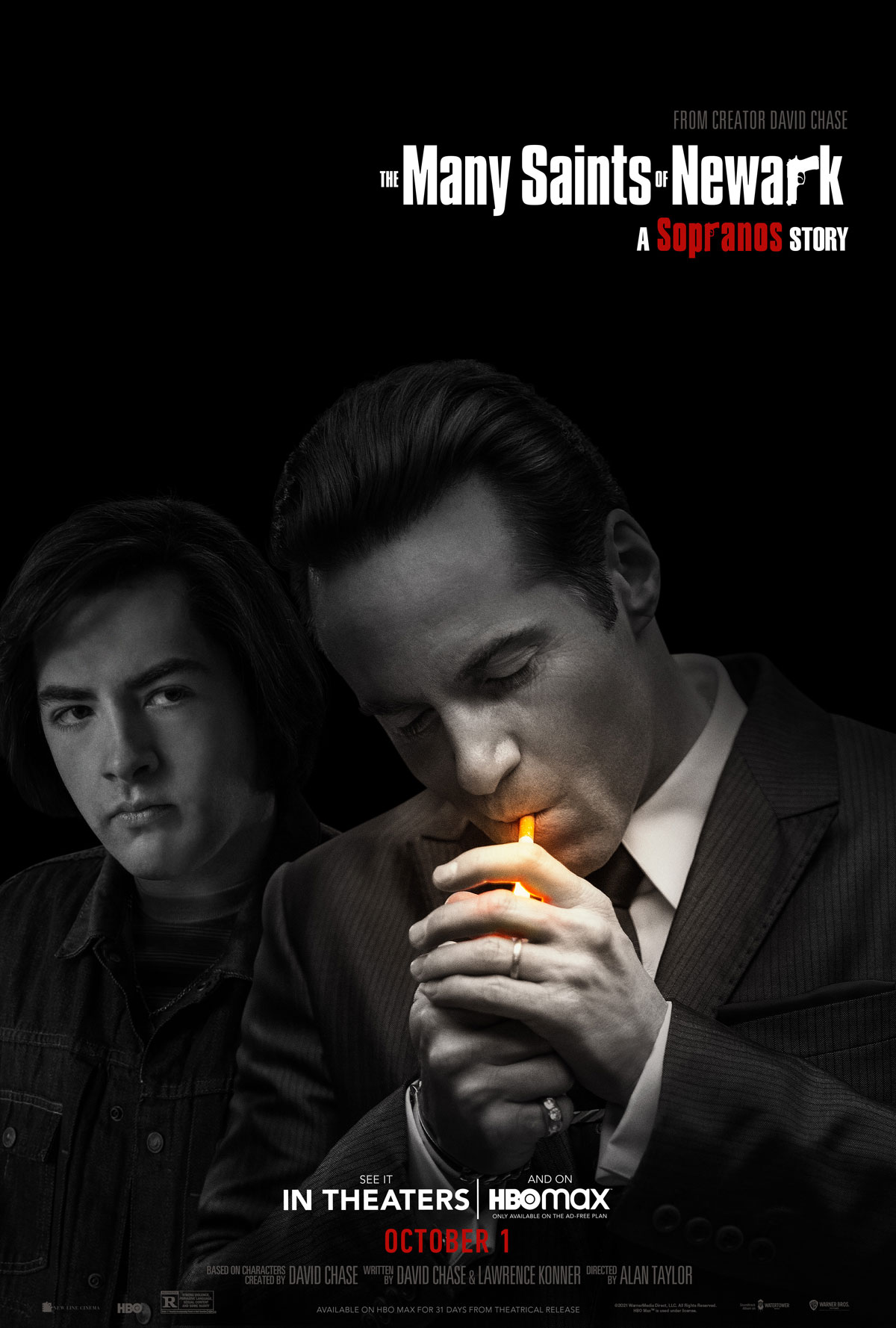 The Many Saints of Newark

Did we need this? The Sopranos was a landmark show. And it was great. But anybody who has ears knows that David Chase originally conceptualized The Sopranos as a feature film and not a television series. So here he is kinda, sorta cashing in on that dream by taking an iconic series and making what we used to call a straight-to-video movie prequel. I mean it’s not Aladdin II: The Return of Jafar or anything, but there is an inherent cheesiness (or chintzyness) to these prequel, sequel bolt-ons.

At its best The Sopranos was a fun and interesting look into the mind of pretty horrible people. As its worst it was a 4.5 (out of 10) imitation of Goodfellas. The problem with The Many Saints of Newark is that it trends way too much in the latter and not the former direction. It almost feels like Chase watched Scorsese’s film and decided that he was going to make his Return of Jafar. It’s a bit of a tortured metaphor here, but let’s think about what made The Sopranos good. First: James Gandolfini. Second: the twist of this family man and his depression and anxiety playing such a large role in his day-to-day gig as a mob boss. And what made Goodfellas good. First: the cast is one of the best of all time. Second: Scorsese is one of America’s best ever directors and writers of this type of narrative. So if you try to make Goodfellas out of The Sopranos, you ignore what made The Sopranos original and interesting and are missing the person/actor who made that series what it was. In addition, you have a cast of basically nobodies (even if you borrow one, Ray Liotta, from that actual movie) and you have way inferior writing and directing. We already have Goodfellas. Why try to recreate something if you’re just going to produce a faded copy of it? And without Robin Williams! That last thing is the Aladdin metaphor. Ok, I’ll stop.

So, the big hype coming into this film was the fact that James’ son, Michael Gandolfini, was going to play Tony as a teen. It was a nice story considering James’ untimely death and this obvious nod to the importance and legacy he lent to the original series. Plus, Michael does bare a striking resemblance to his father. My assumption here was that this movie would essentially be the story of Tony Soprano and what made him into the mess and the monster he eventually became. Turns out, not at all. Nope, this movie is about Dickie Moltisanti (Alessandro Nivola), father of Chris Moltisanti (Michael Imperioli), cousin of Carmela DeAngelis/Soprano. Got that? Yeah, he’s not even a blood relative of Tony’s. He’s Carmela’s cousin. But I suppose he becomes Tony’s de facto mentor/father figure because of the age difference, and the fact Tony’s dad was in prison. Anyway, it’s a bit of a circuitous relationship to be sure. And I suppose I should have known who the protagonist would be here considering Moltisanti translates to “Many Saints,” which is right there in the title. But, of course, Dickie Moltisanti wasn’t even in The Sopranos because… Well, because he was dead.

So once I kind of figured out who was playing the young version of who (Billy Magnussen as a young Pauly Walnuts being the boldest, and weirdest, of the choices) I settled in and tried to figure out why I cared about these people at the center of this film. But after — and this is a bit of a spoiler, but it happens early — Dickie murders his own mobster father, and takes his own step-mother as his public gumar and nobody seems to care or say anything, I was kind of out. I mean his father, “Hollywood” Dick, was a made guy and though nobody in the crew knows he killed him for sure, it seems pretty suspicious that he’s now out flaunting the fact he’s sleeping with his dad’s widow. And nobody says shit about it? That seems like a major plot hole. Oh, and then Liotta goes on to play his own twin brother. I mean, c’mon.

Besides some wonky machinations, nothing much actually happens. And that’s one of the biggest issues. This feels like it would be a pretty packed episode or two of a television series, but as a movie it kind of fades in and fades out. And then there’s the violence. Not like dudes wacking dudes (or an unfortunate scene of a guy having his teeth broken by a pneumatic drill), but the violence against women in particular. I know that’s a mobster trope, but it seems like the creators of the show want us to almost give Dickie credit for not beating his wife or girlfriend. Oh, he’s so enlightened because he doesn’t haul off and smack her when she “back talks.” Or comes to the defense of his stepmother/girlfriend when his dad pushes her down the stairs. What a prince! Until, of course, he’s not. I don’t know, that whole thing felt very icky to me. Unless Chase is basically saying, “See, even the ones who you think might be ok — or human at least — are also pieces of shit.” In which case, okay, but I’m still not a fan of how not a single female character in this film is more than window dressing, a nag or a crazy person. Shit, you wanted to make something different? How about that?

I’m still going back and forth on the film’s ending. We know from the start that Dickie is going to end up dead. We just don’t know why or how. We know this because his son, Michael, grows up without a dad, taking on “uncle” Tony as his mentor and protector. Until Tony whacks him, of course. But the reason Dickie dies is kind of silly. Like really silly. And I almost like that. It’s not some convoluted nonsense about rival families and complicated heist plot or something. Nope, it’s just stupid. Truly stupid. But also kinda funny. Very Pesci. Granted his son, Michael, is narrating the film via voiceover from beyond the grave. Which is already a somewhat off-putting crutch. My only thought is that someone forced Chase to do that. Because he knows better. The whole thing just has an air of a TV movie. Maybe it’s the weird wigs. Maybe it’s the compressed cinematography. But there’s an amateur quality to it. It’s good to see Holsten’s featured so prominently, but even that can’t save this from being a middling rehash of a far superior product.