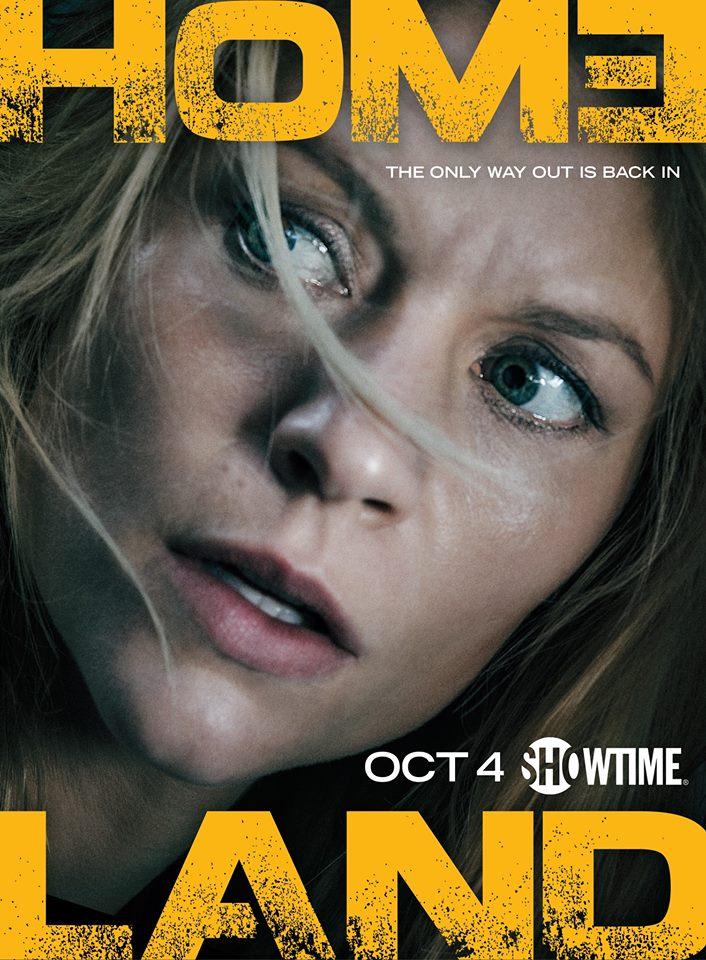 If you ever had doubt in the ability of the US government to stop terrorism, this is not the show for you. Well, only in the fact it’ll enforce that notion in a really uncomfortable way. Now in its fifth season, the show has morphed once again into a hybrid of the talky-talky esoteric CIA show it became in its fourth season into the spy thriller it always wanted to be. Albeit, a pretty damn clumsy, but oddly prescient spy thriller. If you haven’t seen the first four seasons, there’s no real way to not spoil some stuff from that time in talking about the fifth season. That’s the issue with serial shows. Granted, this season could have easily lived on its own, as there is no mention of Brody, no real glimpses of Carrie’s child and a pretty insular cast all residing in the totally new city of Berlin.

So, if I had to subtitle this season, it would be called “Everybody Loves Carrie.” Or, alternatively, “Guess the Gross Fluid Coming Out of Qunn’s Body.” Both play a major role in this season’s episodes. Because, as it turns out, despite her being batshit insane and clearly terrible at her job, every male cast member is completely and totally in love with Claire Danes’ Carrie character. Like deeply, hopelessly in love with her. Enough to sacrifice life and limb and professional reputation. It’s nuts. And she’s still doing that expelling of air thing she’s been doing for the past couple of seasons. An affectation that makes it seem as though Danes has forgotten what her next line is and that she’s stalling. Someone says something to her that she doesn’t like and she always, always expels a puff of air between her lower lip and top teeth. An expression of exasperation? Whatever it is, it seems to have become a very distracting crutch for Danes as her character’s life continues to spiral. But whatever her affectations and annoying foibles, every dude on the show has to profess his love to her. It’s almost comical — especially since most of the series she either has some sort of cut on her face, bad flop-sweat or both. And Quinn spends the entire season being punched, kicked, stabbed, shot or gassed and constantly expelling gross red, brown, white or black shit from his mouth. Seriously, this happens at least five or six times.

Anyway, this season our main character, Carrie, is out of the CIA and is working for the foundation of a rich German dude. She’s apparently his head of security. Did he not get the memo that a home-grown terrorist, who she happened to be screwing, managed to get himself entangled in a plot that blew up the entirety of the CIA in season two? Bygones — or just a terrible job of background checking? Whatever the case, she seems like an awful pick. And, like clockwork, her life goes to shit. And so does everyone’s around her as she tries to track down a security breach / data hacking incident that leads to layers of terrorist and Russian intrigue. And the revelation that she is not the only bad judge of character and completely clueless spy the CIA has ever employed. In fact, it seems the smarter the character on the show, the worse they are at detecting bad guys in their midst (or in their bed). Poor Saul. So Carrie, once again, ends up running around trying to stop shit from blowing up, people from being gassed and generally trying to save the world single-handedly, as the CIA and/or other US operations seem to be made up of like ten people. Meanwhile the writers clearly have it out for poor Rupert Friend’s Quinn character who goes scene to scene bleeding, puking, stroking out and generally getting the snot beat out of him. Karma, some would say. Others would call it lousy writing and/or planning for one of the more interesting characters on the show. We want to watch the guy shooting up bad guys and sneaking around, not laid up with festering stab wounds and in a coma with breathing tubes coming out of him. That’s just boring.

While this all sounds a bit dreadful, the season itself was kind of fun. If you can ignore some of the more annoying characters, like the altruistic blogger from the aforementioned foundation who exposes the US’ devious wiretapping atrocities (a character Ms. Hipster, a former journalist, wanted to strangle every time she was on screen, and reminded me of our dearly departed friend, Kate Mara / Zoe Barnes on House of Cards) and just take the show at face value, it can actually be quite enjoyable at times. They dropped the convoluted geo-political machinations of season four for the most part and really focused on a single terrorist event that our gang has to stop. Of course they also throw in quite a few side plots that involve hacking and Russians mostly that all expertly fold back into the story, some of which are clearly similar to real-life things that happened in and around 2015, including actions by ISIS, Snowden, the Charlie Hebdo attacks and several other real-world items. And somehow Carrie is a little less annoying this season. They made her cry less and be a little less crazy by surreptitiously eliminating items from her old life, including her constant and tenuous relationship with the CIA, her Brody obsession, her daughter, her sister and any of her former family (and Brody’s family), her weird obsession with jazz and even some of her zaniness. It’s funny, the zaniness, though, as they address it for a few episodes at the beginning of the season and how she needs the crazy to be good at her job and how it’ll strain her relationship when she goes off her meds to solve this case with her now boyfriend, but then after addressing it and making her wacky for an episode or two, it goes away and is never addressed again. I guess she’s cured. But Quinn certainly isn’t. Nope, not Quinn. That guys is all sorts of fucked up. Oh, did I mention that one of the lead CIA agents turns out to be a double-agent working for the Russians? And, even after being caught, is allowed to continue to operate in her position (but with a guy kind of casually following her around)? Because, repeat after me, everyone everywhere on this show associated with everything is terrible at his or her job. And, again, the CIA seems to only be made up of ten people who apparently don’t understand that treason is, well, kind of a big deal. If this were the real world, I would be seriously scared for our safety, but despite there being some intriguing and real-world drama that unfolds on the show, this is still the soap opera version of what life in the CIA could be. The sweaty, bloody, pukey soap opera.