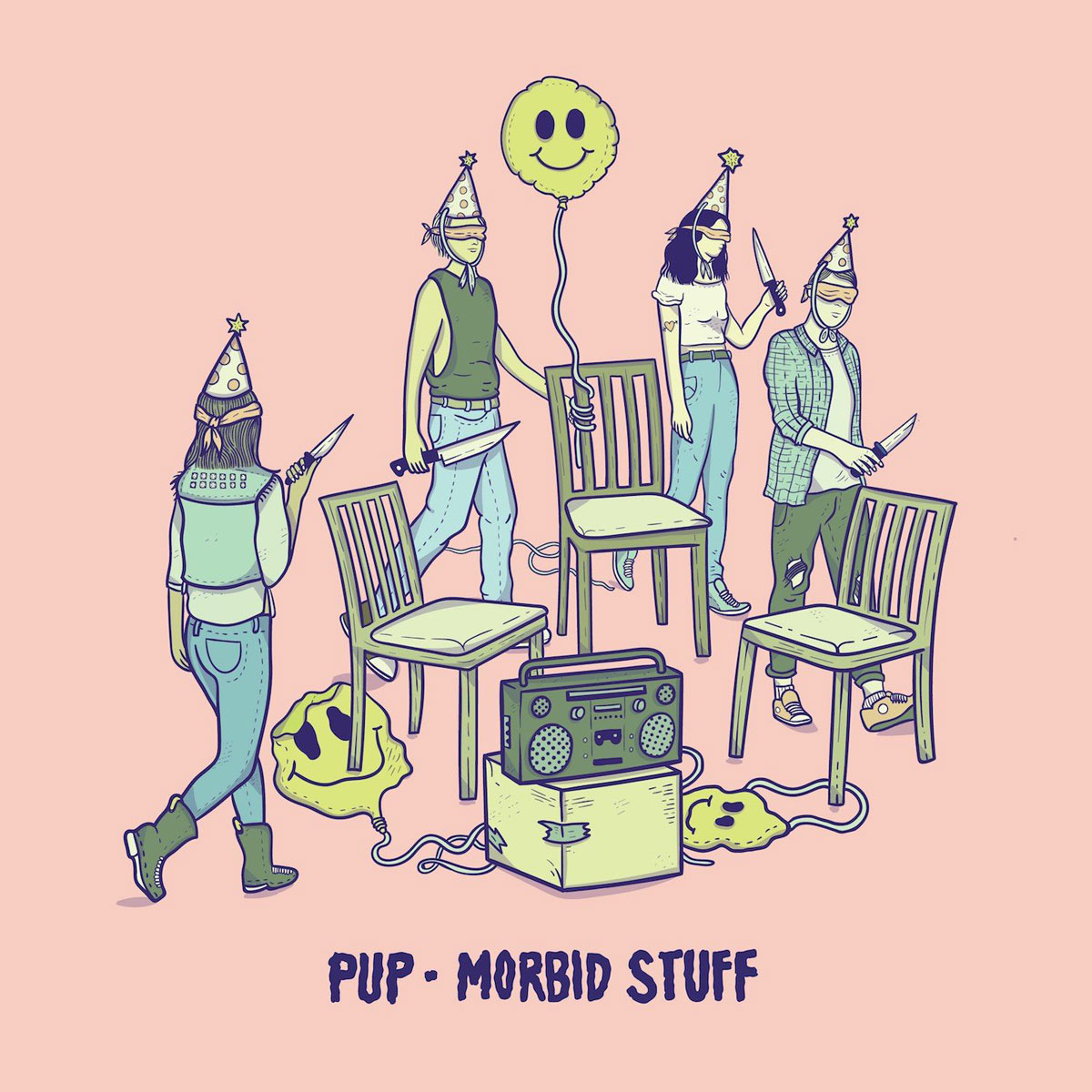 There was a moment in 1994 when I walked into a room and heard Dookie for the first time. It somehow took the snottiness and the feelings of restless boredom of that 70s punk aesthetic but perfectly encapsulated it for our still-forming Gen X minds by personalizing it and making the issues very everyday and suburban. Of course, that album spawned a decade of “mom and dad are bored losers and now so am I” music, but that has waned in the past decade as bands have artified that message, gotten metaphysical with it or just gone full-blown emo. PUP brings back the cynical fun in the everyday misery of being a human on this planet. And for that we love them.

I don’t mean to make PUP sound like Canadian nihilists or something, but there is a message in their shared everyman misery that belies their young, Instagram-obsessed, aspirational generation. After all, they can’t all be tongue-wagging, avocado-toast-eating jet-setters. And while PUP are definitely not kids anymore (having formed in 2010), there’s a kid-like enthusiasm in their adult-tinged pop-punk sound. Whereas too many of the actual Gen X versions of this band chose to go back to high school to mine their angst when they were way the hell past the age they should be complaining about “girls” and “mom and dad,” these guys have found their lane and updated the conversation to their aging young adultness. And, sure, they still delve into booze, cigarettes and drugs, but while some of their stuff can mirror their country mates’, SUM 41, skate-tinged, yelled choruses, their lifestyle choices feel more lived in and authentic.

I realize that this review makes them sound way serious. They certainly are not. I mean, what they’re saying may be serious to lead singer, Stefan Babcock, but while the dude is clearly pissed about a bunch of stuff, their delivery is snarky and sneery in the best tradition of rambunctious punks. The energy is high. The hooks are like waves pounding the shore and the production and musicianship make the album sound really good. Ultimately, despite the shouting and the aggressiveness, the music is just plain fun. I think that’s what we look for in our pop-punk tunes these days and all days. We weren’t looking to bands like blink-182 and Alkaline Trio to solve the world’s problems or make a political statement about anything, but we could appreciate the energy and, well, fun they brought to the table. PUP have just taken that genre, made it a little more personal and angry and put it out there for all of us to enjoy the shit out of.