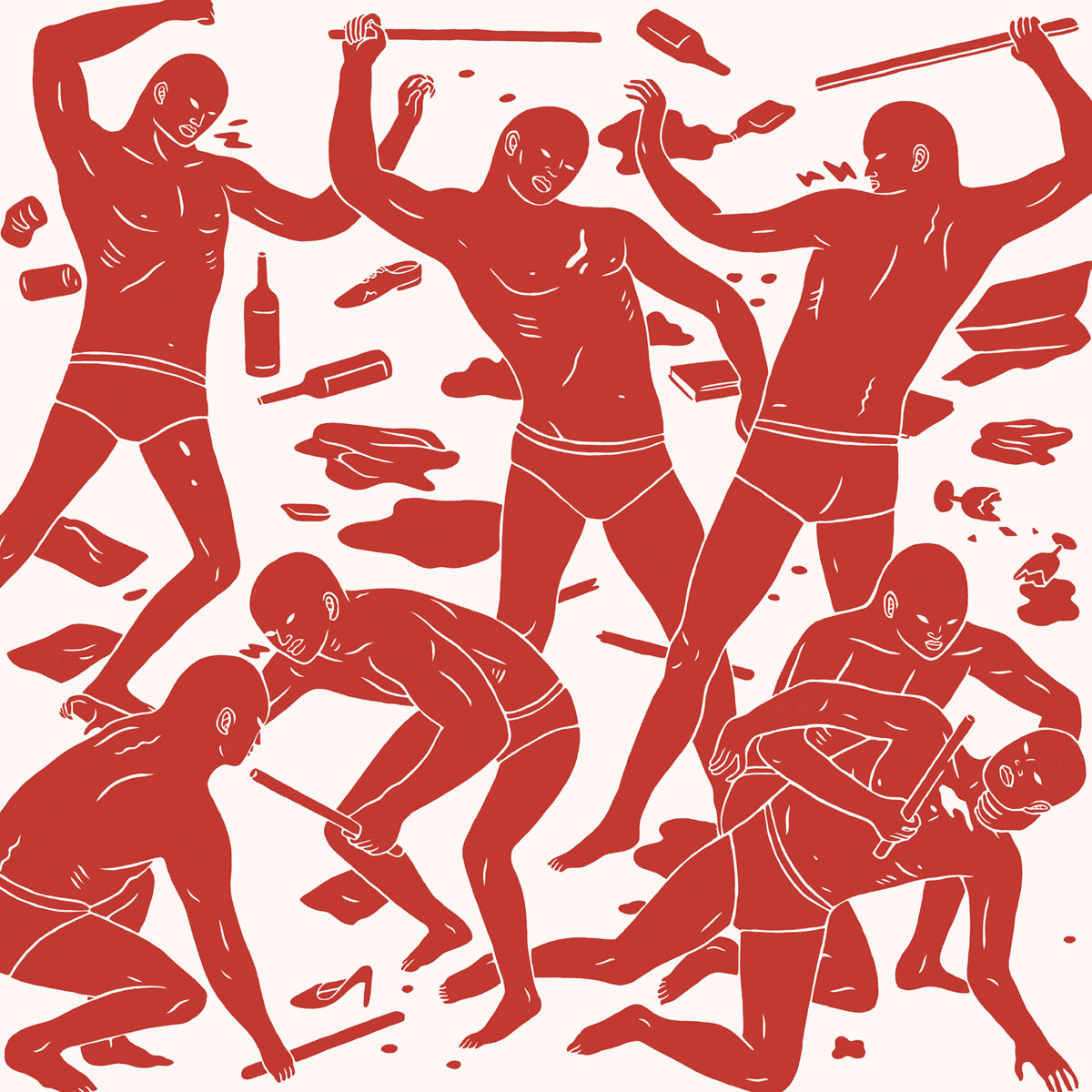 Play it fast and loud. That’s the way Single Mothers roll on their 2014 debut album, Negative Qualities. I can’t say I approve of the band name or the album artwork — which looks like a cave painting of a weird homoerotic street fight — but I do appreciate their approach to making music that sticks to your ribs. Imagine, if you will, a post-hardcore version of The Hold Steady. So, for all those times you wished Craig Finn would just downshift and bash you over the head with his weird and wacky stories about that gutter life, here you have it.

Of course in terms of attitude, Single Mothers are actually less Finn — who may tell sordid tales about his subjects, but still somehow appreciates them — and more like Canadian IDLES or, going way back, McLusky. In terms of their general disdain for their fellow modern man. (Man, seems the Welsh — and even the Canadians from whom some of them sprang — are an angry bunch.) I suppose the concept of the album is right there in the title: Negative Qualities. An adjectival phrase that the band overlays on just about everyone that they come across. It makes for a bit of a slog if you’re able to discern the lyrics through the screaming, as it’s hard to listen to an entire record full of bitching. But I’m not really a lyrics person anyway, so I’ll let it pass.

The more I listen to the album, the more it comes into focus. I know I’ve compared it to a relatively disparate list of bands, but I hear some Les Savy Fav sneak in around the edges as well. That is to say that they, when they slow it down just a little bit in order to be legible, have that combo of cacophony, yelling and musicianship that feels very of that mid-aughts era of DIY indie rock out of Brooklyn and the surrounds. Bands whose “singing” was less important than the edgy wit of the words coming out of the lead singer’s mouth. Whose live shows made fans out of casual listeners and whose recorded output seemed less important than packing small-to-midsize venues with sweaty acolytes. And though I’ve never seen Single Mothers live, I imagine their sing-along, chanted line in “Patricide,” “I need god about as much as she needs me!!!,” would endear quite a few.

And, look, in all honesty, I’m going to listen to this album about as often as I listen to David Comes to Life by Fucked Up (and probably less), as I just don’t have the constitution to be assaulted on a regular basis by the snotty shouting. But I can appreciate it for what it is. And nobody would ever accuse these dudes of being nutless twee assholes. Which is more than I can say for many bands heading into the new decade.