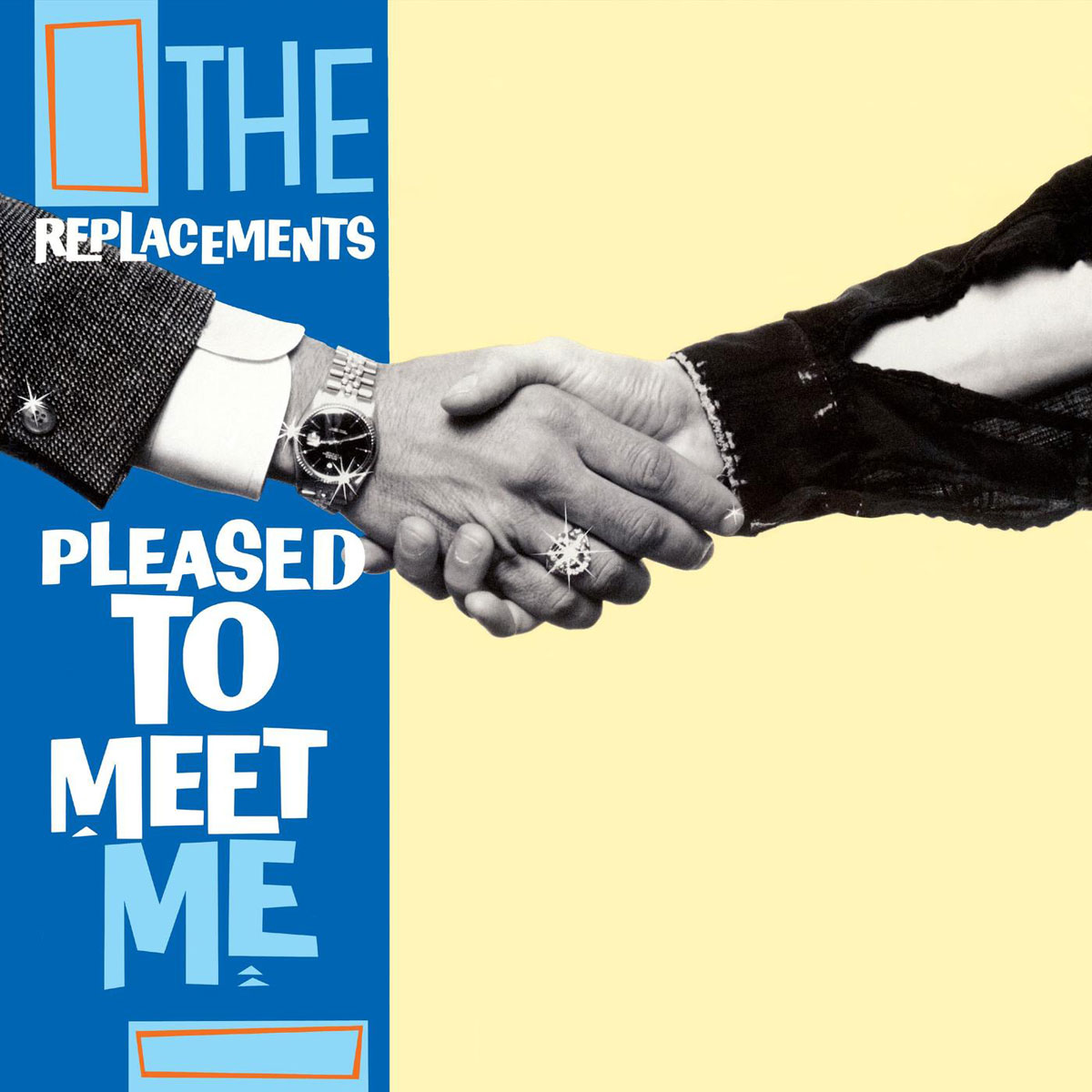 The Replacements: Pleased to Meet Me

There is nothing that shapes your life when you’re 14 like music. At least that was the case back in mid-1987 when there was so little in terms of media to fill your day. Enter The Replacements and their fifth studio album, Pleased to Meet Me. I mean I’d love to say that I was on them starting with Sorry Ma, Forgot to Take Out the Trash in ’81, but you don’t see a lot of eight year olds rockin’ DIY punk.

So this album happened to drop right during my period of musical enlightenment. That time in a young man’s life when you get cache for being the first. The guy who brings a cool album to your friends. Pops it in the Walkman during lunch or the tape deck after school and shows them just how cool he is. The thing is, I think I’d seen the video for “Bastards of Young” from their fourth album, Tim, and may have even bought that album. But this one, which I bought right when it came out, felt like my discovery.

Thing is, I thought this album was totally gnarly (which may or may not have been something we said back then). I thought the throwback cover was cool. I thought the rock songs that delve into lounge, Americana and barroom raunch were downright awesome. Paul Westerberg wrote with a twinkle in his eye and a sense of ironic affection for the genre he was helping to define. And as bitchin’ as I thought this album was, I couldn’t seem to convince my buddies of this fact. It just wasn’t fIREHOSE or Thelonious Monster or whatever.

The thing is, without this album there is no Spoon’s Girls Can Tell. And it would be a sadder world without that record. The pop sensibility of tracks like “Never Mind’ and “Can’t Hardly Wait” with their horns and awesome hooks were precursors to Westerberg’s later solo work.  The latter song even lending its title to the underrated Jennifer Love Hewitt vehicle called… Can’t Hardly Wait. That probably didn’t help my indie cred, though it was twelve years later, so I think everyone but the filmmakers had moved on. Of course, the former inspired the title of Nirvana’s second, smash-hit album… Nevermind. So take that!

Anyhow, there is a lot to love about this album even if people always point to the albums right before this one, Tim and Let It Be, as their seminal records. It holds a certain place in my heart and memory and helped make it okay to infuse your alternative rock, or whatever we called it back in 1987, with melody and hooks. I honestly listened to this on repeat last night three times and was excited every time I heard the opening blast of blues from track one, “I.O.U.” I’m just so glad this thing exists in the world.