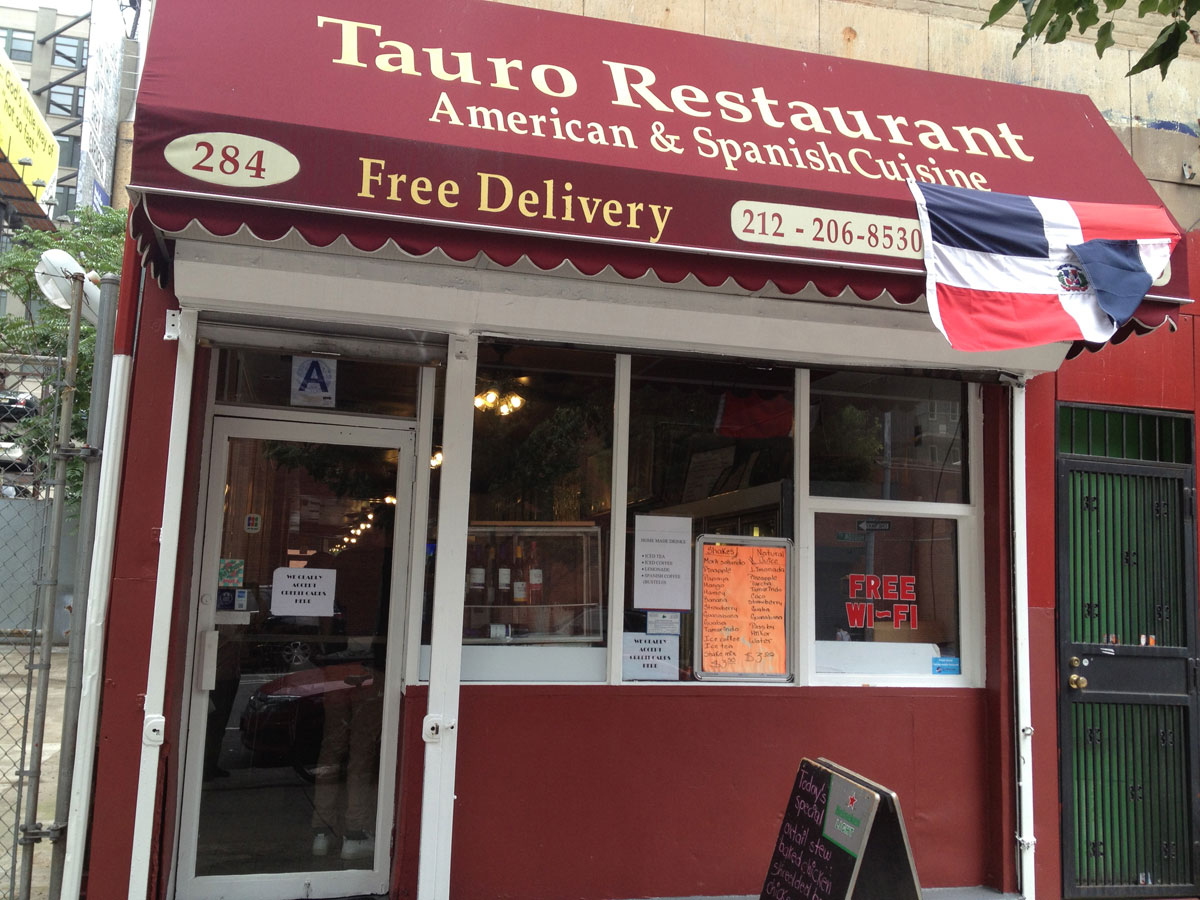 I suppose you could call restaurants like Tauro “old school.” In this new NYC, so full of large and mini-chain restaurants, build-a-bowl lunch joints and, you know, set menus. Tauro keeps it small and family-owned. And also keeps you guessing as to what the heck you’ll find once you walk in. It feels, on the surface, like a locals-only joint and not for an interloping office drone like me. But sometimes those are the most exciting places around.

So one day I finally worked up the courage to walk in. What was on display was… confusing. I came after what one would consider the lunch rush time of day only to find a few warming pans with something in sauce and a couple vaguely shriveled filets of what looked to be a glazed salmon. I’m sure my face gave away my desire to turn on my heel and walk out, so the proprietor essentially said, “Let’s see what we have left today…” Turns out, what I saw was what they had. Hungry folks had raided the Latin American menu earlier in the afternoon, and I was left with what I was left with. Despite that fact, I’m pretty sure that menu is never the same day to day. The sign of a an old school eatery.

So I went with what was essentially my only option, the glazed salmon. Two thin filets glazed in some sort of soy sauce-based somethingorother, along with a smattering of white rice and black beans. It was thrown into a styrofoam container and I was sent on my way. I’m not certain if it was the late-in-the-day thing, or this was common practice, but the amount of beans was somewhat disappointing (and some were split). The overall aesthetic was a little lackluster, but the taste certainly wasn’t bad despite the fact the fish had been hammered sitting there broiling in that pan. Though it wasn’t dissimilar to something I might eat from my own kitchen on a Tuesday night. In fact, I’m pretty sure I have. Which I suppose is fine, as I like when Ms. Hipster makes glazed salmon. Granted her’s is fresh out of the skillet and not sitting in a warming tray past its prime. So it’s, well… It’s way better.

But, look, homemade Latin food is never a bad thing. It’s not cooked on a giant grill by a gang of hourly workers with canned ingredients. Which can lead to some unevenness and clear quality-control issues. And a menu that is not always thee menu. After all, that fish I got wasn’t on anything printed. It was a guessing game. Restaurant roulette, I suppose. Which keeps it exciting. After all, you’re not going to show up to Chipotle on a random weekday only to have a new shrimp cocktail added to the menu. Now, are you?