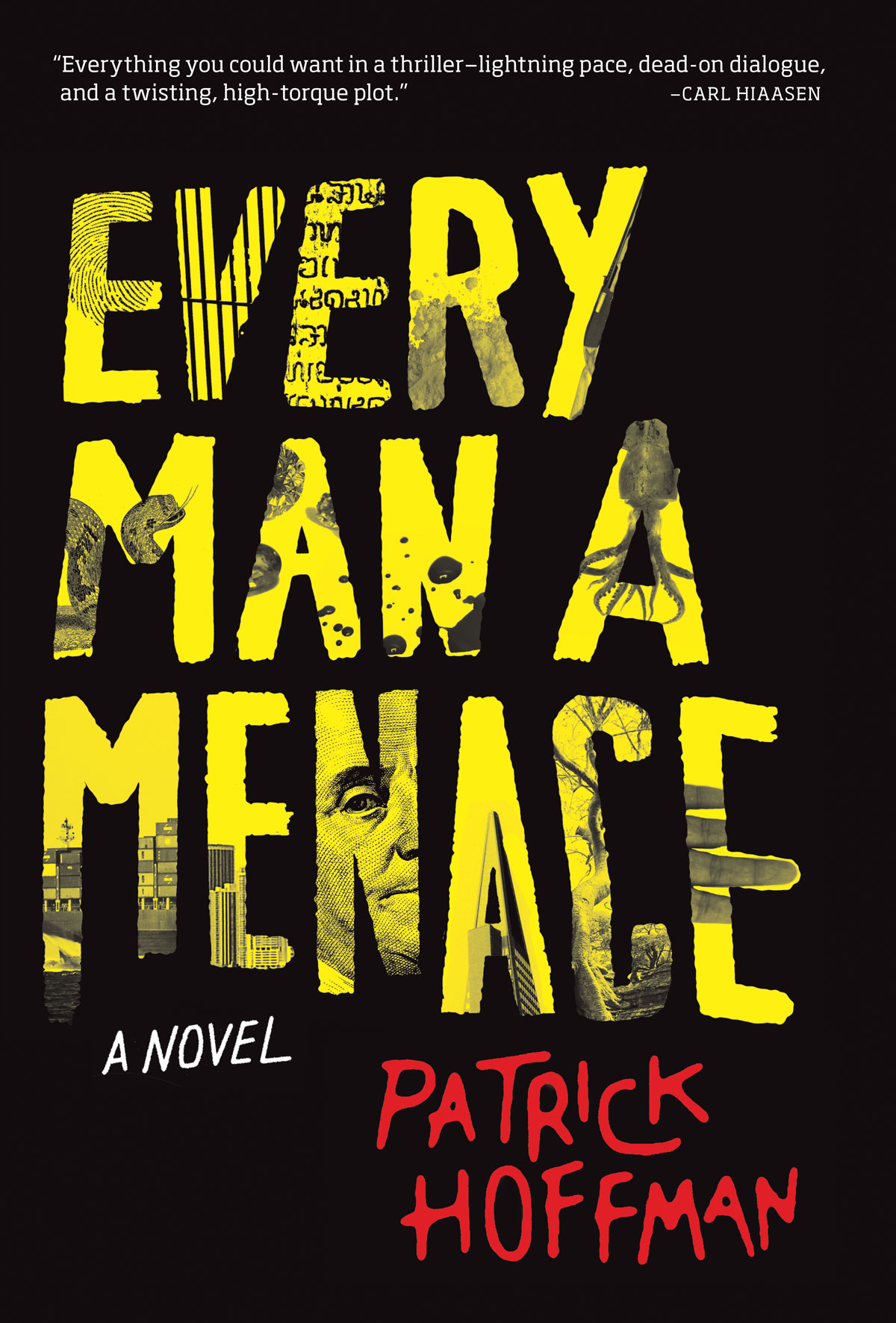 Every Man a Menace

First, the title Every Man a Menace is fucking awesome. I don’t know what it is, but the construction of it, the word “menace,” just everything about it sounds cool. Now, the fact that very few of the men in Every Man a Menace are truly that menacing is kind of beside the point. I mean, some of them aren’t great, but with the exception of one dude who is already in prison, I wouldn’t call many of the dudes in this book overly menacing in the typical sense. And god knows the crime fiction genre loves its tough guys.

So, MDMA. Ecstasy. Molly. Whatever you want to call it, it’s a thing. Personally, I associate it with young women and the club scene certainly more than I do the grimy streets or back alleys you do with other, harder narcotics. And it — the buying, selling and distribution of it — is at the heart of this story. See? It’s hard to be menacing when you’re peddling a drug that usually has like Smurfs and shit on it and is taken by Instagram girls in pink stunner shades (or whatever the 2020 version of those are).

It’s certainly not to say there is quite a bit of bloodshed in this novel, but there are some characters who in any other situation would be getting male manicures and getting their eyebrows waxed rather than like pulling off home invasions or raiding a rival’s drug house, or whatever normally happens in these hard-boiled crime stories. The intriguing thing is that Hoffman sets the whole narrative up in a Pulp Fiction-like style of overlapping stories form multiple points of view. It’s not evident from the jump that this is how it’s going to be, but after what we presume to be our main character bites it, it’s pretty clear that there’s way more to the story than we initially assumed.

And what we assume is that this is a local, San Francisco story about a small-time ring of MDMA dealers. But, no. This is an international tale that spans the globe. From SF to Miami to Bangkok, involving a gang from the Philippines, a trifecta of Israelis and even some Russians and Chinese. Not to mention Belgium and Burma. I feel like if I’d known about the breadth of the story I might have shied away. The idea behind these books is not to overwhelm you with details and force you to create a string map on the wall to track all of the players and their movements. But Hoffman does a pretty masterful job of creating a relatively simple construct to help you track who’s who and what’s going on. Breaking up the story a little bit by switching perspectives and filling in the story as you go really helped to do this. Told linearly it could have become overwrought.

Hoffman does just the right amount of character building without bogging down the action. His characters feel fleshed out enough that we identify with them. They’re motivated by things that feel familiar. Their hesitance is realistic. Their weaknesses are recognizable. Not everyone is a cold-blooded killer. They have their weaknesses and make mistakes. Which often means ending up dead. But sometimes it just means being in someone’s debt. Which could be worse. Ultimately, though, he throws a curveball at the end that we should have seen coming. A curveball that defies the typical genre tropes and, mostly, renders the book’s title more ironic than prophetic.