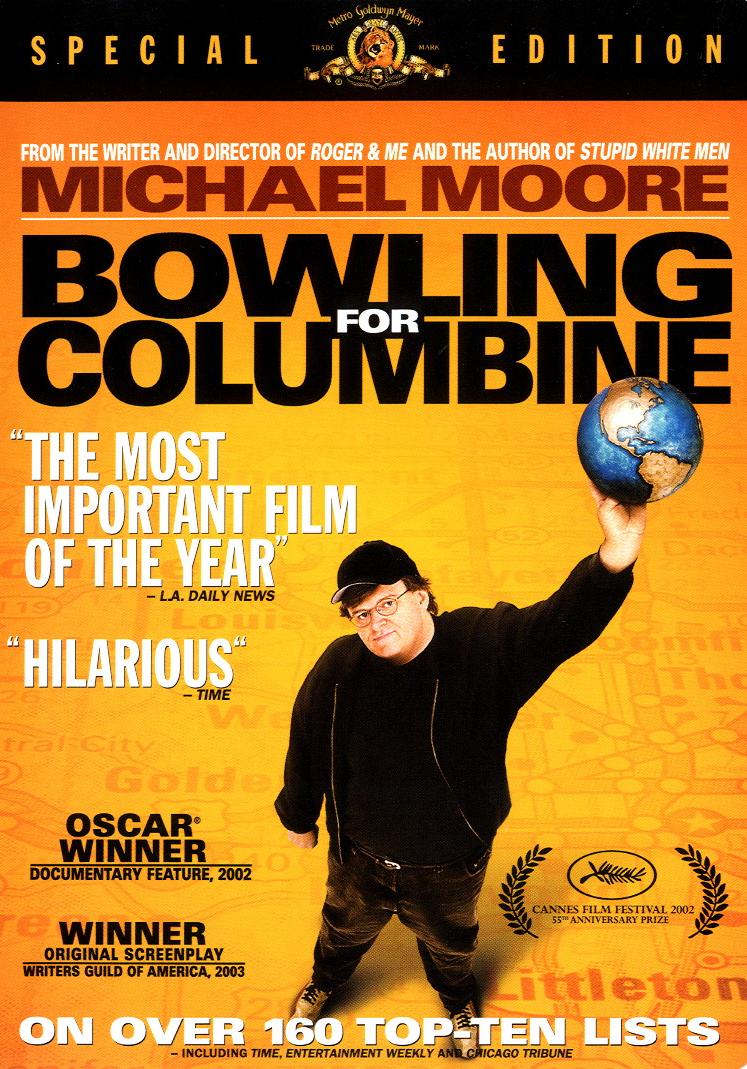 Michael Moore is a schlub. He’s everything that Tisch Film School, dressed-all-in-black art-fart isn’t–and he’s ten times as smart. Sure he’s altruistic, overly-sentimental and just a tad too politically correct, but he knows how to get his message across to the general audience in a compelling and entertaining manner.

The reason most people don’t go to see documentaries is because they feel they’re too high-minded, the documentaries are, and deal with obscure subject matter or are just too dry. The reason Michael Moore has been so successful is because he does away with the highfalutin bullshit and gets down to base issues that affect middle-America (normally the audience that shies away from this kind of filmmaking.) The fact that he is able to speak in plain language about his liberal agenda is his most admirable quality. He doesn’t sink to calling people rednecks or backward, gun-loving Republicans–he lets their words do that for them. The way he looks–dumpy in his sagging jeans and mesh baseball cap–puts him at ease with the people he interviews and manages not to alienate the subject matter as it would if he were an ivy-educated guy in horn-rims espousing the destruction of the working class and the baseness of the NRA. He is an intellectual without rubbing our noses in it.

He is what we always hoped the nerdy kid in high school with the jelly donut dust on his cardigan would turn into one day. He’s the misfit with a plan. He’s big business’ worst nightmare–an intelligent, affable voice with no allegiances and a definite chip on his shoulder. Why any company (or Charlton Heston for that matter) would grant him an interview I have no idea. I think they are lulled into some sense of superiority when they see what a mess he is. They think to themselves, “I can outsmart this schmuck. His entire wardrobe cost less than my lunch.” Obviously they never watched TV Nation or saw his relentlessness in Roger and Me.

The guy has no qualms about asking thee question. As it has been pointed out to me, the smartest person in all of Bowling for Columbine is Dick Clark, who slammed a van door in Moore’s face as he tried to question him about employing welfare-to-work moms in his Detroit area restaurant. Sure, he looked like a jerk, but he avoided looking like the world’s biggest asshole, as our buddy Charlton can attest.

The movie itself is filled with typically Mooreish jaw-droppers, like the bank that gives away free guns with the opening of a savings account, and the fact that Canadians don’t shoot as many people as Americans. The only reason the movie loses a star is Moore’s over-sentimental ending and his strange avoidance of discussing gun ownership and gun deaths outside of the general suburban environment. Despite its shortcomings, the film is thought provoking and somehow made me hate the NRA even more than I already did.