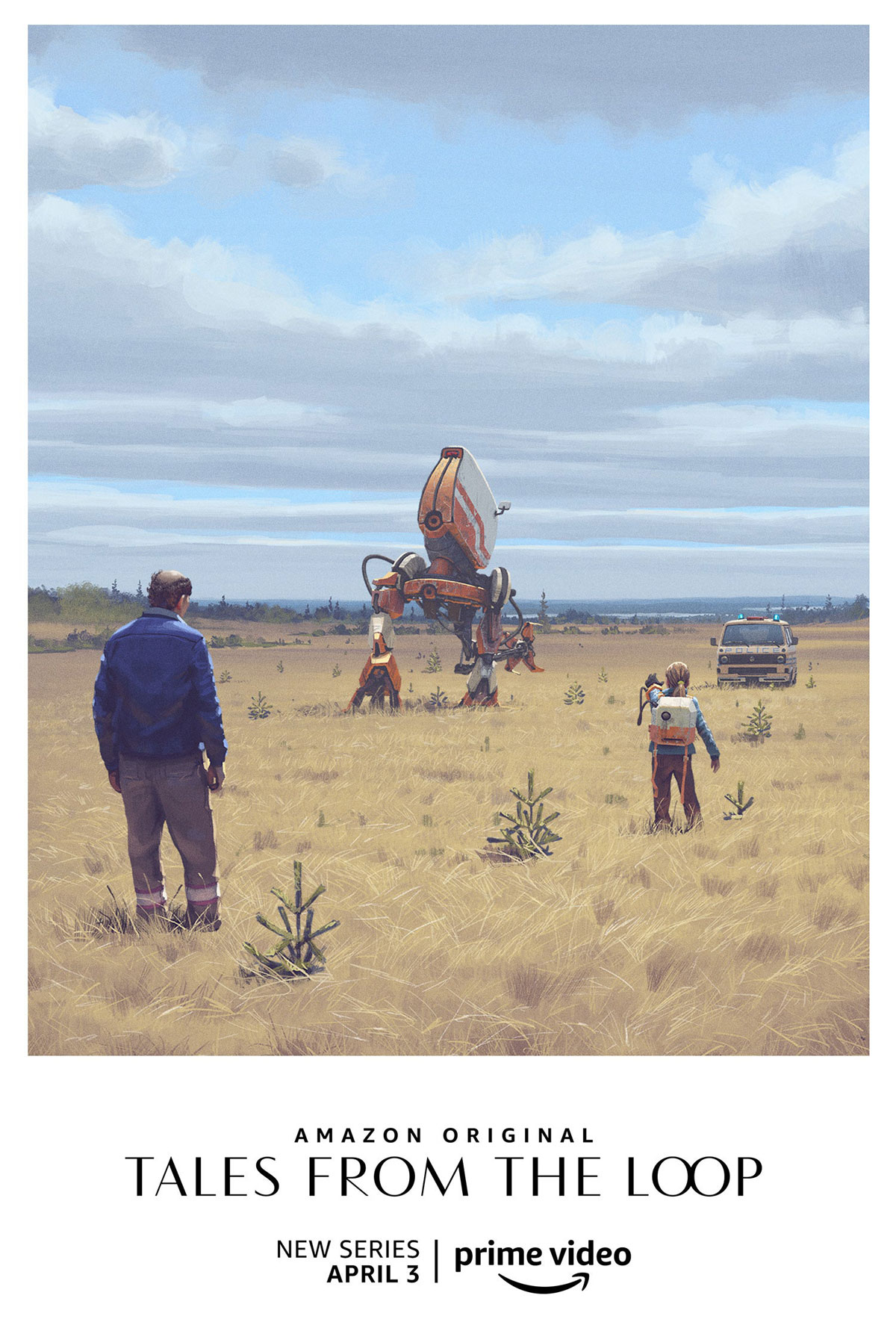 Tales from the Loop: Season 1

I had little to no expectation for Tales from the Loop. I’d heard next to nothing about it, and have been inundated with sci-fi of late. So I didn’t exactly tip-toe into watching it, but more or less took a flyer after seeing a preview. It clearly looked pretty cool, but I was a little hesitant given the fact they market it as an anthology. And for some reason it looked like it might be targeted to young adults. Turns out I don’t really know what I’m talking about and that I serendipitously fell into one of my favorite shows of the year.

If you’re looking for a sci-fi thriller, this ain’t your series. It’s a show based on the artwork of Swedish artist Simon Stålenhag. His art involves placing sci-fi stuff in traditional Swedish landscapes. Robots in the middle of fields. That sort of stuff. So while this television series is supposed to take place in some alternate Ohio in the 1980s, it couldn’t look less like Ohio if it tried. Not only the fact most of the people in this small Ohio town of Mercer drive Volvos, but also the fact the town is all crazy-looking lakes and forests. And the light. The light is all Winnipeg and Regina, Canada. It’s very unique looking. And distinctly not American.

The show itself doesn’t even really reveal the time period in which it takes place until probably the second-to-last episode. We know there are no cell phones and that the cars are of an era. But the futuristic nature of some of the elements of the town makes us question our assumptions. Is this a different universe? Is it the snow globe from St. Elsewhere? What is it? But unlike so many of the other sci-fi shows out there, it turns out that it doesn’t really matter. We don’t ever find out, and that’s just fine. It just is what it is.

I think part of the reason that they haven’t plugged the hell out of this show is because it’s tough to explain in a simple pitch or tagline. But the short summary is that below this small town is a facility that is purported to be a particle accelerator but is, in fact, is a machine meant to unlock the mysteries of the universe. That machine seemingly makes weird stuff happen in the town above. That weird stuff manifests itself in Twilight Zone-like scenarios. Which isn’t a great description, but the anthology nature means that each episode is its own story, with each story tied mainly through a couple families.

And these tales involve things like time travel, body-switching, bending and freezing time, the multiverse, robotics and a bunch of other stuff. But beyond the mechanics of The Loop and the strange things it makes happen is the story of families. The chance to live life differently. Or, in some cases, again. It’s about our choices we make in life and those repercussions. It’s about the loops we create in our own lives and from generation to generation. Creating loops. Breaking loops.

I know this all sounds like nonsense, and in some respect the science behind The Loop is completely unclear and completely half-assed, but the look and feel and tone of the series just overtakes what would normally be a huge red flag for me. Because the rules in this world are completely ill-defined. Which would usually piss me right the hell off. Time travel at one point is triggered because a character crosses a frozen river. Which was never a rule or anything anyone ever mentioned. In that particular case I rolled my eyes, but in some situations that were a little less egregious, yet still kinda silly coincidences or completely unexplained, I just let them go. I’m a hypocrite, I guess.

The show isn’t as weird as something like The OA or anything, but it is certainly different than most shows you’re going to see. The pacing is languid and there are moments of quiet where we’re looking upon vistas or just observing. There are entire episodes with very little dialogue. I can’t explain it, but it’s really nice to find something this oddball. I did find it calming, but there is also a creepy edge to it. A loneliness. A sadness. Enough so that Ms. Hipster said it gave her vivid and somewhat disturbing dreams. The visuals are quite striking, with its mix of natural landscapes and technology that in the 80s already feels like it’s decades old and falling into disrepair. And the score by Paul Leonard-Morgan and Philip Glass — that score — is just haunting. It just hit me in a way no other show has been for me in quite a while.