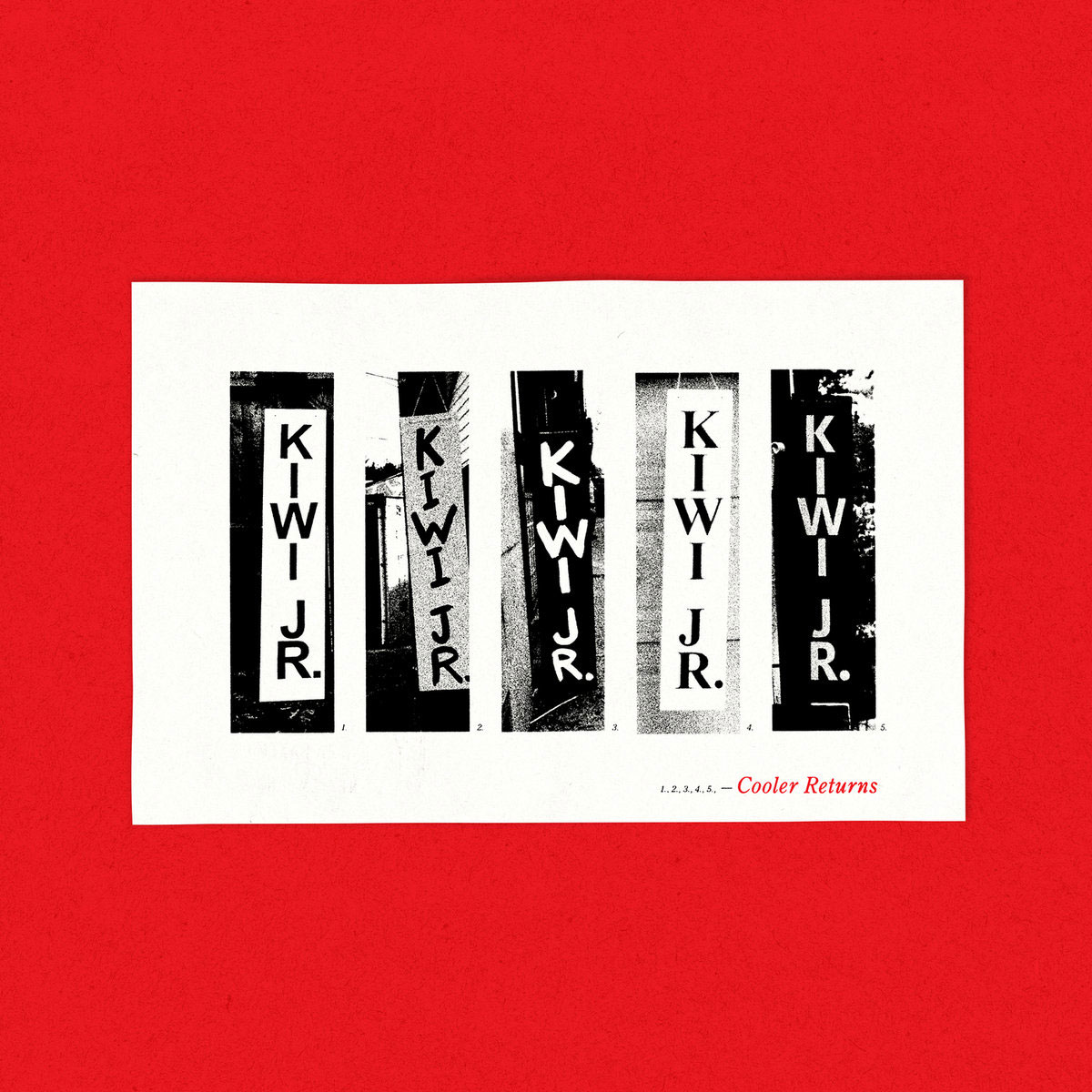 Imagine if Pavement and a Wes Anderson movie had a baby and you might have an idea of what Kiwi Jr. sound like. Maybe sprinkle in some Parquet Courts and something a little more produced and you have Cooler Returns. It feels at times like they even took a track from Wowee Zowee, did some chopping and screwing and spit their tune out the other side. Whereas Parquet Courts’ seminal Light Up Gold always sounded the same way, but of the earlier, rawer stuff from Slanted and Enchanted. Which all goes to say Kiwi Jr. are now like Pavement to the third power. Or like 1st cousins once removed. Or maybe Parquet Courts are the millennial version of a Gen X band, and Kiwi Jr are the Zoomer version?

Whatever the case, things that are decent are just decent. And yes I know people love to call things derivative because it’s an easy diss. But nobody ever bags on, say, rollercoasters. I mean in the end they all seek to go fast and thrill. This one adds a couple loops. That one a corkscrew. This one just makes the first hill higher. That one suspends you from the tracks. This one makes you stand up. But at the end of the day, they all aim for the same thing, use gravity and follow similar principles.

So why is it a problem that Kiwi Jr. seems to sometimes go out of its way to sound like a band that millions of indie rock fans like and miss? Because if I’m being honest, that Steven Malkmus solo stuff generally bores me to death with its weird hippy, jam-band vibes. And perhaps I’m the only one with an issue that Kiwi Jr. have a song called “Only Here for a Haircut” and Pavement’s most “popular” song was “Cut Your Hair?” But, truth be told, I don’t care. Because I like this album. It has a little bit of that stream of consciousness thing, but theirs is a little more Canadian than their incredibly esoteric and mysterious Californian heroes. They have that Northern inferior complex that always feels somewhat self-deprecating and just a little goofy. They’re not trying to bend the curve on social justice or anything.

All in all it’s a really great little indie pop rock album, produced nicely and filled with decent hooks. But without the cheese of what would typically be “pop” music. I typically like a little more gain in my music, but they really ride that line well between making listenable tunes and falling over into “art.” And, you know, what? Sometimes enjoyable and nostalgic-sounding albums are just fine. Or, better than fine, sometimes they’re some of the best.