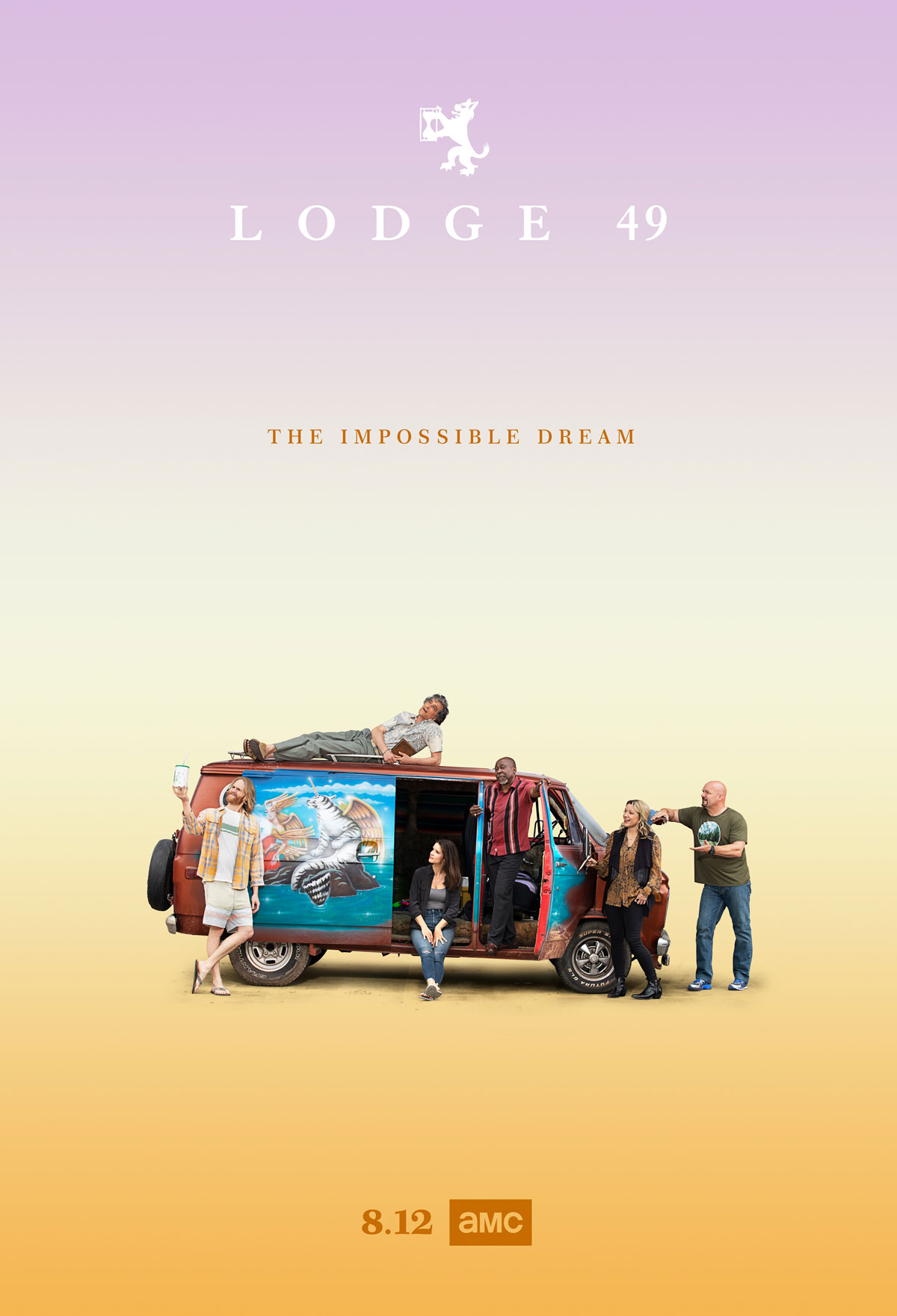 Yes, I am one of the twelve people who watched this show. I put that in the past tense both because it happened in the past and because the show is already canceled. Because only twelve people watched it. I will go out on a limb and say that the numbers were this low because the series itself is unclassifiable and almost impossible to describe. It feels like a meditation on some Eastern philosophy that I vaguely studied in college, but can’t quite remember. It seems to have a shifting point of view on its own theme of nothingness. Though it is sometimes funny. And quirky. And weird. It goes next to nowhere, but is also emotional in a non-cheesy way. It’s just unlike any other show ever. Which in and of itself should have given it life, But, alas, nobody cared.

I watched season one of Lodge 49 and was constantly questioning what the hell was going on. It had an element of magical realism, but didn’t revolve around it. It was a mundane family comedy-drama, but it didn’t follow any typical plot points in that arena. Ultimately it was a tale of interconnection and how actions, big and small, cascade around the universe and come back on us. Or maybe the writers were just really stoned. Which is just as good a theory as any.

While season one was about introducing us to all the members of this Mason-like lodge in Long Beach, CA, season two was how their lives, now linked, bottomed out and then turned for the better. Our main dude, Dud (Wyatt Russell), is lost after his father’s death and serendipitously (or was it!) finds the lodge, which brings his life new meaning. He also brings with him his dufus-y positivity and compassion that touches all the other members of said lodge. He’s like Jesus of Orange County if Jesus were an ex-surfer with terrible luck, but an open heart.

Anyhow, this season was about Dud spreading his healing powers (despite last season ending with him being bitten by a shark after finally getting back out into the surf) to everyone else around him. People coming to terms with what they really want out of life. People stopping lying to themselves and just being who they needed to be. It’s how our “hero” Dud lives his life — for good or for bad. It’s a super-freeing notion, after all, admitting your reality rather than trying to hang onto false notions. False idols. False ideas of what other people want or need us to be. It’s very amorphous, but this is what I took from it.

The show goes about its thing in a quiet way. Not that there isn’t a lot of wackiness, true moments of slapstick and goofiness and also moments of real emotion, but the show — like the characters — seems to admit its own truth in season two, just settling into its weirdness and zen energy. I can’t say, after coming out the other side, that I loved the series. There were times where it went on in the background and I typed away or scrolled on my phone and was able to absorb what was going on. But the creators did a wonderful job of rounding out all of the characters and making them feel real and relatable. Characters you ended up really caring about. Even if they’re in oddball situations and driving around with Cheech in a van with a spray-painted mural on the side.

Television seems to need to put things in boxes. There are workplace comedies. Lodge 49 has elements of that. There are family comedy-dramas. Lodge 49 has a bunch of that. There are absurdist, high-concept comedies like The Good Place and Miracle Workers. Lodge 49 definitely dips in and out of that as well. But the amalgam of all these things — which in theory would give you the “perfect” series — probably confounded the general public and did admittedly make for a muddled concept at times. I do feel like there was something larger going on here that I and the rest of the viewing public were too myopic to see. Ultimately I’m sad to lose the show, even if I didn’t always get it. But, mark my words, there will be a strange, cult thing around Lodge 49 when the stoned college crew discovers it on some streaming service and spin up their theories about the larger message lurking behind the oddness.