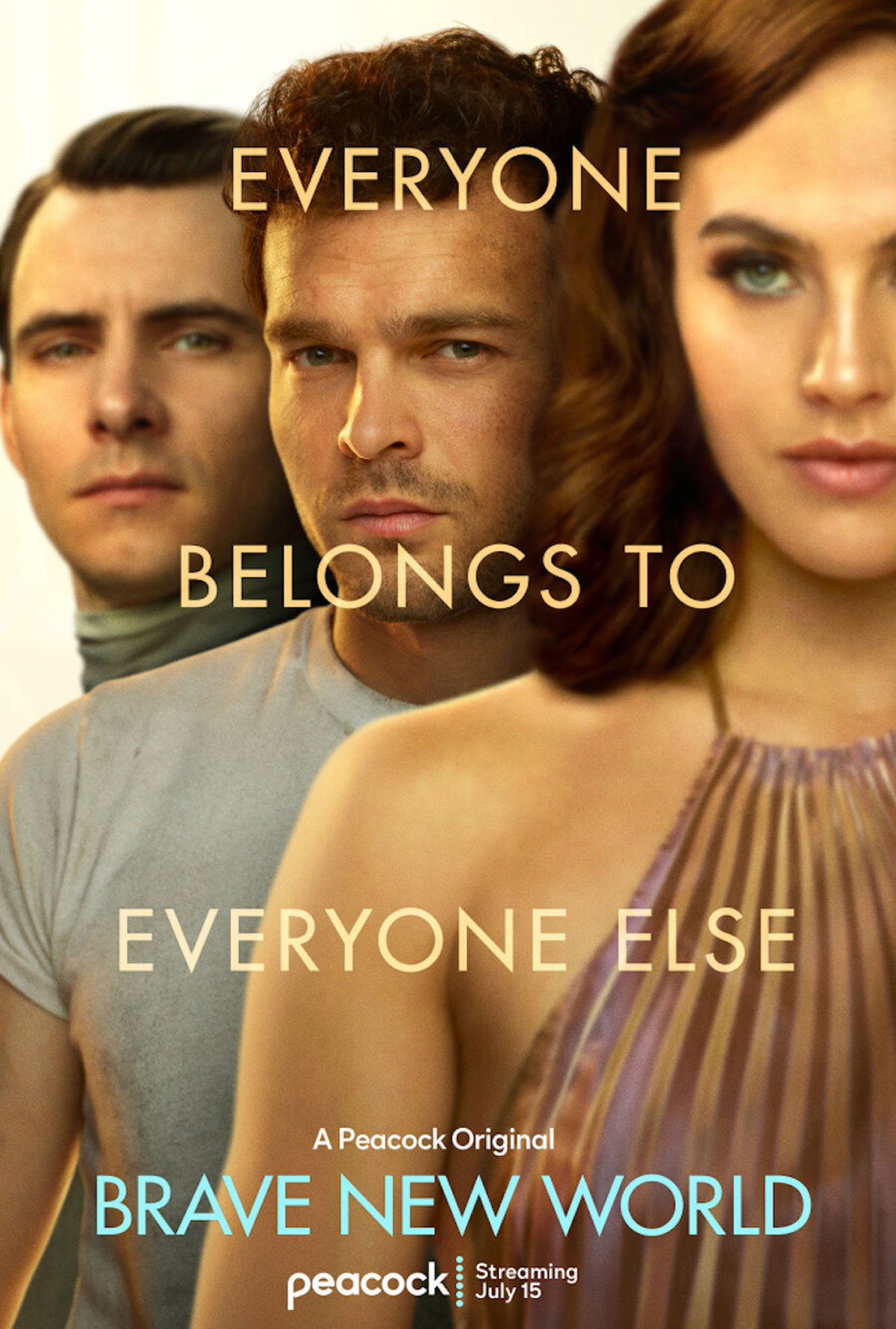 But what they really have on their hands is a very expensive mess. A high-concept, alt-future filled with lens flares and pretty colors. The problem is that they clearly put more thought into the costuming — which, by the way, is also very strange — than they did the script. It’s not hard to see where they read things like The Circle, watched Minority Report and Westworld and mashed it up with some of the authoritarian tendencies of the current administration. And then added huge-ass chunks of Gattica and pretty much ignored any and all of the good stuff.

While they did change a good number of the plot points of the novel, the overarching story is relatively the same. It’s the future, or maybe a different universe. I didn’t really pay attention. But there’s this thing called New London. I have no idea if it’s just London in the future or it’s the US or where the hell it is. Nobody really explains it. Which is problematic. It all could have been summed up in like 30 seconds. Anyway, it’s all futuristic and shit. All people are born from genetically engineered eggs and sperm. Everyone is seemingly sterile. Because, again, everyone is having sex always, but not getting pregnant. But, as it turns out, not everyone is sterile and some can have children naturally? Which is actually a really important plot point, but is, again, never explained. This genetic engineering creates a hierarchy designated by letters alpha through epsilon with plusses and minuses assigned at the higher ranks. Alphas obviously run stuff and get to have sex with whomever they want. Epsilons pick up trash and get to have sex with nobody.

Everyone has an ocular implant that allows them to be monitored at all times and also maybe record and broadcast what they’re seeing to everyone else in New London. But only sometimes? And the implant is removable for some reason. Another never-explained inconsistency. Also, everyone is on drugs. They pop pills whenever they’re feeling stressed or sad or upset. Which is pretty much always. Different colored pills are for different things. But we are never really made privy to what’s what. Because the writers of this show were lazy. Anyhow, the point is that everyone is supposed to be level and happy at all times. Because level, happy people make for a perfect society. Again, conceptually not a bad idea, but the world building and scripting completely lets the concept flounder.

So how do you fuck up a perfect society? You introduce an x-factor. In this case “John The Savage.” Played by Alden Ehrenreich, this dude is brought into the society from the badlands outside the bubble. The land where people reproduce the usual way, don’t have drugs to regulate their moods and are allowed to have sex with whomever agrees to have sex with them. So this would be the normal people and the people in New London would be… Scientologists. I suppose. Though, weirdly, this show has nothing to do with Scientology, despite the pretty accurate allegory. John falls in love with a women he shouldn’t, punches people (which isn’t a thing that ever happens in New London) and essentially acts like an angry drunk hillbilly dude would if he were thrown into a world of creepy Manhattan socialites who like to throw Eyes Wide Shut parties every night and talk like stiffs at a Harvard faculty party.

The funny thing is, you’re always waiting for the New London stormtroopers to come and throw John in a deep dark pit somewhere. Or at least torture him. But the leaders have been kind of pacified after years of being nice. If you put aside the institutionalized rape and stuff, of course. So he just kind of walks around doing whatever the hell he pleases while people both gawk at him and/or treat him like a celebrity. His handler, Bernard Marx (Harry Lloyd) can’t even seem to get him to wear the ocular thing to track him. So Bernard just keeps constantly losing him. Which is really dumb. Luckily the drugs they all take make it so that if anything disturbing happens (like the equivalent of their president being murdered), they just pop a pill and it’s like nothing ever happened. Yay, no consequences.

Besides the weirdness of Demi Moore playing Ehrenreich’s mom, the show at least seems to be cast relatively well. Ehrenreich is an odd actor, however. First, I believe he’s the only main American actor, which in itself makes him stick out. Second, it feels like everyone else and their British accents is acting in one show and that, perhaps, he’s in another. They treat it as high-art drama. He seems more intent on making this a do-over for his turn as Han Solo in Solo, for which he was roundly criticized. Seriously, though, he seems like he’s playing this sort of droll, but surly version of Harrison Ford in Bladerunner. That’s it! He wants this to be his space noir epic, so he plays it like a hyped Decker. Or maybe even a more smirking cocksure James Dean from Rebel Without a Cause. You’re tearing me apart! I honestly don’t know what the hell he’s supposed to be. Or what this show is trying to do.

So as we hop from orgy to orgy and try to figure out why everyone sucks so bad at their jobs, there’s this whole plot about the people who created this brave new world and this little girl who isn’t really a little girl and all this other mumbo jumbo that is such a giant bunch of nonsense that it was easy to turn my attention away just enough to kind of lose the string toward the waning two of nine episodes. It just seemed that the record skipped over and over again and we found ourselves stuck in a narrative rut. Again, I read the novel a million years ago, but I will always remember the ending. It’s quite striking. I assumed this series would end the same way, even though they changed a lot of it. So when the end comes and our three characters end where they end up and the camera pulls back, I was so confused. I mean, there are ambiguous endings, but this one was just strange. It wasn’t until I Googled things afterward that I realized this wasn’t a limited series and that, in fact, they planned to make multiple seasons. So there went the book’s dramatic ending. And the end of the original IP. I’ve no clue where they go from here, but odds are they’ll have to pull some magic out of their hats to make another nine episodes even remotely watchable.