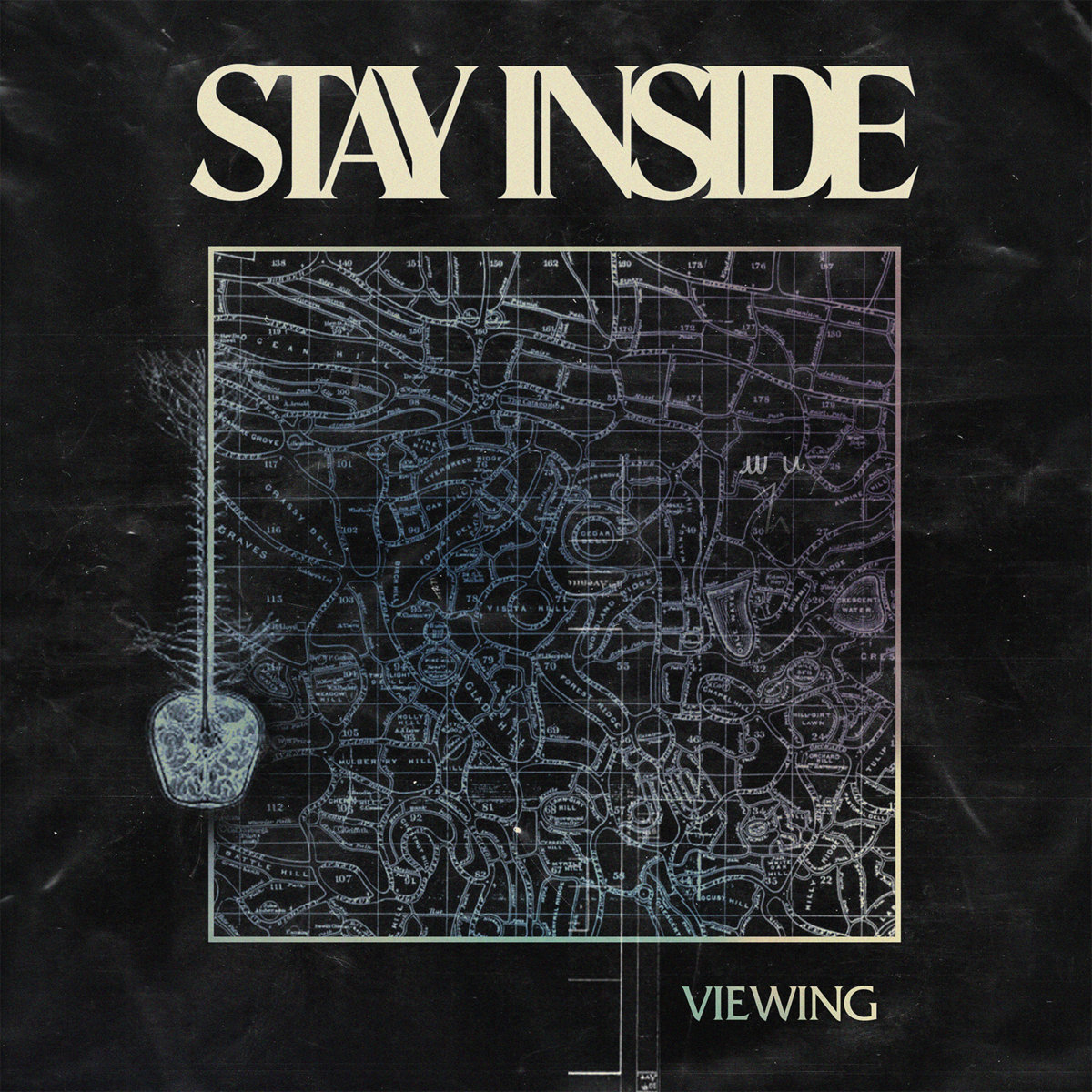 There hasn’t been a band with a name as appropriate for the times we’re currently living in than Stay Inside in quite a while. I mean, I suppose if there was a band called Shitbag Leader or Dumbfuckery, that would also tick some boxes. But as we’re forced to hunker down, socially distance and close ourselves in our houses and apartments, I think this is as on-the-nose as we can get right now.

Categorically, Stay Inside’s music also feels of the moment. Their post-hardcore, post-emo thing reminds me of so much. From the swirling melodies that are reminiscent of a heavier Death Cab to that darkness that permeates post-punk revival bands like Interpol. You even have some of that talking poetry stuff over screamo that bands like Thursday and the like brought to our hi-fis.

This is all to say that the blend of melodic post-hardcore and this kind of mid-nineties emo thing feels especially cathartic in the moment. And, sure, Viewing doesn’t feel particularly new per se, but it is a well-executed example of a band taking their influences and expelling a really good record of a cross-genre throw-back music. I can’t say the band sounds particularly Brooklyn, either, despite them claiming that as their new shared home. It sounds a little too organic and rooted in the NJ, midwestern and Pacific Northwest emo tradition. Not an electronic flourish to be found anywhere. No irony. Just straight forward, dead serious biting themes of death, loss and other fun stuff.

The thing I actually enjoy the most about the album is the heft of the music. Ms. Hipster and I often deride a lot of modern music as “nutless.” It’s actually a term one of our friends came up with some years ago about some Pearl Jam song (he and the Ms. are both big fans, but this particular tune he felt just sucked its balls up inside itself), but it also applies to everything from almost all Coldplay to a lot of that wishy-washy bedroom bullshit that comes out of NYC’s largest borough. So, Viewing has, uh, nuts? With its nice, heavy chorus drops, layered singing, spidery drumming and a good deal of screaming, the shit hits pretty hard. Which in this day and age is a boon. After all, there’s nothing better to drown out the screaming in our heads than music that takes its screaming seriously.